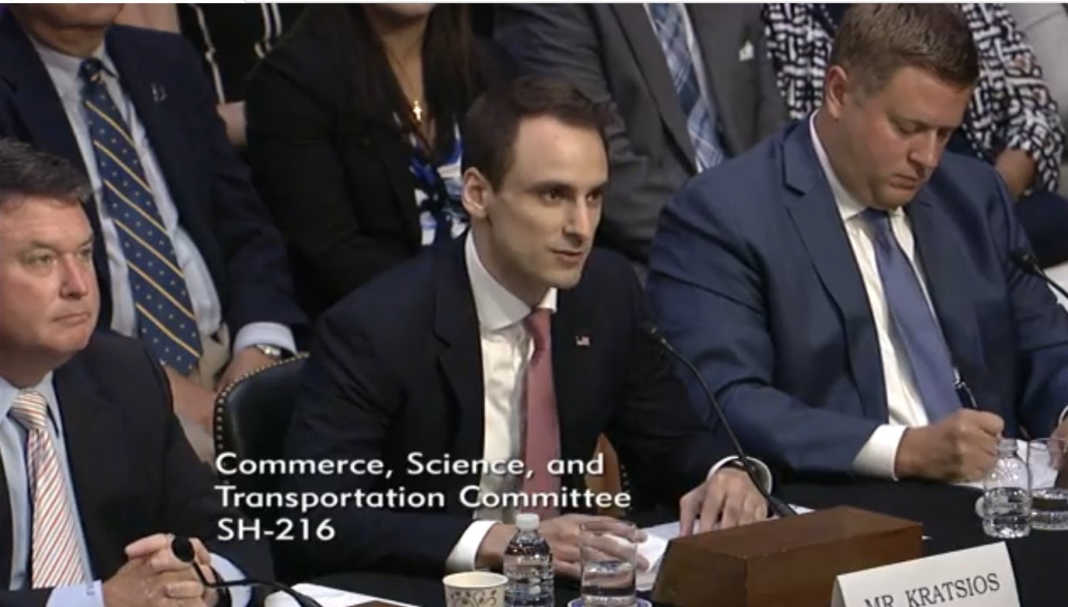 Last week, during his confirmation hearing before the US Senate Commerce Committee, Kratsios began his testimony by saying:

“My mother and my grandfather came to the United States from native Greece in search of a more prosperous future.  They instilled in me that enduring optimism for a better tomorrow.   And I believe that embracing technological innovation, building new technologies in America and shaping those technologies with American values will lead us to that stronger future.”

He has served as the Acting Chief Technology Officer since the beginning of this administration. He has been the White House’s principal technology policy advisor and a secretary-level representative of the US at international meetings, including at the G7 and G20.  He has led a team of policy advisors driving US policy and priorities on a range of technology issues, including: artificial intelligence (AI), unmanned aerial systems, autonomous vehicles, quantum computing, telecommunications, rural broadband, entrepreneurship, the digital economy, cybersecurity, advanced manufacturing and STEM education.