CommunityGreek-American restaurant owner of Baltimore launches fund to save eateries from closing...
CommunityFeatured

Greek-American restaurant owner, John Minadakis of Jimmy’s Famous Seafood demonstrates the meaning of “Philotimo” by starting The Famous Fund campaign to save Baltimore restaurants and bars from closing during the pandemic.

What started out as a bet between Baltimore Restaurant owner of Jimmy’s Famous Seafood, John Minadakis, and Barstool Sports site owner David Portnoy has turned into a huge crowdfunding campaign to save Baltimore restaurants and bars.  The bet was simple- if the Baltimore Ravens won against the Buffalo Bills in the NFL Divisional Round, then David Portnoy’s Barstool Fund would save one Baltimore restaurant.  David Portnoy’s Barstool Fund was already fundraising to help struggling restaurants and had raised an impressive amount of more than $22 million to save small businesses nationwide in trouble due to the COVID pandemic. Barstool’s impressive fundraising abilities inspired John to start his own campaign.

The Famous Fund had an initial goal to raise $100,000 to save a few local Baltimore restaurants and bars that would not survive in the next few weeks. In the GoFundMe page he created he stated, “Baltimore City restaurants are dying a slow inevitable death due to the mayor’s indoor and outdoor dining ban. These establishments were not able to open their doors during Christmas, New Years’, the Ravens playoff run, and many more events. Over 20,000 employees have lost their source of income as a result of the ban, and experts predict that anywhere from 40-70% of establishments will never be able to reopen.” 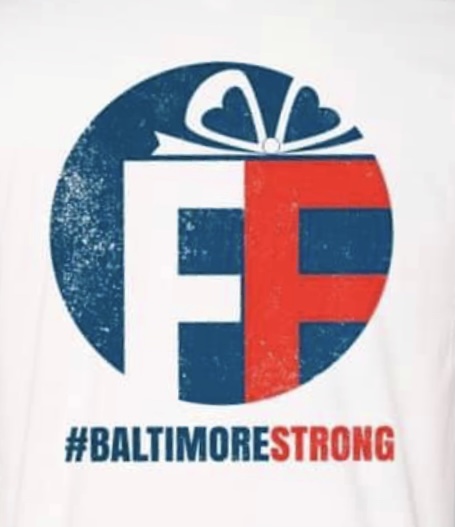 After raising over $200,000 in the first four days, The Famous Fund gained huge momentum garnering donations from Orioles and Ravens players, local and national athletes, as well as celebrities and over 2,000 individuals and businesses. The Famous Fund became a non-profit organization, falling under the umbrella of Ravens kicker Matt Stover’s Player Philanthropy Fund and has since raised over $400,000.

A committee reviews the list of nominated businesses that are in need and a decision is made.  Once a business has been chosen, various athletes, local radio or tv celebrities, make a video call to the recipient of this much needed assistance. The call is a lifeline for the recipients who have been struggling during this pandemic that has wreaked havoc on the restaurant and bar industries. Thus far, over 20 businesses have been recipients of this financial help including, Shotti’s Point, Sliders Bar and Grill, The Urban Oyster, LaScala, Simply Marie’s, and Vikki’s Fells Point. Two Greek-American owned restaurants, G&A Restaurant and Michael’s Steak and Lobster House, were also recipients.

Andrew Farantos, owner of the iconic diner G&A Restaurant in Highlandtown, which was founded by his grandfather in 1927, received the call from Orlando Brown of the Baltimore Ravens informing him he was a recipient of The Famous Fund. Clearly touched by the generosity, Mr. Farantos said “On behalf of my family and the entire community I want to thank everyone for this shot in the arm. This past year has been rough, and this is such a blessing because all small businesses are hurting.” He asked for everyone to support all small businesses who have not had to close yet and are doing all they can to stay open and stay afloat.”

Sophia Gerapetritis received the call from WWE Superstar, Roman Reigns, announcing to her that her family restaurant, Michael’s Steak and Lobster House in Baltimore City, is one of the recipients. She said, “We’ve been in business for 31 years.  The restaurant was started by my mom and dad. My dad has since passed away, but we are carrying on his tradition. We have gone through a lot in the last 31 years as expected, but nothing like this. I would have never thought that something like this would have touched and affected us the way that it has. It is a struggle because we had to furlough employees, who are like family and have been with us since we started out. You see restaurants around you that are closing, and you think wow, this is not good. You feel for them and you ache because with everyone that closes you think is it going to be me next or somebody else that we know. It’s really really hard.” With tears in her eyes, she thanked him and the Famous Fund, saying “It means a lot. We are all just struggling, trying to survive out here. It is a huge help. God Bless you and thank you all so much.”

John Minadakis, a local hero during this pandemic, was born and raised in the St. Nicholas Greek Orthodox Community of Baltimore. Just a few miles away from the church was the restaurant his father, Jimmy Minadakis, built.  When asked what his driving force was, he said his upbringing and his education attributed to his inspiration to create the fund. “My father came here to the US, literally with nothing in his pocket. He didn’t know the language and the community embraced him.” His father would say “this community has given me everything that I have so you have to give everything you have back.” 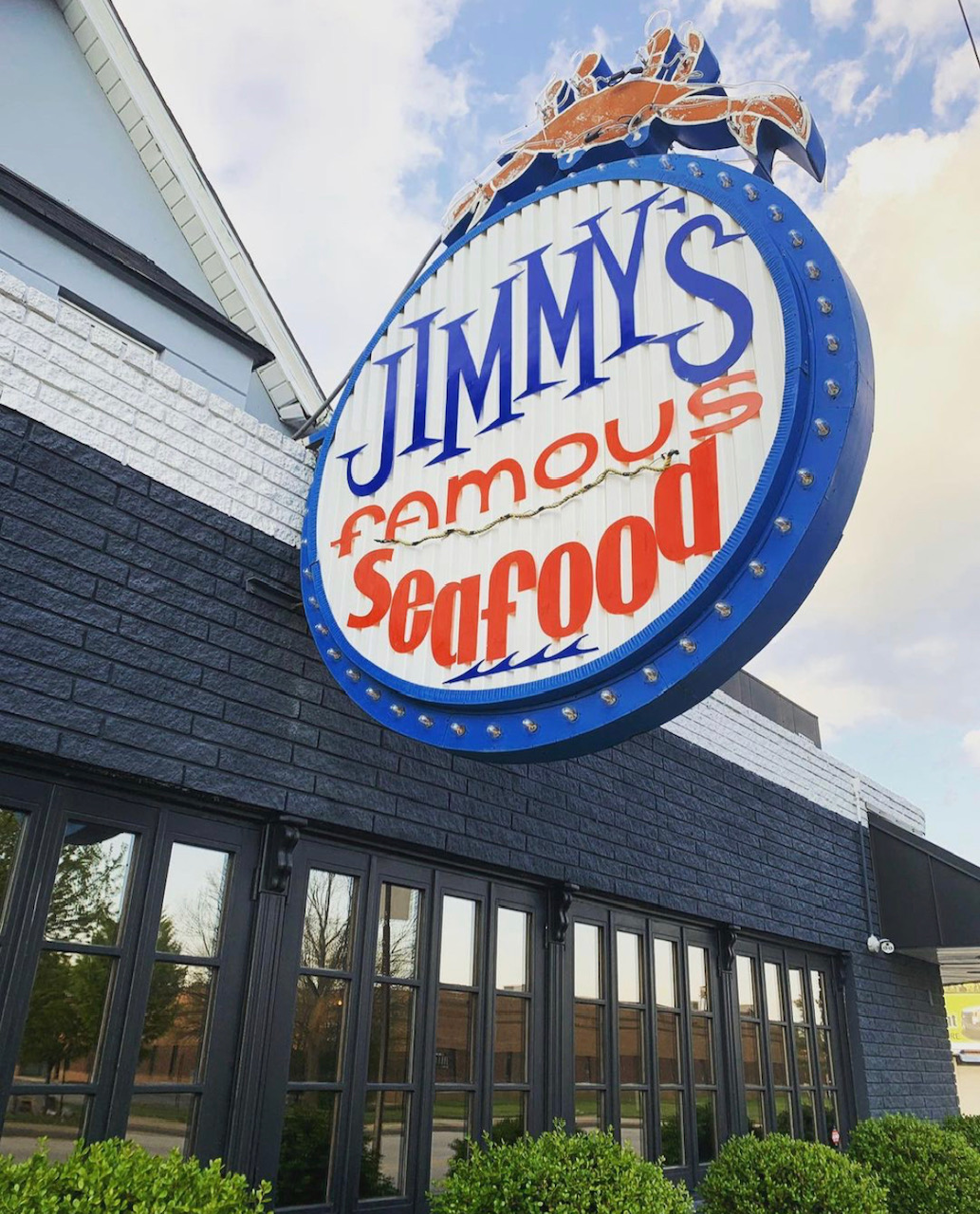 His father’s philosophy along with his Jesuit school educational rearing at Loyola Blakefield in Maryland influenced the various philanthropic campaigns that Jimmy’s Famous Seafood has organized since he became CEO. Such campaigns include “Toys for Tots” at Christmas and “Crabs for a Cause” supporting Breast Cancer Awareness. “We have been fortunate to have a little bit of success here recently and I’ve just been able to amplify my efforts, by calling in as many favors that I can because we’ve always had a semblance of giving back in our business model. It is who we are. It’s in our DNA. These places will not be there when this pandemic is over if we do not step up right now and help them.  All these places that you have so many memories, are going to be gone.  We have to save them. We have to be there for each other and show what Baltimore is all about. We are about neighbors helping neighbors,” said John Minadakis.

Mindakis not only makes statements that embody the Greek virtue of Philitimo, but he also backs them up with actions and follows through. In the process, he has helped not only his fellow owners of restaurants and bars but the Baltimore community as a whole.  Through their efforts to help the community, John Minadakis along with his brother and co-owner of Jimmy’s Famous Seafood, Tony Minadakis, brother, Nick and their mother, Foula have consistently demonstrated the Greek virtue of “Philotimo” which encompasses the concepts of pride in self, family, and community.  If you would like to nominate a restaurant or be considered for funding email [email protected]