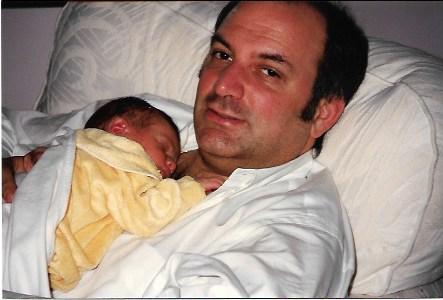 By Paul Kotrotsios and David Bjorkgren 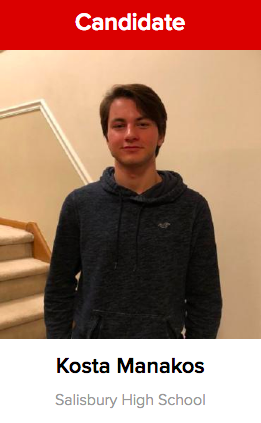 Kosta Manakos knows what Leukemia and Lymphoma can do to a family.  The 16-year-old lost his father, George, to terminal Non-Hodgkin’s Lymphoma when he was only 18 months old.

Now he is starting a fundraising campaign, with help from the Hellenic News of America, to honor his father’s memory and bring hope to those diagnosed with blood cancers.  His goal is ambitious.  Working through the Leukemia & Lymphoma Society’s Student of the Year campaign, the teenager wants to raise at least $50,000 in his father’s name to fund research on blood cancers.

The Student of the Year program encourages high school students to raise money on behalf of the Leukemia & Lymphoma Society.  Every dollar raised by a candidate or a team counts as one vote.  Whoever raises the most money at the end of seven weeks, Jan. 21 to March 10, is named “Student of the Year.”  Money can continue to be raised through July 10. Collected funds support the LLS mission to find cures for blood cancers and ensure patient access to the treatments they need. The teen from the Allentown area is competing with students from around the Lehigh Valley, and from other chapters in Philadelphia, New Jersey, and New York.

If Manakos and his team raise $65,000 by March 10, they can link his father’s name to an LLS-funded research portfolio.  LLS has already helped fund 19 of 39 new cancer-fighting drugs approved by the FDA in the past 10 years.  Of those 19, all show promise for treating other cancers, Manakos reports.

“I have been given the opportunity of a lifetime to help others,” Manakos writes in a fundraising letter to potential donors.  “Please help me raise funds for the Leukemia and Lymphoma Society so we can prevent children from experiencing the pain of growing up without a father.”

Manakos’ fundraising campaign was inspired by his father’s selfless words when he said, “I’ll always be thankful that I have this disease instead of a child having it.”  The campaign coincides with the 15th anniversary year of his father’s passing.  Manakos said he wanted to do something special for his dad to mark the anniversary and believes it is his responsibility to raise money for an organization that has done so much to help his family

Hellenic News publisher Paul Kotrotsios sat down in February with Manakos at St. Nicholas Greek Orthodox Church in Bethlehem to talk about his campaign.  Kotrotsios offered his congratulations and the newspaper’s support.  “Bravo for remembering your dad,” Kotrotsios said. “The Hellenic News of America is here to support and promote your efforts to the entire community.”

The publisher discovered Manakos’ campaign after receiving a letter from his grandmother, describing her grandson’s efforts as “a worthwhile cause in memory of his father.”

“All my family members are helping me out,” Manakos says.  His cousins are raising money in New Jersey and are doing great, he adds.  The rest of his family is fanning out in the Lehigh Valley area, tapping into their business connections.  Besides sending out fundraising letters, Manakos hopes to have a Greek dance fundraiser and is looking for vendors to participate.  He’s also working with his uncle on a breakfast fundraiser at Billy’s Downtown Diner in Allentown.  He and a friend at St. Nicholas Church are raising money there.

To make a tax-deductible donation to Kosta Manakos’ campaign, visit http://events.lls.org/epa/2018SOYLV/kmanakos#Welcome-to-Kosta-Manakos-SOY-Fundraising-Page.  You can also send a check payable to the Leukemia and Lymphoma Society C/O Rosta Manakos to 740 Yorkshire Road, Allentown, PA 18103.