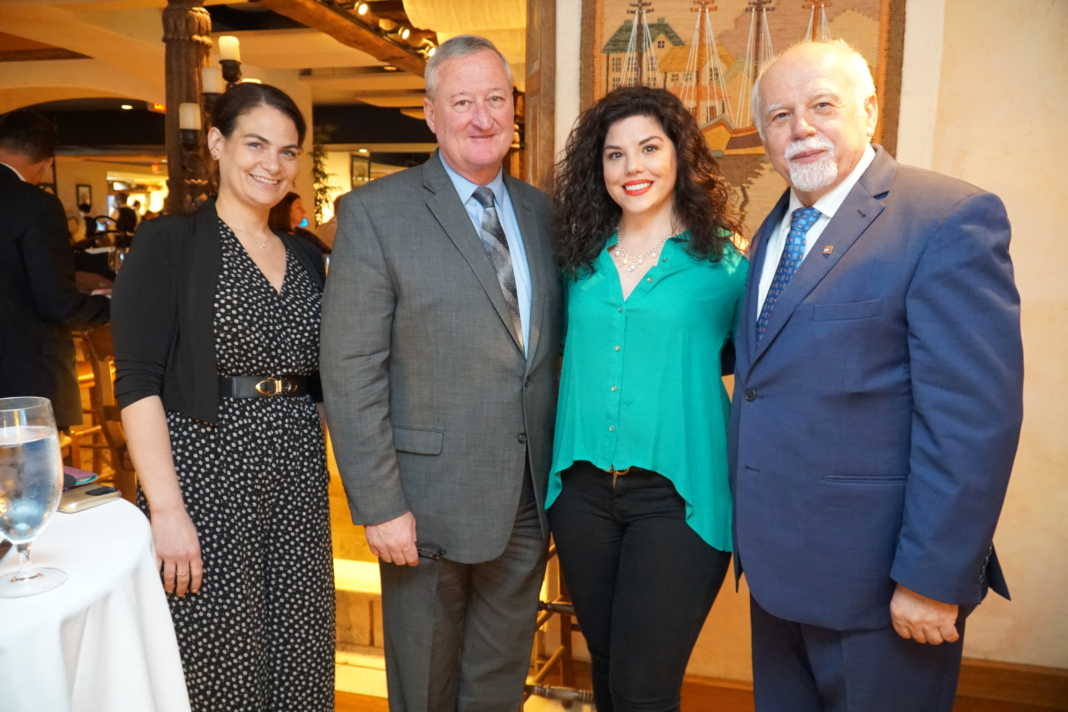 Philadelphia, PA – On May 6, 2019, Paul Kotrotsios, Founder and Publisher of the Hellenic News of America, organized a fundraiser in support of the Mayor of Philadelphia, Jim Kenney, who will be running again in the upcoming election. Prominent members of the Hellenic American community where in attendance and in support of the Mayor’s decision to run for another term in office. The event was held at the prestigious Estia Restaurant in Center City Philadelphia, PA.

Mr. Kotortsios thanked all guests in attendance and their support of Mayor Kenney. “Mayor Kenney serves as the 99th Mayor of Philadelphia. He has accomplished many good deeds for our city during his tenure. Mayor Kenney is focussing heavily on education, public safety, diversifying the workforce and improving economic opportunities in Philadelphia. He is constantly working on ways to rebuild this magnificent city of brotherly love,” shared Mr. Kotrotsios.

He then went on to share about the Mayor’s love for Greece, its people and the important role they play in the business community. “Mayor Kenney attended and addressed the audience of the 28th Hermes Expo on April 10th here in Philadelphia. Hermes Expo established a trade agreement in 2002 with the then Mayor of Philadelphia, John Street, between the City of Philadelphia and the City of Thessaloniki, Greece. Mayor Kenney’s active participation at the Hermes Expo shows his willingness to strengthen ties with our Hellenic American community here in Philadelphia and to continue building ties with Greece.”

Mayor Kenney thanked Mr. Kotrotsios and his wife, Linda for organizing the event in his honor and the opportunity to meet all the wonderful people of the Hellenic American community in attendance. He also mentioned what a great experience the Hermes Expo was and that he wishes he could have stayed longer. He shared with all in attendance all of the remarkable work he and his team are working on for the City of Philadelphia.

“One important thing we are concerned on is education. We are funding it on a level we have never funded it before. We have asked for over 1.2 billion in appropriation over the next five years. We see test scores and graduation rates improving. It is not perfect, we have a long way to go but it is moving in the right direction. We have instituted the beverage tax and are working on improving our pre-k. We have invested in our schools, our pre-k program and our rebuild program, which is to renovate over 200 parks, rec centers and libraries in order to bring them up to speed because they have not seen any love in over forty years. We are moving forward,” said the Mayor.

It is true; Philadelphia has seen a complete makeover. The city is becoming more and more of a target for new businesses and is growing in student population. Many more parks have popped up across the city enabling the community to come together. It is becoming a more attractive destination for business owners, homeowners and visitors.

“We are continually having our problems with the Trump administration on immigration. We are standing up to him against that all the time. We believe that we need immigrants here. Look what immigration has produced just right here in this room. So we need more immigrants, we need more people who want to work and start families and start businesses. About 90% of all of our new businesses started in this city in the last ten years has been by immigrants. It is very important we continue to be open with arms wide open to people from other countries, shared the Mayor.

“I want to thank the Hellenic American community in particular for their hard work. Look at the generations after you, you’re in law school, you’re a scientist, you’re a restaurateur. It is really wonderful because you all care about educating your children. I have heard about all the places the young folks have graduated from and where they came from and how they got there and it is really wonderful,” said the Mayor.

Primaries are on May 21st and the general election in on November 5th. It is important that we educate, motivate and inspire our community to get out there and vote on these important dates. Remember it is our right and duty as a responsible citizen to vote.

“On behalf of the city, thank you for what you bring to the city and the contributions that you make. I really appreciate your generosity, your help and votes. Thank you all,” shared the Mayor with excitement.