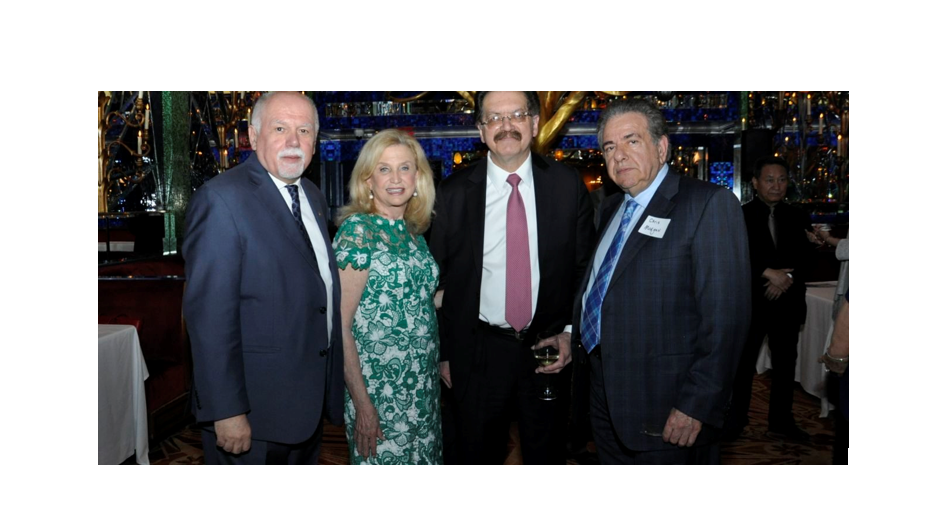 That support was evident June 26 when incumbent Maloney beat her Democratic challenger Suraj Patel in the Primary Election.  Maloney represents the 12th Congressional District, a stronghold for the Greek diaspora community. It   includes Astoria, Long Island City, Williamsburg, Greenpoint and the majority of Manhattan’s East Side.

She is also founder of the Hellenic Congressional Caucus and supports strong U.S. ties with Greece and Cyprus. The Caucus helps place the focus in the U.S. Congress on diplomatic, military, and economic issues in Greece, Cyprus, and the Eastern Mediterranean.

Katsos presented opening remarks at the fundraiser, held at the Russian Tea Room in Manhattan, praising Maloney’s work on behalf of the Greek and Greek American community.

“The reason why I wanted to host this event was whatever Hellenic American activity takes place, whenever there was a request for her presence, Carolyn Maloney was there for us and in my opinion whoever is there for us, we have to be there for them …” he said.

Katsos recognized Maloney’s efforts on behalf of Greeks, describing her as a “tireless fighter for our community,” especially regarding the protection of the Hellenic name in Macedonia. “She was there when the demonstrations were taking place outside the United Nations,” Katsos said.

Massive protests have erupted over a June deal between Greece and Macedonia that changes the name of the Former Yugoslav Republic of Macedonia to the Republic of North Macedonia in exchange for allowing that country to join NATO and the European Union.  Greeks consider it an insult to their Greek Macedonian heritage and don’t like the fact that the Former Yugoslav Republic of Macedonia, now North Macedonia, continues to use the Hellenic name Macedonia, which is also a northern region of Greece that has called itself Macedonia since Alexander the Great.  Maloney has spoken out against the deal and introduced a Congressional resolution to protect Greek Macedonian heritage.

“She will also be there in the next fight … because it’s a serious, serious issue which we’ll discuss further. Yes, someone signed an agreement but no, both the Hellenic people and the Hellenic American people are against it,” Katsos said.

Katsos also praised Maloney’s support for human rights and religious freedom as it relates to the Ecumenical Patriarch in Constantinople, and for her fight to get rid of the “Illegal Turkish occupation of Cyprus.” “What can we say? She has done a lot for us. We are happy and proud to support you, Carolyn.”

Maloney has been outspoken on Turkey’s violations of international law and illegal incursions into Greek airspace. She also actively supports a just and lasting settlement of the illegal Turkish occupation of the Republic of Cyprus.