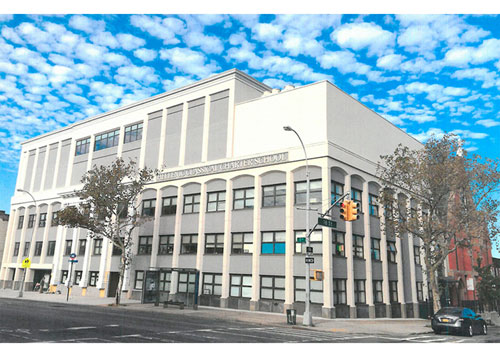 HCCS-SI is modeled after the highly successful HCCS – Park Slope (HCCS-PS), a charter school located in NYC CSD 15 that has a long and consistent history of success, and has been designated a High Performing Reward School by the NYS Education Department for four consecutive years. In addition, HCCS Park Slope ranks among the top charter schools in New York.  According to Politico and The NYC Affairs HCCS is a “model of integration.”  HCCS is profiled in New York City’s Best Public Pre-K & Elementary Schools Parent Guide by Hemphill & Raschka.

The two schools will share one Board of Trustees. Christina Tettonis, current Principal of HCCS-PS, will transition to the role of Superintendent for both HCCS-PS and HCCS-SI.

HCCS-SI will follow the outstanding educational model of HCCS-PS and build upon the education strengths of District 31 schools.  HCCS-SI will provide a diverse student body with a rigorous education in a dynamic environment. Using a standards-based curriculum, enriched with the Greek and Latin languages, and the classics woven throughout, students will engage in dialogue using the Socratic method to become critical thinkers. Students will become college and career ready and well-prepared to succeed and contribute to the global community as responsible citizens.

School Board Chairperson Charles Capetanakis, Esq., stated “Yesterday was another great chapter in HCCS’s amazing history. We look forward to replicating our success and thank all our supporters including the elected and appointed officials for their consistent support. “

“I am thrilled that we will be replicating our amazing school to Staten Island.  We are looking forward to our new beginning and working with the children, families and educators in District 31”, said the principal of HCCS, Christina Tettonis.

Joy Petrakos, Founding Director of Operations said “This an exciting time for our HCCS family at large! We are very eager to build a new foundation in District 31 and bring our exemplar model to the students of Staten Island.”

HCCS Park Slope opened its doors on September 6, 2005 and was established to provide a classics based education in the study of humanities and literature for students in Kindergarten through 8th grades.  HCCS has proudly received three charter renewals and continues to exceed the district, city and state averages on the New York State Examinations.