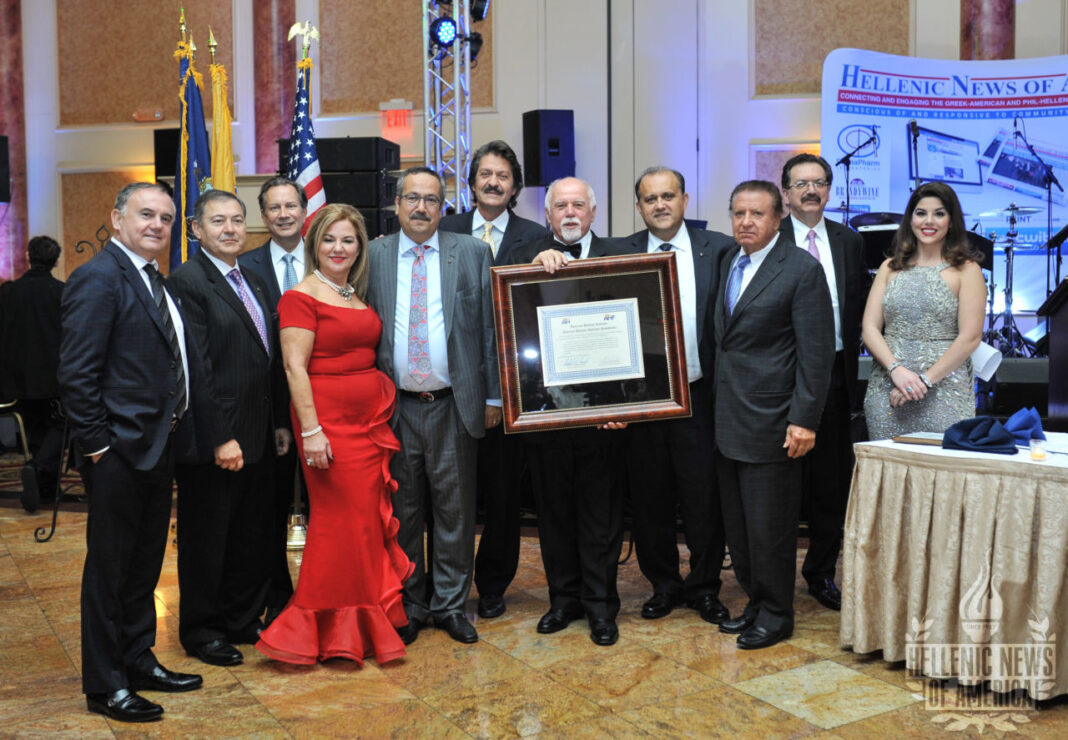 On May 1, the Hellenic News of America will be celebrating its 35th anniversary at the Grand Marquis in Old Bridge, New Jersey. This GALA will consist of a cocktail reception, an awards ceremony, a dinner, as well as live entertainment and dancing.

Speaking of live entertainment, Greek folk singer Giorgos Velissaris & Orchestra will be performing, and DJ Tommy Karas will be in attendance.

The Hellenic News of America was founded by Paul Kotrotsios back in 1987, and ever since, it has developed into a multimedia platform that includes a monthly bilingual print and a daily digital news portal featuring unique articles that chronicle the news and developments of the Greek-American and Philhellenic communities, Greece, and Cyprus.

“At times, it is hard to believe that we were able to sustain such a unique powerhouse for 35 years for such a niche market in America,” said Aphrodite Kotrotsios, CEO & Publisher of the Hellenic News of America.

“Over the years, we have developed a strong network of friends, subscribers, advertisers, supporters, and sponsors. Really, we are celebrating them and their belief in our mission of serving as a voice and focal point for the Greek-American and Philhellenic communities.

Hellenic News of America is more than just a newspaper. It has heart, it has passion and it has love for the Hellenic ideals, principles, culture, and language, ultimately, perpetuating the Hellenic spirit in America,” Aphrodite elaborated.

The main focus of the newspaper is the Omogeneia and the Diaspora. The Hellenic News of America serves as a bridge that unites the Greek-American and Philhellenic communities and perpetuates the Greek culture and ideas.

During the 35th-anniversary GALA dinner, an awards ceremony will take place honoring individuals who have gone beyond expectations through the years with important and lasting contributions to the Greek-American and Philhellenic communities.