Her dedication gives autistic individuals a chance to thrive 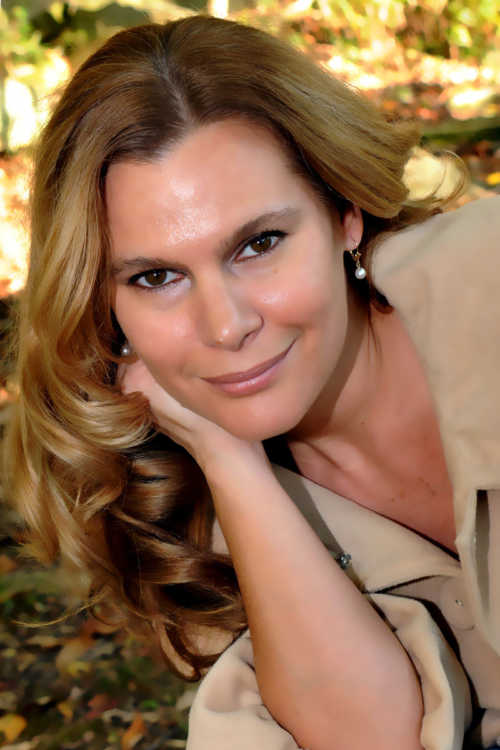 When Maria Papageorgiou sees one of her autistic students, she sees potential.

Through love, patience and dedication, she helps the student reach that potential, teaching them to communicate with the rest of the world.

Papageorgiou is a senior speech-language pathologist and clinical administrator at the Montgomery County campus of the Kennedy Krieger Institute in Maryland. The school serves individuals with intellectual and multiple disabilities.

Her students are amazing, she says. “Once you kind of get to know them and connect it’s amazing how many wonderful things you’ll discover.

There are some terrible myths out there about autism. “The children and teenagers I work with just need to be taught how to do certain things because they may process information differently than you or I.”

Each is unique. “You can’t put people in little boxes or categories.”

Autistic persons see the world the same as everyone but experience it differently. The cause is unknown, though research points to certain genetic and environmental risk factors.

Vaccinations are not shown to cause autism, according to the latest research, but Papageorgiou still supports more research to learn as much about it as they can.

Nervous parents can place their child on a vaccination schedule that will extend out, allowing the child’s body to take in the vaccinations slowly instead of all at once. Vaccines should be given because they’re important, but spread them out to avoid different reactions that might lead to risks.

Papageorgiou became fascinated with the study of communication disorders while researching autism during undergraduate studies at the University of Maryland. She earned a master’s degree in Speech-Language Pathology at the University of the District of Columbia. The devotion to her students, though, comes from an earlier place in her life.

“From the time I was a child, I loved teaching and helping others,” she says. As early as eighth grade she was volunteering at food shelters, nursing homes and children’s hospitals, places as varied as the Hellenic American Academy summer camps and preschool programs, The Children’s Inn at the National Institute of Health and the Children’s National Hospital.

“I discovered a kind of brilliance in kids, and even though they did not have many opportunities the hope was still there. That was like magic to me to see how they were grateful for so little. That made me truly aware of others and what they may be going through.”

She’s worked at the Kennedy Krieger Institute for 18 years. In 2007, she joined a leadership team to start an Autism Spectrum Disorder program for 7- to 21-year-olds at the Montgomery County campus.

She’s always been fascinated with the science of language and the brain and went to work for the National Institute of Mental Health after graduate school.

While there, she co-authored “Attentional Capacities in Children with Autism: Is There a General Deficit in Shifting Focus?” for the Journal of Autism and Developmental Disorders. She also participated in a brain imaging study looking for immune changes in the brains of autism patients.

Papageorgiou served on a committee for Prince George’s County Public School System that was awarded a Certificate of Merit of Dedication and Outstanding Achievement for its “intensive needs” pilot program for autistic infants and toddlers in Prince George County.

“It takes a special and skilled group of people to draw out all of their marvelous qualities deeply hidden. It also takes a motivated client and a very talented therapist or educator.”

In collaboration, staff creates programs that help students transition to the community and lead successful lives. Papageorgiou is part of the staff that developed Kennedy Krieger’s award-winning social skills curriculum.

She uses song and theater approaches in her therapies, which have gotten good results.  She has always loved to sing, dance and act.

Video modeling and role playing are effective tools to teach social skills since autistic brains “think in pictures” and they love to watch movies, she says.

The staff records the students interacting on a specific topic. “They’re very detailed about something they like so when they start talking about something, they know so much about that topic, more than we could ever know.”

The students watch the video of their conversation, then talk about it to see where they behaved inappropriately, such as interrupting the other person. They learn strategies for social interaction.

“Our goal is to get them to a point where we can fade back and have them be more independent and use what we call compensatory strategies,” she says.

Success comes from a motivated student, a creative and steadfast clinician, family support and a consistent life between home, school and community.

Papageorgiou is now working with autistic adults to help them as they venture out into the community. The kids she worked with are growing up and need to find a job and a place to live. “What are they going to do, sit around in the house all day? They have great skills they can offer.”

Still, communities need to educate themselves and listen “because they are missing out on meeting incredible individuals.”

Grocery stores could use an individual with ASD. “People with autism are very organized. They’re good at categorizing, stocking shelves, looking for expired dates,” she said.

Papageorgiou brings a host of Greek values to her work. Raised in a Greek family, her parents taught her with words and example the Hellenic values of religion, respect, love and consideration, especially for those in need.

She was born in Washington, D.C., baptized in Greece and raised in Chevy Chase, MD.  Papageorgiou is happily married to a man who is part Greek, part Italian.

Her mother’s family is from the island of Kos. Her father’s family is from Evia, Greece. Since she was a toddler, she has spent summers in Greece with her grandparents. She went to Greek school, and was immersed in the culture. She speaks and writes fluent Greek and calls Greece her second home. “That’s a big part of me, being Greek.” She feels privileged to live in a rich environment of Greek family values, Greek Orthodoxy and traditions, songs, dance and music. The Hellenic News of America, she says, serves as a “much-needed torch carrying the flame of Hellenism” by communicating to the Greek people abroad important issues on culture, education, religion, science, business, politics and more.”