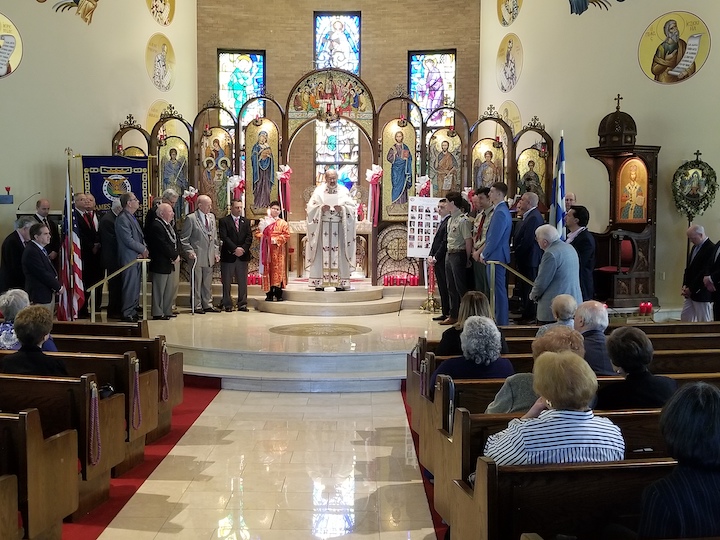 Father Nicholas Anctil read the Encyclical from Metropolitan Methodios and in tribute to those Brothers who were no longer with us, memorialized their memory in a beautiful pictorial ceremony. James Zafiros, Vice Chairmen of the chapter, responded, by thanking Father Nick and the New Rochelle Community for their year-round support. Brother Zafiros “stated this was AHEPA’s 97th Anniversary and in three years AHEPA will be celebrating their 100th anniversary, a remarkable achievement for any Greek American organization. Its been a journey for the ages for the two pillars of Hellenism worldwide, the GREEK ORTHODOX CHURCH and the Order Of AHEPA”. The chapters pageantry included the presentation of the colors by the Sons of Pericles and the Scouts, with a colorful rendition of the Anthems by Holy Trinity’s  Junior Choir. A large delegation of more than fifty members of the New Rochelle AHEPA family joined Father Nick at the Altar. The community responded with a standing ovation for the Chapter. A tribute well earned. AXIOS! 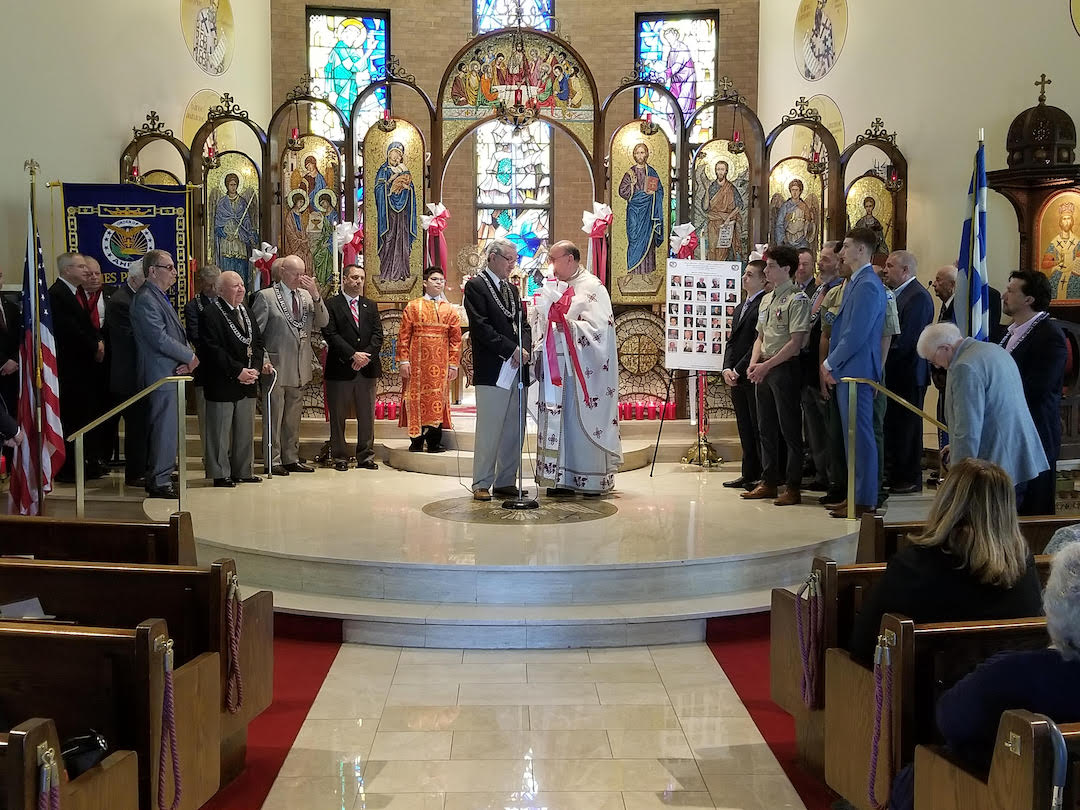