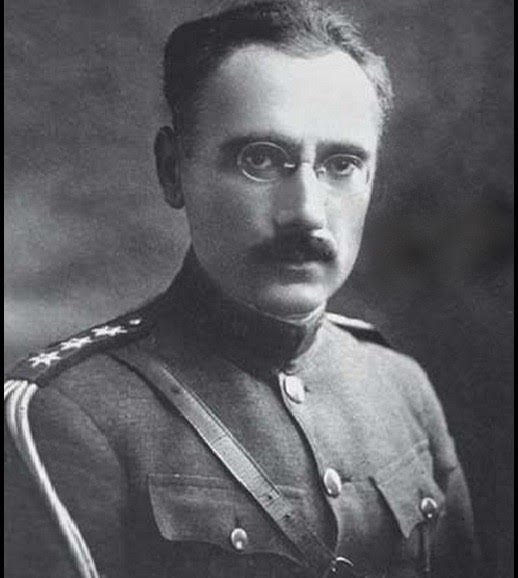 As told to me by Iakovos Frizis, son of the Colonel:

In Athens, an order was given for the Jews to register at the offices of the Jewish community. I went there with my mother and my two sisters. There were many desks with government employees, and people were lined up according to their last names. We went to the line for names beginning with the letter F. After my mother told the official our name, he asked, “Are you related to Colonel Frizis?” My mother said, “He was my husband.” The man immediately got up, stood at attention, and with great emotion in his expression and in his voice he said, “I served under Colonel Frizis in the war. He was like a father to us. I cannot write your names in these German lists. Leave immediately!”

We went home and, before entering our house, we discussed what happened with our next-door neighbor Mr. Vogiatzis. He said, “If you are not registered, the Germans will not come here to look for you. In case they do, do not open the door. Go up to your terrace, jump the little wall that separates our terraces, and come down to my house.” He was a good man. The Germans never came looking for us.

The above story is an excerpt from The Illusion of Safety: The Story of the Greek Jews During the Second World War, (second edition, Vrahori Books, 2021) by Michael Matsas. Dr. Michael Matsas was born in 1930 in Ioannina, Greece, and from October 1943 to October 1944, he survived WWII in the free Greek mountains with his immediate family. He graduated as a dentist from the University of Athens in 1953 and served as a dental officer for three years in the Greek Army. In his last year, he was the dentist of the Military Academy of Athens.

Previous article
The Greek-American community of Lancaster, PA, comes together for Greek Heritage Night
Next article
This Cypriot American Survived The Turkish Invasion. Now She Needs Your Help to Find a Kidney