GreeceHow to get Greek Citizenship through my Greek-born parent
Greece

How to get Greek Citizenship through my Greek-born parent 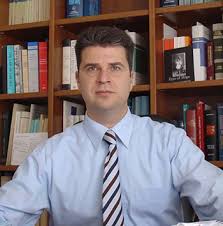 “My mother was born in Greece and I would like to know if and how I could obtain the Greek citizenship, which I believe is like a European citizenship, as well. Could you please advise how this could be done?” This is a very common request, which I receive from many people, born outside of Greece to Greek parents or grandparents. The pattern is the same. A Greek-born father or mother, or grandparent, and fewer times a great grandparent. Sometimes, the ancestor was not even born in Greece but was Greek anyway. In that case, you can read my article “How Much Greek You Feel?”.

My initial reply is that first we need to know the full data of the parent born in Greece. His or her name, last name, (maiden for a woman), place and year of birth in Greece, as accurate as possible, and the first name of his or her father, as the minimum data, which allows the proper search to be done at a municipal office in Greece. The aim is to locate, if possible, the valid registration of the parent, at a Greek Municipal office. This is the Demotologion for men and women, which is like the main book of citizens. Anyone registered at a Demotologion is a Greek citizen. The other option, available only to men for obvious reasons, is the army record or Male Registry, which can help us locate valid registrations of men even from the 1870’s in some parts of Greece and later.

If we locate the birth record of the parent born in Greece, the next thing we need is his/her marriage certificate. The marriage may have taken place in Greece or abroad and in that case, for older marriages, we must establish whether it was only a state / civil marriage, or a religious marriage, as well. And in that last case, what type of denomination. All foreign (non-Greek) certificates of birth and civil marriage must have the Apostille stamp, if they come from the USA, Australia, the UK, South Africa, Brazil and most other countries. If they are issued from Canada and few other countries, they do not get the Apostille. Instead, they are notarized by the Greek Consulate in that country, or by the respective foreign Consulate in Athens. The aim is to register the foreign marriage at the Special Registry in Athens. If this is the marriage of the grandparents of the applicant, whether it was civil or religious may determine the prospects of the citizenship application, especially if the marriage has taken place outside of Greece and before 1983.

We also need to know whether this marriage was a first or second etc. for the Greek-born parent of the present applicant for Greek citizenship. If it was not a first marriage, we will need the first marriage and the divorce court ruling, in order to recognize it in Greece with a court petition and hearing, which does not re-try the divorce in its merits, but simply transfers its validity into the Greek legal order.

Subsequently, we need the birth certificate of the person interested in the Greek / European citizenship, from the foreign country, always with Apostille or Greek Consulate notarization. We need to register this at the Special Registry in Athens, too. Names must be consistently stated in all certificates. Serious name and spelling changes can be a serious problem. They can be overcome with adjusted translation or justification of the name change, either with a court or administrative decision abroad, if this exists, or with photo identification documents (passports or another photo ID), where each version of the name appears in each photo id. The photos in the photo ids serve as the link, proving that both versions of the name belong to the same person.

Apart from the above basic info, there are many variations of facts and details in each case, which make it unique and call for legal advice on specific issues by experienced attorneys in Greece.