HRF distributes meals for 220 people in need in Athens, Greece 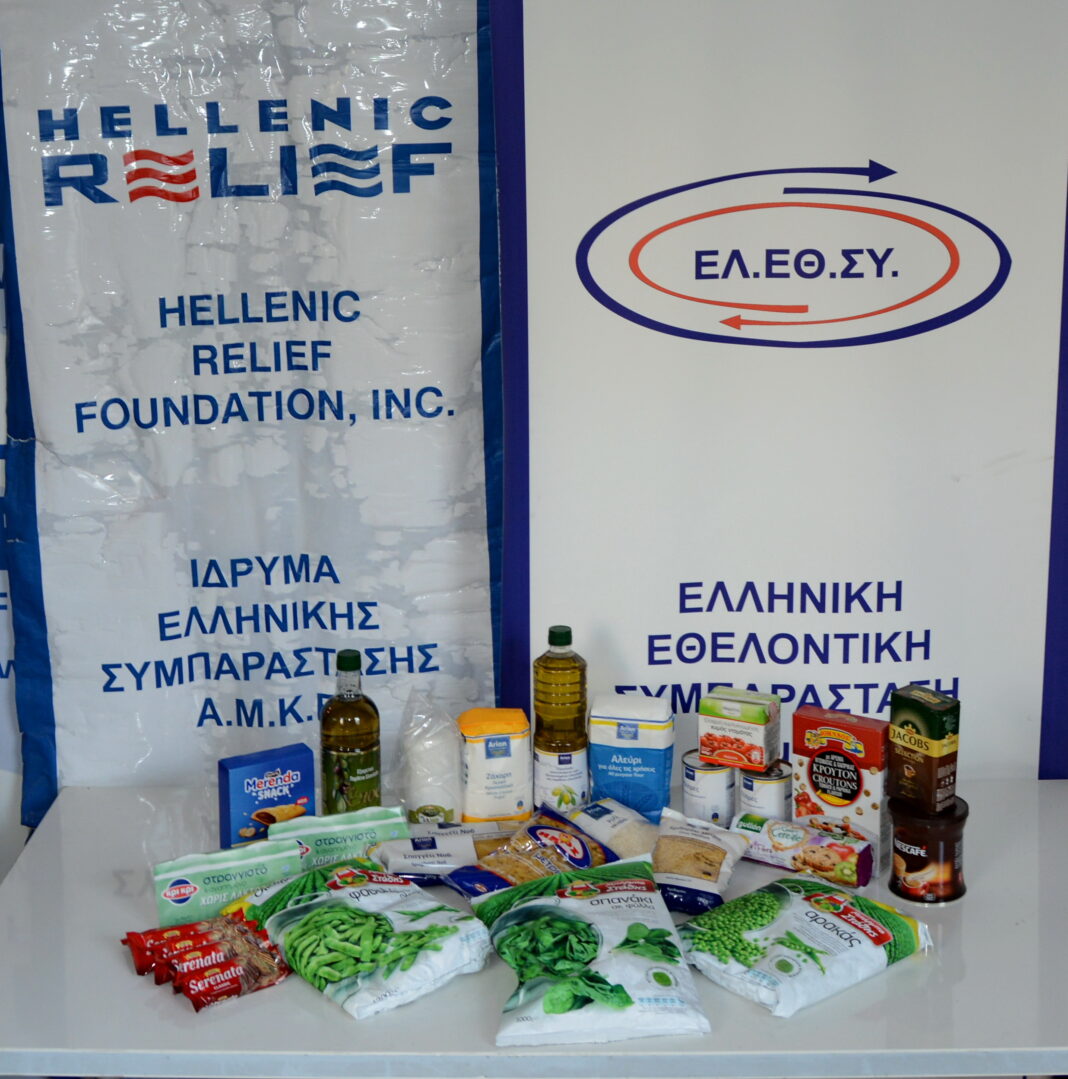 The Hellenic Relief Foundation and their partner organization held their monthly distribution at their headquarters in Athens, in partnership with the Social Committee of the Athenian Society. The food packages contained non-perishables (pasta, rice, flour, orzo, oil, etc.), and were provided to financially weakened families and single households. In total, around 360 food packages were distributed, including gift certificates for food purchases, compliments of the N. Konstantopoulou Group. The beneficiaries were also able to obtain clothing, donated by the omogenia through a number of Philoptochos groups from parishes in New Jersey. In addition to the distribution to the beneficiaries, various institutions and foundations were provided nutritional support, including the Meropeio Nursing Home of Athens.

Prior to the distribution, and specifically on August 15th, a meal was held for 220 people in need, through the Church of the Transfiguration of Kallithea. Meanwhile, during the month, H.R.F. sponsor Agrovim covered the public utility expenses of beneficiary families, as well as donating a portion of the cost of meat.

As per usual, the distribution efforts are made possible by the monthly support of the H.R.F.’s corporate donors including the N. Konstantopoulou Group, the Social Committee of the Athenian Society, Agrovim, Food Bank, Loulis Mills, Barba Stathis, Palliria, Creta Farms, Kri-Kri, Coca-Cola, the Aspasia Karakalpaki family, and more.

The COVID-compliant distribution was organized under the direction of Ms. Maria Siourdi, director of the H.R.F’s partner organization, and with the assistance of volunteers including Soula Belli, Antonia Pantouvaki, and Giannis Lambrou.

The Hellenic Relief Foundation Inc. is a nonprofit organization (501(c)3) and was founded in 2012, with the goal of raising funds in the United States to be used towards the purchase of food items, and other basic necessities for the underprivileged in Greece that have increased in numbers due to the current crisis. To date, around 780,000 dollars have been remitted, and with donations within Greece, as well as volunteered social and medicinal services, the true value of the aid is roughly 1.5 million dollars. The expenses of the HRF are covered by board members. For more information:  www.hellenicrelief.org