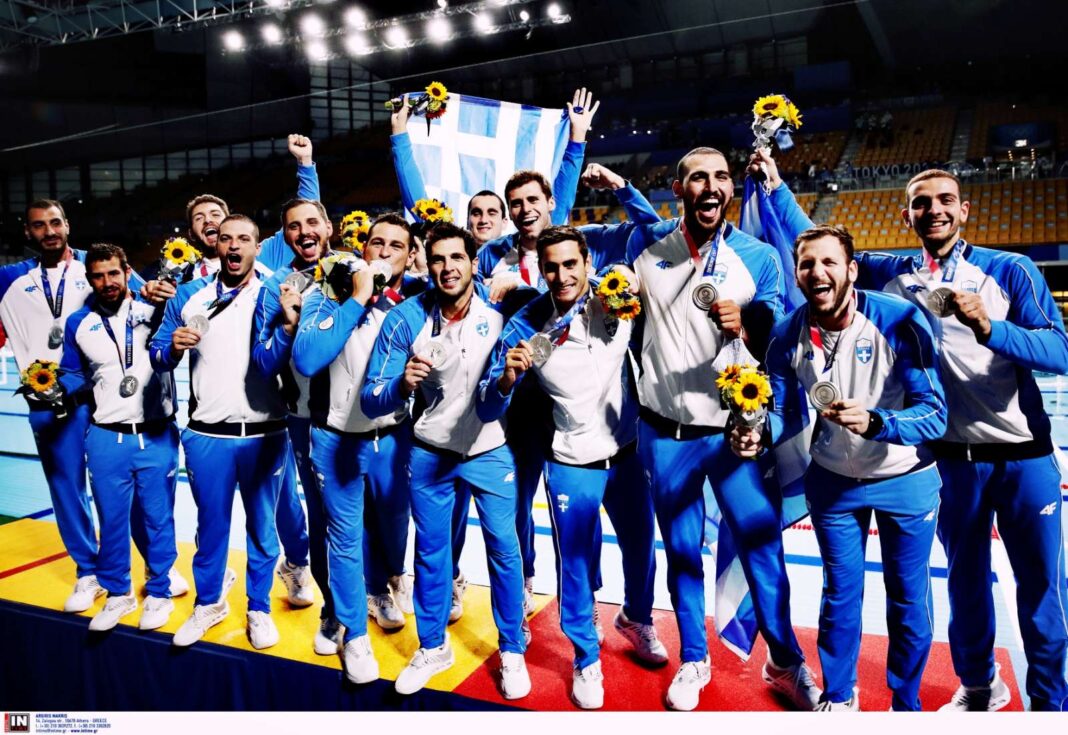 Greek water polo player and Olympic silver medalist Konstantinos Genidounias chatted with HNA’s Makos Papadatos about his experience at the Tokyo Summer Olympic Games, his motivations, and his definition of success.

When asked what he loves most about the sport of water polo, he said, “I think what I love most about water polo is that it’s the toughest sport of all, for many reasons, and that makes it special because a lot of people acknowledge that.”

Regarding his daily motivations, he said, “The moments like those we experienced in Tokyo are what motivates me. Every season towards the end of the season we play the big games which pretty much sum up the entire season. If we win we celebrate and that is the greatest joy. If we lose, we just look back at what went wrong and try to come back stronger next season.”

For young and aspiring water polo players, he said, “Water polo is a sport that needs a lot of commitment and sacrifices. In order to succeed you need to be obedient to your coaches and try to soak in every bit that you can learn from your coaches. And of course like every sport, work as hard as you can because only hard work gets you to the top.”

He opened up about his Greek heritage. “Both my parents are Greek. My father was born and raised in Constantinople and my mother in Durban, South Africa; however both of them are fully Greek, and they have lived most of their lives in Athens just like me,” he explained.

On his proudest professional accomplishments in water polo, he said, “The proudest moments of my career are definitely the silver medal in Tokyo and winning the Champions League with Olympiacos in 2018.”

Regarding his definition of the word success, he stated, “We all want to be successful in what we do. To me, success means being able to be amongst the best in what I do and try to maintain myself at the top. That is what is hard. Becoming successful can be a trap because a lot of people lose motivation once they achieve that.”

For his fans and supporters around the globe, Genidounias concluded, “To my fans around the world I would like to say thank you for all the support, and all I can promise is hard work so my teammates and I can bring more successes for Greece.”

Previous articleHRF distributes meals for 220 people in need in Athens, Greece
Next articleGreek-American business expo, Hermes Expo, is back in NJ