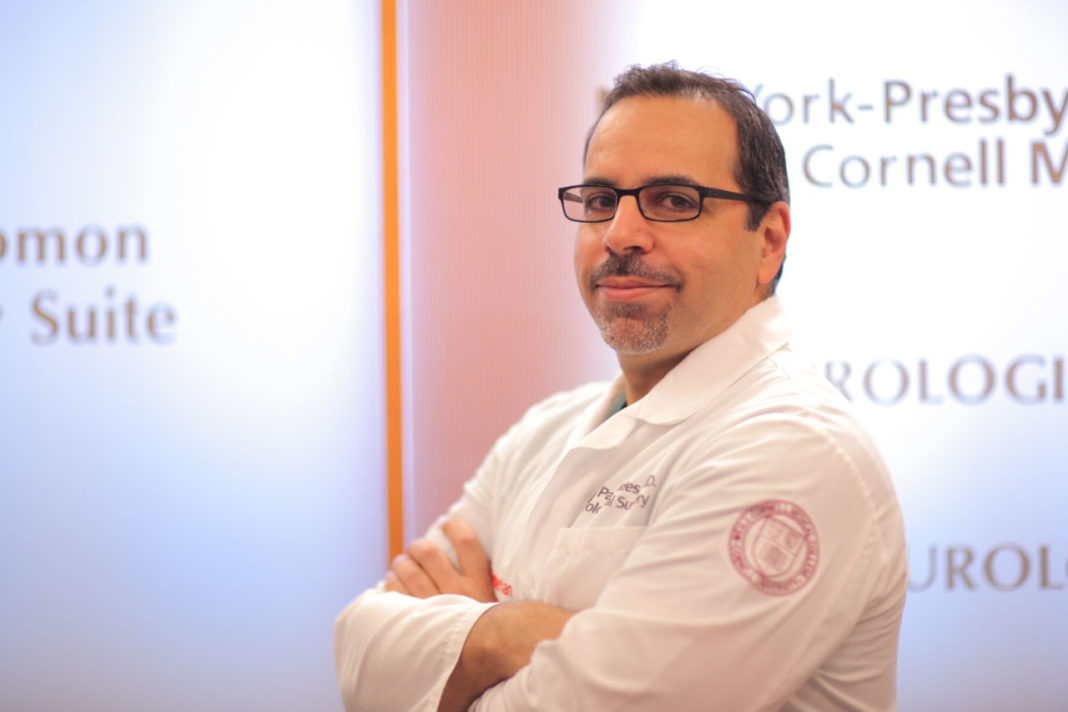 Dr. Athos Patsalides has always appreciated the scientific mind. As far back as his college years at the University of Athens, he was always fascinated by research.  That passion for scientific exploration has led him to link a procedure for expanding narrow veins to treat hypertension in the brain with a cure for a particular type of tinnitus that afflicts more than 3 million Americans.

“We have been very successful in developing a method of treatment for this type of patient,” he says.

The connection came out of Dr. Patsalides’ study of vein abnormalities in the brain. Dr. Patsalides is an Interventional Neuroradiologist (that’s the part of radiology that focuses on the brain). He works out of the Department of Neurological Surgery at New York-Presbyterian Hospital/Weill Cornell Medical College.

The procedure, known as venous sinus stenting, was not designed to treat tinnitus.  He made the connection while researching idiopathic intracranial hypertension, a condition that causes high pressure within the spaces that surround the brain and spinal cord. It’s most common to women in their 20s and 30s. Symptoms include headaches, vision problems and pulsatile tinnitus.

Patients with pulsatile tinnitus will hear a whooshing sound in the ear caused by a turbulent blood flow triggered by a narrowing of veins in the brain and head.  Dr. Patsalides realized a minimally invasive treatment to cure vein narrowing, or venous sinus stenosis, would treat the hypertension in the brain and eliminate the tinnitus. 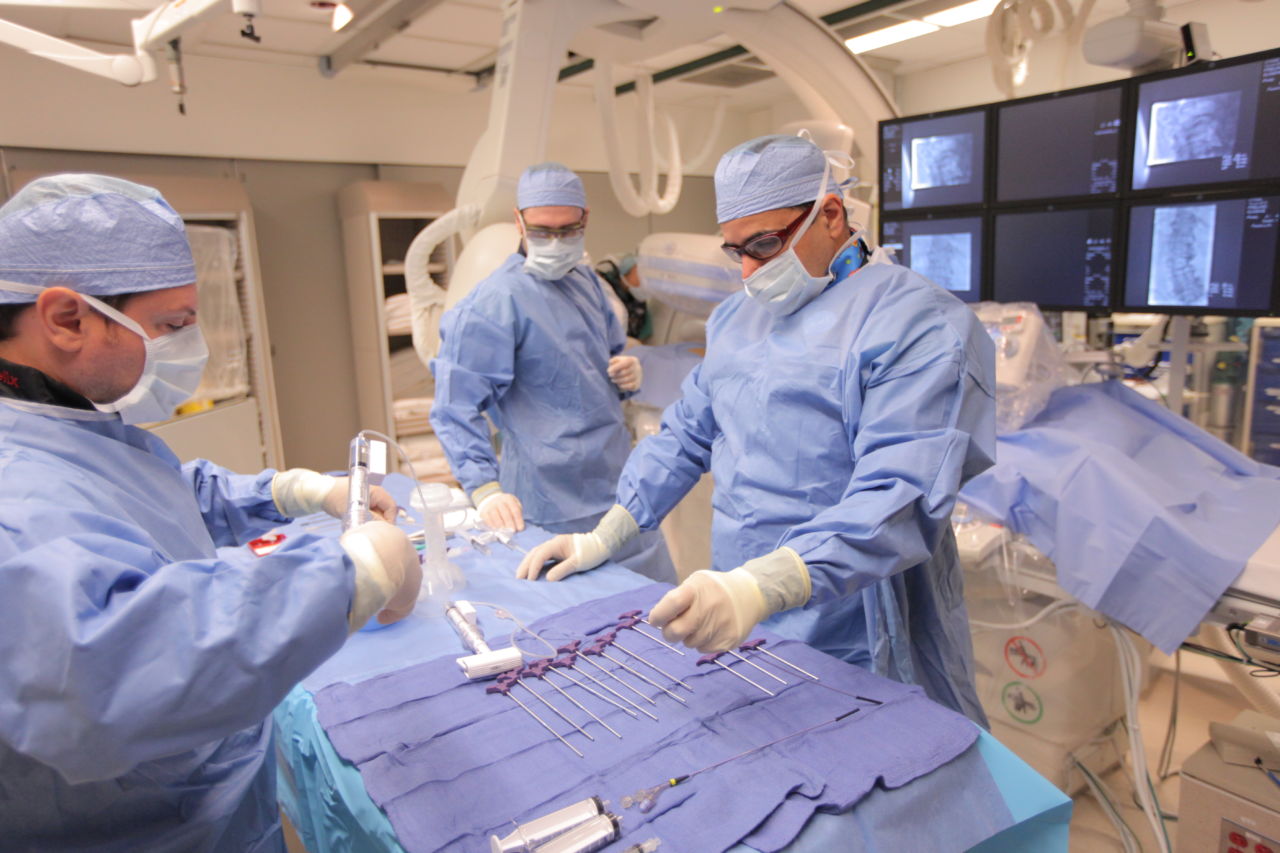 Past treatments for this type of tinnitus—medications and complex surgery, either came with side effects or were ineffective.

So how does it all work?  The procedure starts in the upper leg, when a small quarter-inch incision is made near the groin area. A small plastic tube (a soft catheter) is inserted and, navigating with X-rays, is threaded up to the head.

“Once we get to the area where there is a narrowing, we place a metallic stent that props up the narrow part of the vein,” explains Dr. Patsalides. That relieves the stenosis. Healthy blood flow returns and the tinnitus goes away. The patient typically leaves the hospital after 24 to 48 hours.

New tools to safely navigate the brain and other breakthroughs make it all possible.  New treatments are less invasive, take less time, and involve less risk. “For every patient being treated with a new treatment, you have to make it better for the patient,” he says.

Because of America’s obesity problem, Dr. Patsalides expects the number of cases of venous sinus stenosis to grow in the next few decades.  Being overweight contributes to the condition, he says.

He also cautions that sinus stenting is only effective for pulsatile tinnitus. “When MRI scans show a narrowing of one of the large veins in the brain, then venous stenosis exists and the treatment could work,” Dr. Patsalides says. He believes this type of tinnitus is under-diagnosed, leaving the patient to suffer, affecting their social and professional life. “Awareness is very important,” he says, especially since a treatment is available.

Dr. Patsalides was born and raised in Cyprus. His father was a civil engineer, his mother a high school teacher. When his father became wounded in the Cyprus war in 1974, his mother stopped working to stay home and care for him and the family.

Dr. Patsalides earned his medical degree from the University of Athens and a Master of Public Health degree from Johns Hopkins University.

He liked the many options that medicine offered, particularly for research. While studying in Greece, he met a Greek American physician, Dr. Nicholas Patronas, who became his mentor.

Dr. Patronas invited him to come to the National Institutes of Health in Maryland. Using a John E. Fogarty International Center scholarship, Dr. Patsalides moved to the United States to work with Dr. Patronas for a year. “It was the smartest decision I ever made,” he says. 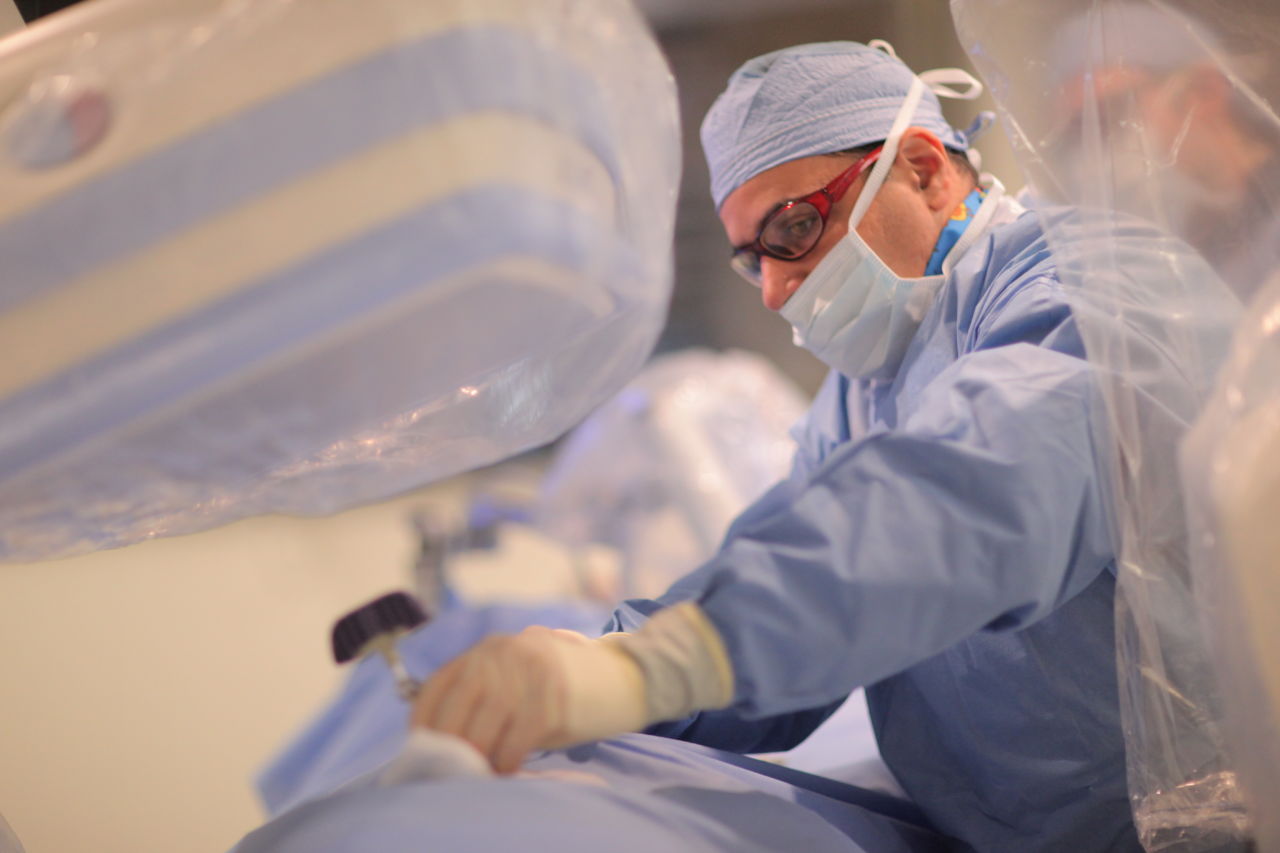 Dr. Patronas, a neuroradiologist, got him interested in that field of medicine.  The use of minimally invasive surgical procedures was getting underway at the time, along with new devices and new medications. “That was like the perfect storm for me, dealing with the brain, dealing with vascular problems, avoiding traditional surgeries.” He knew he wanted to pursue his own career in neuroradiology.

Dr. Patsalides completed his residency at Georgetown University in Washington, D.C., and took a position at Weill Cornell Medical College in New York. “I’ve been very lucky. I developed what I wanted to do,” he says.

He looks to his parents as his greatest influence, teaching him perseverance and honesty. “I think those are the values I’ve followed all my life,” he says. His medical philosophy is to look for better treatments for people that don’t have good treatment options now. “If we think we have accomplished enough and we don’t strive to make things better than sooner or later we won’t be providing good service to our patients,” he says.

His wife, Efstathia “Efi” Tzatha, is an exceptional neurologist with the Memorial Sloan Kettering Cancer Center in New York. They have a 6-year-old daughter and a 4-year-old boy and the couple keep the Greek spirit alive in their home. The children attend Greek school and the family visits Cyprus twice a year so the children can visit their grandparents and cousins.  “It’s part of who we are and part of who they are,” Dr. Patsalides says.

He is grateful to the Greek community, and to the institutions that help keep the Greek heritage going. He feels newspapers like Hellenic News of America offer news of home, but also informs about the social activities of Greek Americans, and an analysis and a perspective on Greek issues. “It’s really nice to pick up and read something that’s from home,” he says. 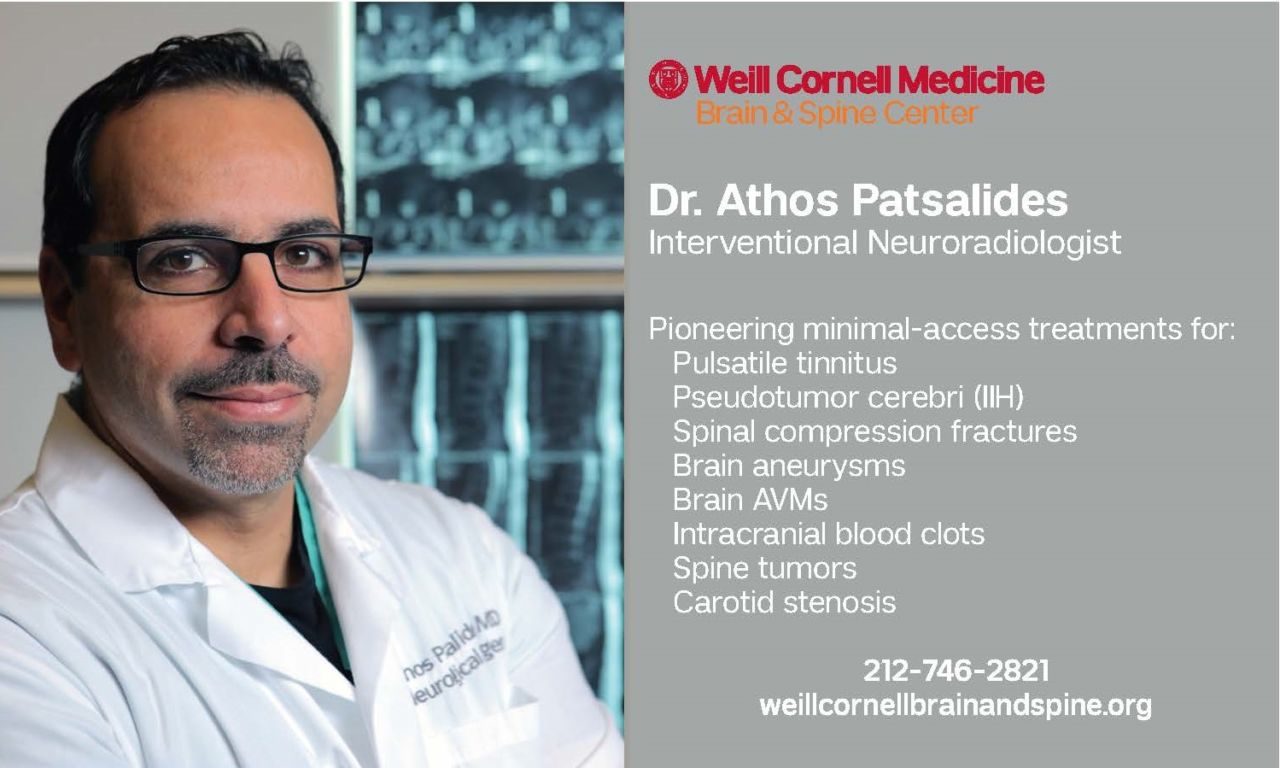