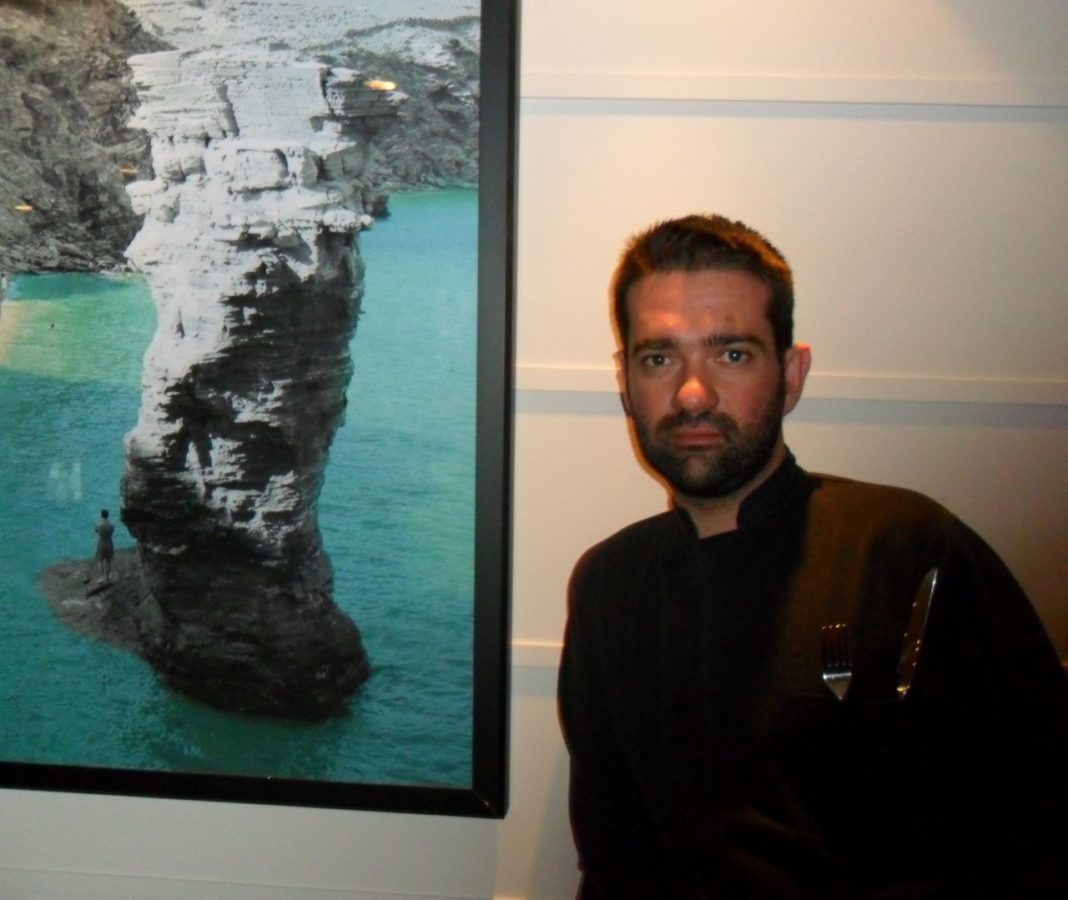 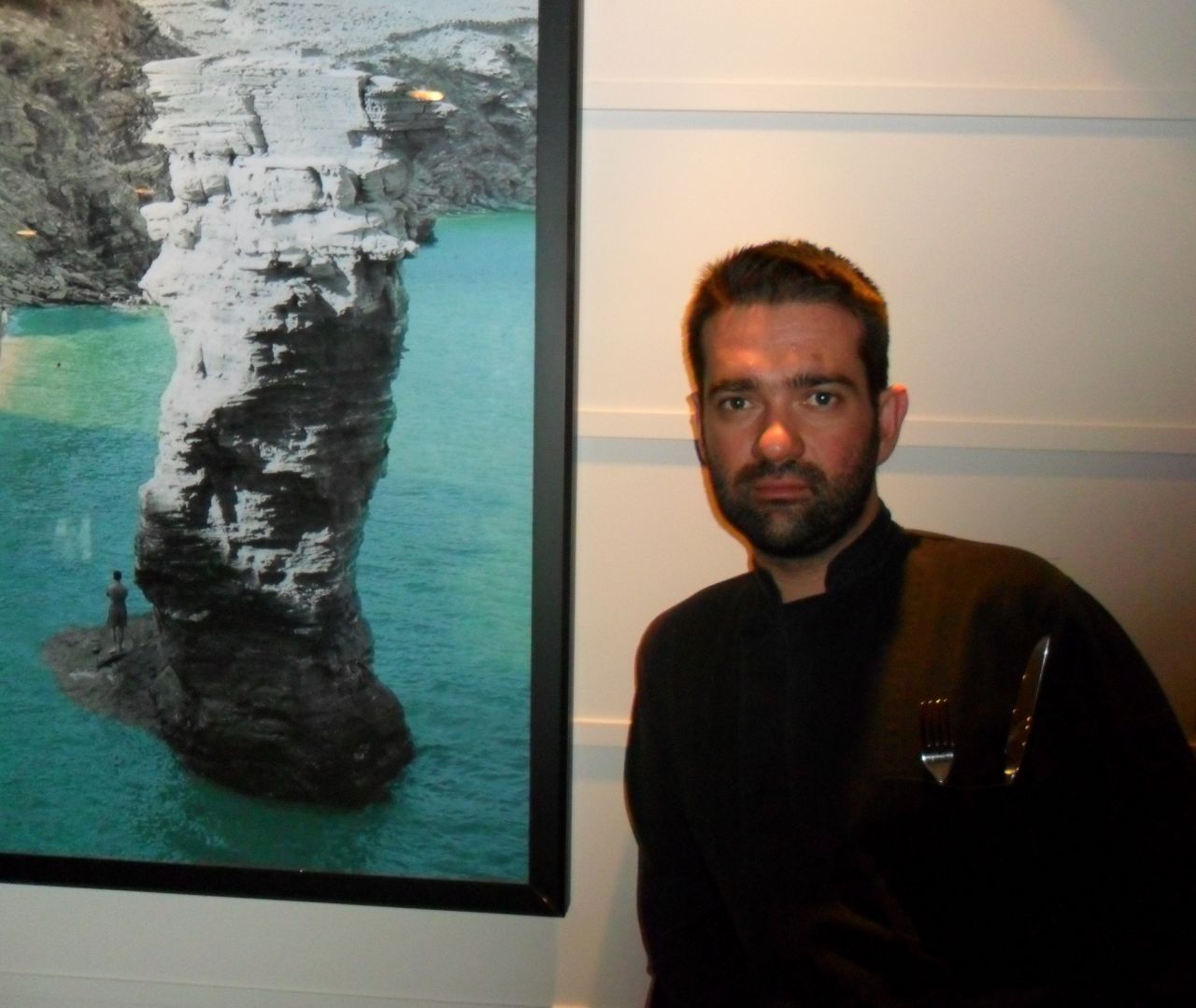 On a hot day on June 30, Greek-American journalist Markos Papadatos sat down and chatted in person with the executive consulting chef Nikolaos Stavrakakis at Meli Restaurant in New York City, located one block away from the Empire State Building.

Nikolaos remarked, “For the past four weeks, as a consulting chef, I have changed the menu and I have gained new ideas on organic Greek cuisine. Our menu is Greek but it has a modern interpretation to it. I use extra virgin olive oil and all of the meats and fishes are fresh. We do not use any complex ingredients, just herbs such as rosemary, oregano, sea salt and black pepper. We bring foods from nature to the table. This is what im trying to transfer to the kitchen’s team of Meli.”

On his future plans with Meli Restaurant, Nikolaos remarked, “As long as I am in New York City, I will try to get people to explore the magic of Greek cuisine. Greece has a lot of cheeses that are white with no preservatives. We have a lot of fish and meats that are light.”

Nikolaos added, “I come from Crete and the diet from my island has been voted as the best diet in the world for long-term life.”

He noted that he grew up in an environment with herbs, flavors and spices. “Every lunch was a fiesta for my family and I made my hobby a career and I love it,” he said.

Nikolaos is a member of the Olympic Greek Culinary Team he worked at Noma Restaurant in Copenhagen, Denmark in 2009, where he collaborated with Chef Rene Redzepi and it was voted as the “best restaurant in the world” in 2010, 2011 and 2012.

Particularly impressive about Nikolaos Stavrakakis is that he has won seventeen medals for his culinary achievements in national and international contests.

For hopefuls who wish to go into culinary as a career, he stated, “First, you do not go in with the mentality that you are going to become an Iron Chef. You start with love and passion for cooking. Then, you need nerves of steel to stay in this profession since it takes a great deal of your personal life and many, many hours of preparations. Culinary is an art and it combines all of your five senses. It’s very unique and amazing. Every dish is an extension of our feelings and ourselves. It’s very personal too since the chef has to use his senses for it.”

For more information on Meli Restaurant in New York City, check out their official website www.melinyc.com.