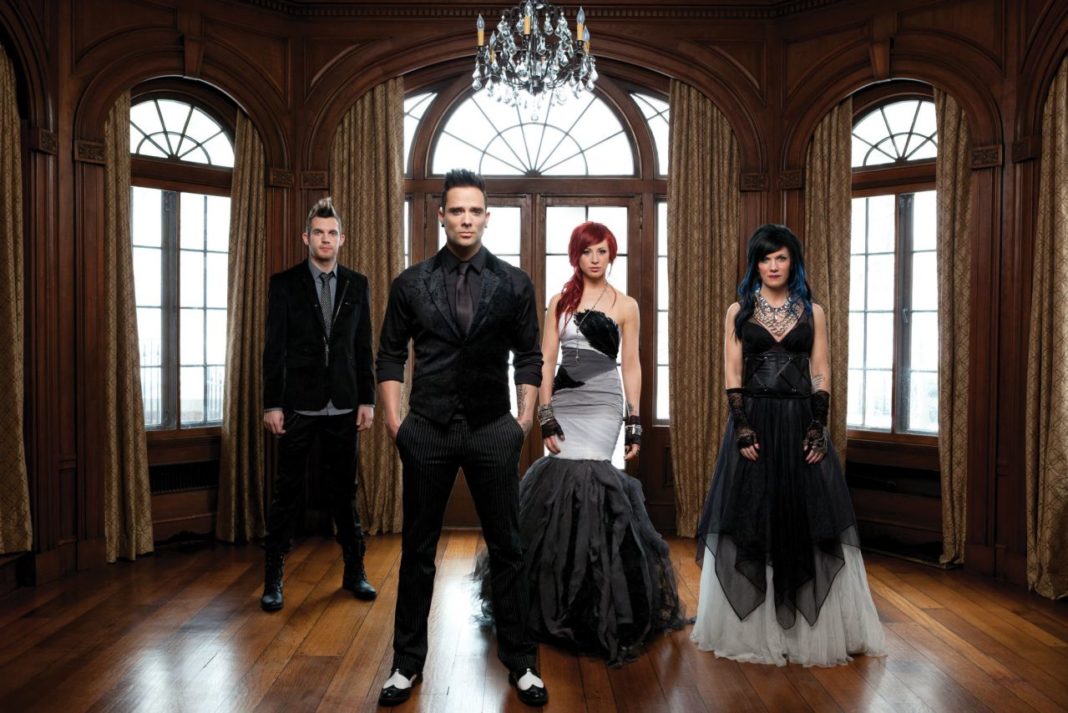 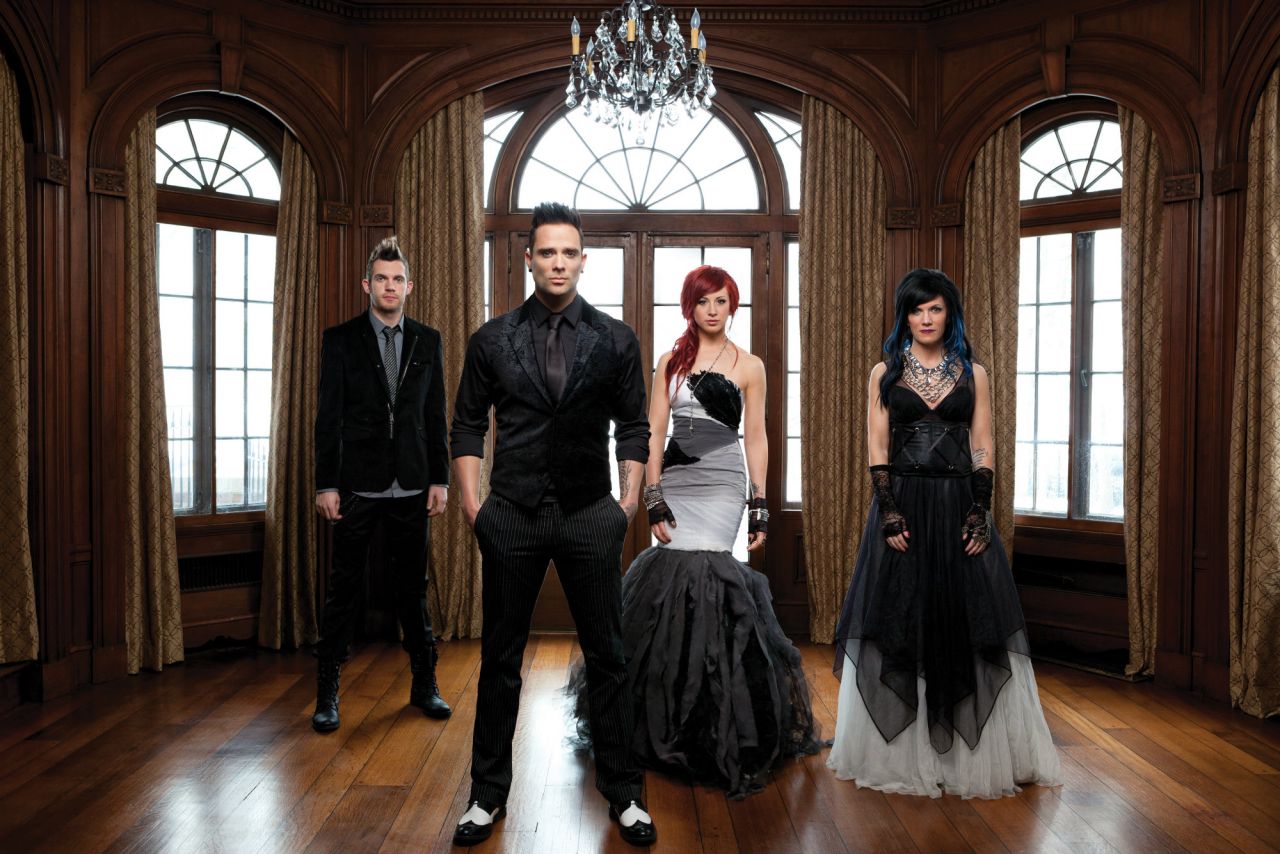 It was produced by Howard Benson and it was released via their label, Atlantic Records.

Skillet is made up of John Cooper on lead vocals, bass and acoustic guitar, as well as his wife, Korey, on vocals, rhythm guitar and keyboards, Jen Ledger on drums, percussion and backing vocals, as well as Seth Morrison on lead guitar.

Skillet has been nominated for two Grammy awards in their career and they have well over 4.1 million fans on Facebook. Their videos have garnered over 150 million views on YouTube and alongside Mumford & Sons and The Black Keys, they were the only active rock band to have a platinum album in 2012; moreover in 2008, the rock group took home the Gospel Music Association (GMA) Dove award for “Rock Recorded Song of the Year” for “Comatose.”

On the song selection process for their latest CD “Rise,” John remarked, “I wrote for about three years for this album and we recorded 72 demos for it. I felt that I had so many songs and I didn’t know where to start. We had a team of people that went through them and helped us pick the songs. That’s how we approached picking the tunes and I wrote with some great people. Truthfully, I had about thirty songs that I really liked and they had a great flow to them,” he said. “The overall theme of the record can be aggressive and dark at times, yet it is very inspiring and hopeful. It is encouraging to all of us that even though we are living in a dark world with bombings, school shootings, floods and hurricanes, there is hope and we want our lives to matter. I hope people listen to the album and relate to it.”

He noted that his single “Sick of It” came as a little bit of a surprise to him. “I wrote it with Scott Stevens and we just sat down and the idea of it came together. I had probably written about 55 songs at that point and what I really like about the song is that it is so aggressive and it sounds angry but it has a positive message to it and that is really cool. It is a call to change the things in your life that you want to change. I meet fans all the time that are struggling with addictions and abusive relationships and people have come up and told me that this song has helped them through their difficult times.”

John revealed that his personal favorite tune on the album is the fourth track, “Not Gonna Die.” “I really like this song since it was the very first one that we wrote for the record. It sounds like Skillet and it has a vibe that people expect to hear. This song came the most naturally and it is very dramatic and I like the orchestration of it. In a way, it reminds me of Fleetwood Mac and Meatloaf,” he explained.

He added, “‘American Noise’ is one of my favorite songs that we have ever done. It is very different for us and it has Americana elements to it that are reminiscent to Bruce Springsteen and John Cougar Mellencamp. It feels like a soundtrack to my life story: it reminds me of growing up and not having anybody to talk to and the hard things I went through such as my mom dying when I was fourteen. It also reminded me of the fighting at home and going in my room and putting my headphones on and listening to Metallica and trying to survive,” he explained. “The best part about music is getting to connect with your audience and that it is what performing live is about. You realize that there is a moment happening and that could be one of the fans’ favorite moments of the year or their lives,” he said.

Regarding Skillet’s plans for the future, John shared, “We are touring endlessly and it is about to get nuts. We are beginning to do summer festivals and radio shows. The ‘Carnival of Madness’ tour begins in August and we play our own headlining shows in South America. After that, we will be playing with Nickelback in Europe and then we will do our own two-week tour in Russia. It is just going to be the busiest year so hopefully the people are going to love this new record.”

When asked which female musicians he would like to someday work with, John noted that he is a fan of such songstresses as Melissa Etheridge, Hayley Williams from Paramore and Lacey Sturm from Flyleaf. “Laci has such a great modern rock voice. I also like pop singers such as Katy Perry. I admire the passion that she sings with,” he said.

For more information on Skillet, visit their official website: https://www.skillet.com/rise.