The Late Dimitra Kustas: A Woman Who Saved Families 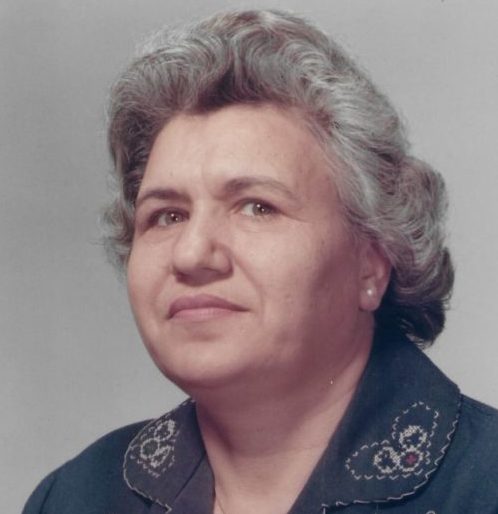 “When President Kennedy sent his historic message to Congress calling for a complete revision of the immigration law, he decided it was also time to revise the book (A Nation Of Immigrants) for use as a weapon of enlightenment in the coming legislative battle. He was working on the book at the time of the assassination. It was decided that it should be published posthumously. This legacy should not be denied those comitted to the battle for immigration reform.” – From the Introduction by the late ROBERT F. KENNEDY.

Post Greek Civil War and Junta (Military Dictatorship) Greece offered no opportunity for advancement of 90% of the population. A middle-class society was in a minority. The Elite lived well. A young Greek American widow did an extraordinary action in the late 1960’s: she began the immigration of her two sisters and their families to America. A quiet, hardworking single mother from Paleopyrgo, Arcadia, Greece, Mrs. Dimitra Kustas had a remarkable story. A forty-day memorial will be held for Mrs. Dimitra Kotsiou Kustas on Sunday, November 19, 2017at the Kimisis Greek Orthodox Church of Poughkeepsie, New York.

How many lives did she save? Countless, through an unselfish action that few would undertake in 2017. Not only did she give a future to her sisters’ families, but their grandchildren and future great grandchildren. These families are adding to community life through their work ethic, service to the community and Greek Orthodox Churches of Astoria, Whitestone, Flushing, Poughkeepsie and Kingston, New York.

Mrs. Dimitra Kustas always had a smile. She was a widow for fifty-three years in La Grangeville, New York. A businesswoman in several fields, her children Constance (Connie) and William (Bill), graduated Ivy League colleges. This was an unheard-of achievement in the late 1970’s and early 1980’s.

In 2017, persons complain about the expense of bringing a family through legal immigration. Back in the 1960’s, it was just as difficult. Mrs. Kustas was an independent, Arcadian woman, from the region that had the 1821 Greek Revolution leaders. Her nephew, Dr. John G. Siolas, said “our aunt applied in 1960 to bring her sister Constantina, my mother and her family to America. It was refused. The restriction laws for Mediterranean countries did not allow immigrants. Every application had to follow an order. My father, George, was upset, because he sold some of his properties in Paleopyrgo to cover expenses. John F. Kennedy made a proposal to revise the immigration law for Mediterranean countries. It was passed after his death. Thia Dimitra reapplied for legal immigration in 1966 for our family. My mother, Constantina Kotsiou Siolas family immigrated to Poughkeepsie, New York. All except myself. I had to serve in the Greek Air force at a NATO base with the United states Army. It took six years of our family to legally immigrate to the United states of America.”

In JFK Kennedy’s landmark work “A NATION OF IMMIGRANTS” he wrote “Because of the composition of our population in 1920, the system is heavily weighted in favor of immigration from northern Europe and severely limits immigration from southern and eastern Europe and from other parts of the world. An American citizen with a Greek father or mother must wait at least eighteen months to bring his parents here to join him. A citizen whose married son or daughter, or brother or sister is Italian cannot obtain a quota number for an even longer time….I recommend that there be substituted for the national origins system a formula which takes into account 1) the skills of the immigrant and their relationship to our need, 2)the family relationship between immigrants and persons already here, so that reuniting of families is encouraged and 3) priority of registration…It should be modified so that those with the greatest ability to add to the national welfare, no matter where they were born, are granted the highest priority.”1

The strength of our nation is secure because of individuals such as the late Mrs. Dimitra Kustas. Her courage to take on the responsibility of immigration for her family saved lives. It allowed her sisters’ families to create Greek-American families of their own. Her courage and independent spirit will be retold by each generation surviving the families she saved in the 1960’s. Each time a child is born to these families, they will thank you, in thought and by word. Mrs. Dimitra Kustas represents the finest of Americans that form the backbone of our country. May Her Memory Be Eternal. (Η μνήμη της να είναι αιώνια).