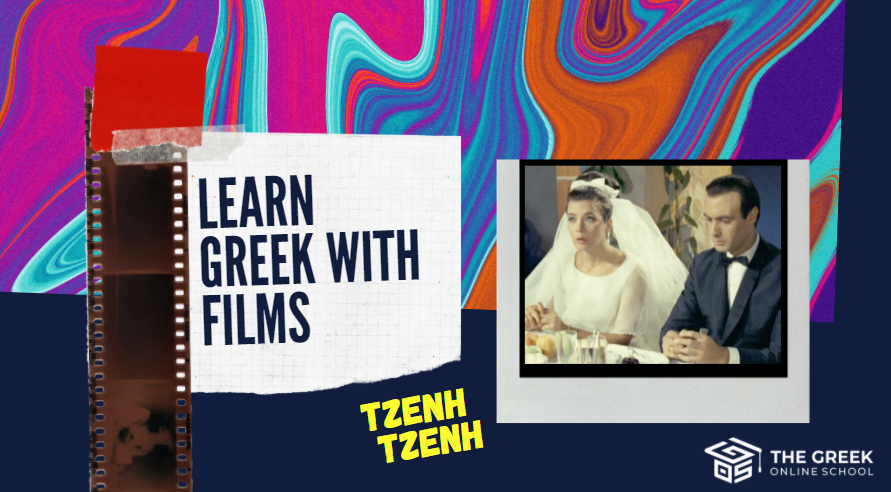 Think of how many people in the world learn English or at least improve it by watching movies or TV shows. Why can’t we just do the same thing with Greek?

Of course, we can! Sure, maybe Greek cinema cannot even compare to the amount of Hollywood movies that are culturally exported all over the world, and one could claim that the Greek language could be more challenging to learn, but all experts agree that any learner can significantly improve their language skills watching movies in the language they are learning.

The biggest online Greek School, The Greek Online School, and Hellenic Film Society USA have partnered up to help promote this amazingly interesting connection between films and language. With the certainty that Greek cinema is wonderful to watch and can also be a great way for a learner to hear the language being used in context, the Greek Online School has created a video series. The series discusses how Greek movies can be used in and out of the Greek classroom to help a learner hear the language spoken in the most authentic way, get some cultural insight into the particularities of the Greek language and even practice with it.

For the month of May, the video discussion focuses on Tzeni Tzeni by Dinos Dimopoulos, the 1966 sophisticated Greek rom com with some of the most beloved Greek film stars, Tzeni Karezi, Andreas Barkoulis, Dionisis Papagiannopoulos and Lambros Konstantaras. In the video the Greek Online School teachers give ideas of specific grammar phenomena that can be taught using this film, they discuss techniques to use the movie in class with students and they also analyze the important cultural references that a Greek student will grasp after watching Tzeni Tzeni and its authentic take on the Greek society of the 60s.

In Tzeni Tzeni, Greek politics, family feuds, Greek dances, and underlying anxieties about the position of women and sexual liberation all merge together with humor, love and a critique of Greek conservatism with the breathtaking island of Spetses in the background. The result is an unforgettable comedy that will bring a smile to your face, muffle you with a warm nostalgic feeling of Greek summers and teach you Greek when you are not even trying to learn it.

You can enjoy the interesting video discussion with specific examples and techniques on how to use Tzeni Tzeni in and out of the Greek classroom here.

You can stream Tzeni Tzeni through Hellenic Film Society USA until May 31st. You can also watch the video discussion series on the HFS USA April films Little England (by Pantelis Voulgaris) and Little Greek Godfather (by Olga Malea) linked here.

And don’t forget! Greek cinema is alive and strong and can be a great way to learn Greek while having fun!