CommunityLetter to the Editor: Thank you for supporting our Greek-Americans participating in...
CommunityGreek News | In GreekOpinions / Απόψεις

Letter to the Editor: Thank you for supporting our Greek-Americans participating in our American democracy 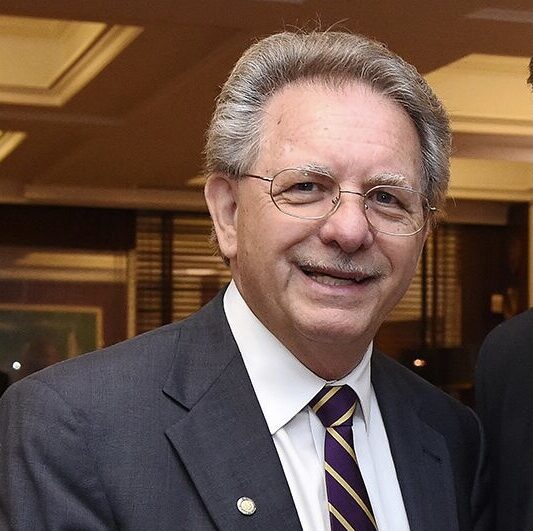 Letter to the Editor

Dear Hellenes and Philhellenes, United Hellenic Voters Association members, Hellenic News of America readership, members of the Bipartisan Committee to promote the election and re-election of Greek-Americans in office and President Bill Mataragas,

Today, we celebrate Greece’s firm NO to the invasion by the Nazi alliance forces and our resilience to live as a free nation.

Thank you for supporting Hellenism and its great ideals. And, a special thank you for promoting and supporting our Greek-Americans who are participating in our great American democracy and helping them serve in elected and appointed public service offices, at all levels, and of all political persuasions. This participation in the democratic electoral process goes back to our ancient ancestors who were deeply involved in the city (the “polis”) affairs via direct democratic participation with the objective to make “the polis” better and a reflection of the citizens’ desires.  We are proud that democracy was founded in ancient Greece by our ancestors.

It is only fitting that Greek-Americans continue this honorable heritage. And, it is our civic duty and responsibility to support our young and other candidates who have an interest to serve in public life via the electoral process.  We are proud of having elected Greek-American officials such as Governor Mike Dukakis, Senator Paul Tsongas, Senator Paul Sarbanes, Senator Olympia Snow, Senator Thom Tillis, Congressman John Brademas, Congressman Gus Billirakis, Congresswoman Dina Titus, Congressman John Sarbanes, State Senator Lou Raptakis, and State Assemblywoman Nicole Malliotakis, among many others, at the national, state or municipal level, who have served our country.

Having served as a Deputy Speaker of the House of Representatives of CT and for sixteen years as State Representative, I greatly value the support I received over many years from Hellenes and others who helped me get elected to public office and work to make a positive difference in peoples’ lives.

Thus, we need to promote and support with financial resources and encouragement, our Greek-American candidates who are running for office right now and in the near future. They make our community more prominent, give us a greater voice, and make us proud.

Please give your full support to Greek-American candidates, especially to our young people, who seek to enter public service. By the way, no matter what anybody says, you can not run for office successfully unless you have the funds to get your name and message out.  That costs money.  If you can contribute to our Hellenes running for office, please do so.

Thank you for joining us in the endeavor to promote Greek-Americans in elected positions and, implicitly, to promote Hellenic ideals.

Stay safe and be healthy.

Professor of Economics, Former Deputy Speaker and Deputy Majority Leader of the CT House of Representatives and State Representative; and, former President of the World Hellenic Inter-Parliamentary Association (an organization of all Hellenes elected worldwide).