Long-Term Care Costs Can Put A Whammy On Life Savings 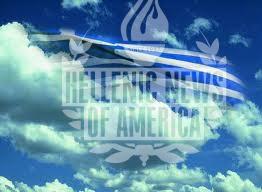 Baby Boomers, retiring at a rate of roughly 10,000 per day, may have unrealistic notions about what their future long-term care needs could do to their bank accounts.

When a recent Nationwide Financial consumer survey asked for an estimate of how much a year of nursing-home care will cost in 2030, the Baby Boomers who were surveyed guessed an average of $111,507. The actual estimated costs – $265,000 – are more than double that, Nationwide says.

That extreme underestimate indicates many of those Baby Boomers may be unprepared to handle the costs of long-term care and could end up relying on Medicaid to pay for it, which isn’t the best option, says Chris Orestis, a senior health-care advocate and CEO of Life Care Funding (www.lifecarefunding.com).

“One problem is that people wait until they are in the middle of a crisis before they start trying to figure out long-term care options and how to pay for them,” Orestis says. “Long-term care is expensive. It’s natural that families want to do whatever they can to help take care of a loved one, but they can go broke in the process.”

Medicaid certainly can help, Orestis says, but it’s best to avoid going that route if at all possible. Here’s why:

•  Lack of personal choice. Most forms of home care and assisted living are paid for privately, which means you must have resources other than Medicaid to pay the monthly out-of-pocket expenses. But when people go on Medicaid they lose their ability to choose what kind of care they want and where they will go, Orestis says. Usually, instead of home care or assisted living, a person on Medicaid goes into a nursing home and in most cases will share a room with another patient. “That’s not the way most people want to end up after a lifetime of working hard and raising a family,” he says.

•  Becoming impoverished. Medicaid was created to be a last resort and that’s exactly the way families should view it, Orestis says. To qualify, you need to be below the poverty line, which means you will need to spend down your assets to get there. “Once you go on Medicaid, you have in effect become a ward of the state,” Orestis says.

•  State budgets are strained. Because of all those aging Baby Boomers, the number of people needing long-term care is growing, escalating the long-term funding crisis. Political leaders want people to remain on private pay as long as possible because Medicare and Medicaid can’t keep up with the growing demand for long-term-care services, Orestis says.

A better option available to many people is to convert their life-insurance policy into a long-term care benefit plan, he says. Seniors can sell their policy for 30 to 60 percent of its death-benefit value and put the money into an irrevocable, tax-free fund designated specifically for their care, Orestis says.

That fund is professionally administered with payments made monthly on behalf of the individual receiving the care.

“I’ve been lobbying state legislatures to make the public aware of their legal right to use this option,” he says. “It’s important that, as people age, they know about all their options so they can avoid making potentially costly mistakes.”

Chris Orestis, nationally known senior health-care advocate and expert, is CEO of Life Care Funding (www.lifecarefunding.com), which created the model for converting life insurance policies into protected Long-Term Care Benefit funds. His company has been providing care benefits to policy holders since 2007. A former life insurance industry lobbyist with a background in long-term care issues, he created the model to provide an option for middle-class people who are not wealthy enough to pay for long-term care, and not poor enough to qualify for Medicaid.

Previous articleTo be free Greece must stand on its Hellenic feet
Next articleEMILY’s List Endorses Katie McGinty for U.S. Senate