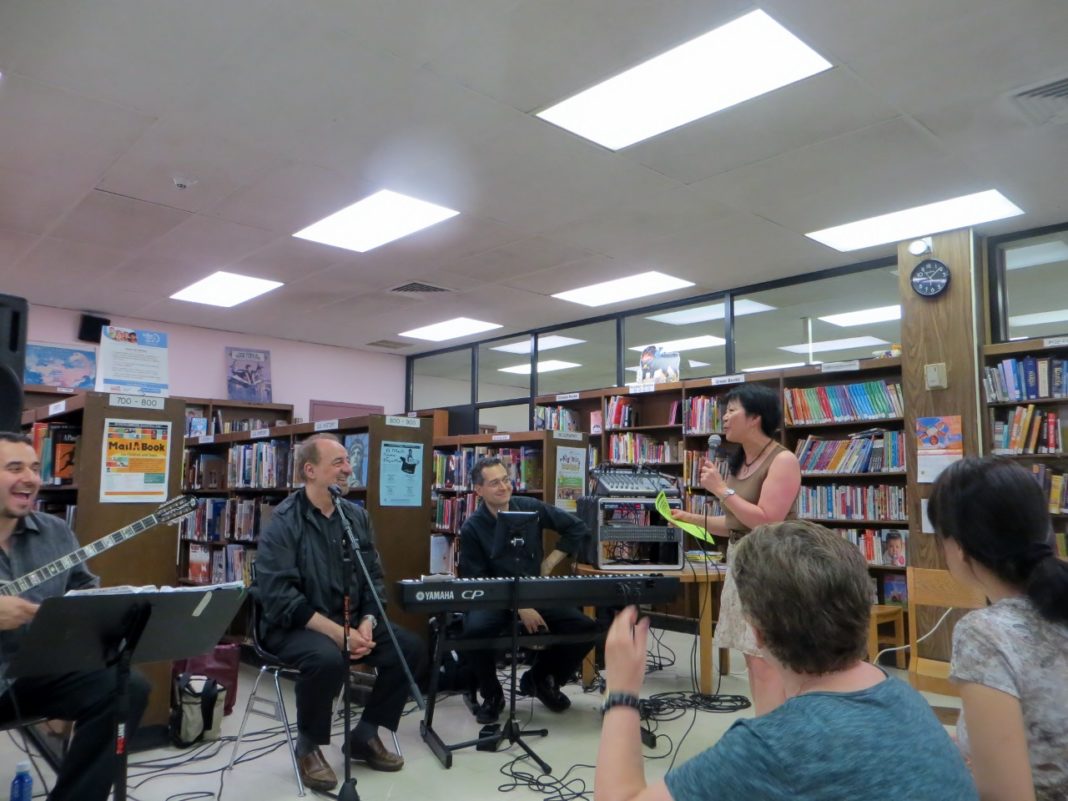 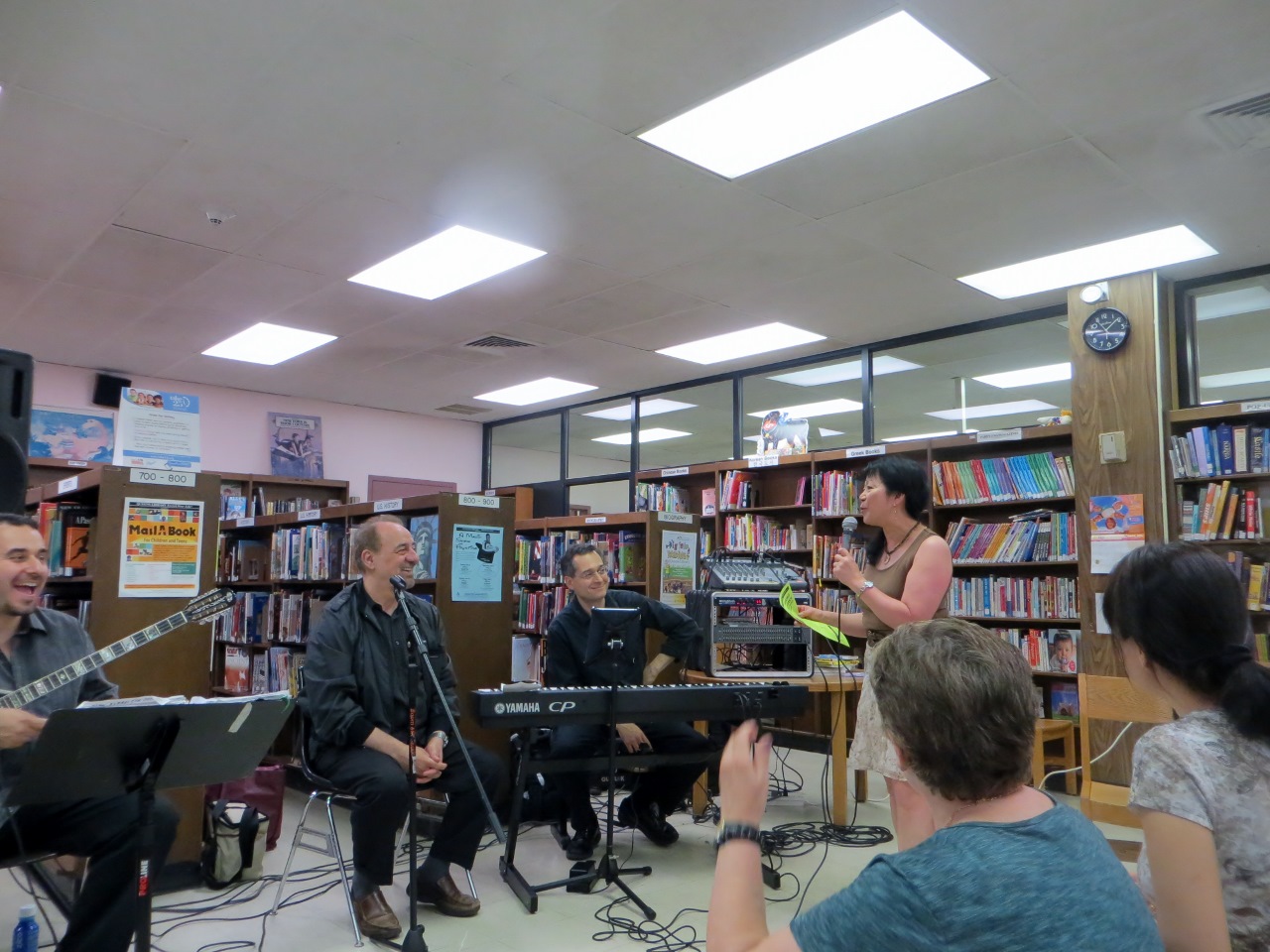 They came from Queens and Nassau counties, from the Greek and global communities to hear the greatest Greek Blues (Rebetica) singer of the Greek Diaspora. The Queens Library system is to be commended in presented this entertaining and educational concert free. “The Greek music is romantic,” said Irene Cheung, President of the Key Luck Club, upon hearing the translation of his songs.

What exactly did Professor Maninakis (he is a college professor) sing? “We will be singing from the 1960’s to 70’s, the Golden Age of Greek music,” he said. “I will describe anecdotes on the composers we sin. Gree3ce was given independence, but northern German music predominated. In 19223 Smyrna and Asia Minor was destroyed, with the coming of over a million refugees. These persons came from an educated, cultured class. They inspired Greek music to a higher level. In the 1940’s, Vassilis Tsitsanis, a leading Greek composer created golden melodies and is widely regarded as one of the founders of modern Rebetica (Greek Blues) Greece is the only country that put the music of noble laureates and the great poetry of Greece and the world to music.”

The music sung was of the following composers: Manos Hatzidakis known for ‘”Never on Sunday”; Manos Loizos famous for the “Evdokia’s Zeibekiko;Stavros Kouyioumtzis, creator of the haunting “To Kokkino Foustani” (The Red Dress) song and Mikis Theodorakis. An exciting CD album of the composer of “Zorba” is at the East Flushing Library for circulation to the public. The Cd title is Mikis Theodorakis “Mia Zoi Ellatha” (One Life of Greece).

“I brought all my friends,” said Venita Loras of St. Nicholas Greek Orthodox Church. “We come every year,” explained for Principal Chris Arlis of the William Spyropoulos School and former School Board President Gloria Sfiroudis. Marika and Jimmy Fotopoulos came representing the “Geros Tou Morea” chapter of the Arcadian Federation of America. Eleni Kalogeras said she “would come back next year to a Maninakis concert.” Dr. Anthony A. Galitsis, retired Director of the NYC Science Program and his wife retired principal of Region 3 L.I.C. Athena Galitsis agreed it was “a beautiful evening of music and the history of the Greek musical tradition.”

Grigoris Maninakis grew up in Limnos. “My Mother was born in Tseme (Asia Minor coast opposite Chios) and Father from Crete,” said Maninakis. He is in addition to a musician, cantor, and professor, a poet who has written songs with his poetry. In 2007, a student, George Stamboulis and a Modern Greek class I instructed, were inspired by Maninakis poem “Mia Palia Fotografia” (An Old Photograph) written to a song. They emailed him a fan letter.

The event was organized by Library Manager Florence Leung. Her effort in hosting the concert bringing Greek music into mainstream America is extraordinary. For more information, email [email protected]  at the East Flushing Community Library or call 718 357-6643.

Photo 2 – Grigoris Maninakis & the Mikrokosmos Ensemble with the audience.