The Nisyrian Society of New York celebrated their Apokreatiko Glendi, Friday evening February 24th in its headquarters at 31-80 41st St, Astoria, New York. Asteri band entertained over one hundred and fifty hundred islanders and their guests.

Where is Nisyros? “Nisyros is an island located in the southern Aegean and is a part of the Dodecanese group of islands. A place of wild beauty, as Nisyros was formed by volcanic eruptions. Mandraki is the capital and the harbor of the island, with its white houses built below the imposing rock where the Monastery of the Panagia Spiliani stands. The center of the island is a semi-active caldera created by the eruption that took place 24,000 years ago and covered the slopes of the island with a pumice layer thickness of 100 meters. The island has many archaeological sites and monuments. It is worth visiting the Castle, the monastery of Panagia Spiliani, the various Chapels, museums, and ancient ruins in Argos. The island does not have many beaches, but hot springs, water sports and hiking.”1

Timoleon Kokkinos, General Secretary of the Nisyrian society, explained “we are one of the oldest Greek societies of New York City. St. John Theologos, Gnomagoras, Panagia Thermiani and Haravgi woman’s society united to form the Nisyrian Society. We have an energetic organization under the leadership of Yannis Konstantinidis. EverySaturday, a Greek language school operates through the Society’s support. Thirty-five children attend. We have three hundred members. Every New Year’s Eve, 150 members appear. We have a Pashaliatiko (Easter) Glendi. Last year, the Nisyrian society sponsored a free concert with Grigori Maninakis and the Microcosmos musical ensemble at the Hellenic Cultural center in Astoria.” Gnomagoras Society was organized August 8, 1909. The Nisyrian Society of Panagia Thermiani was instituted in 1909. Haravgi Woman’s Society was formed in 1934. Panagia Stiliani is the fourth organization of the island.

“The Greek Teachers Association “Prometheus” promotes our Cultural Heritage by supporting Apokriatika Glendia!” said President Demosthenes Triantafilou. “Honoring the Greek traditional cultural event of ” Apokriatiko Glendi”, the Greek Teachers Association ” Prometheus” was able to get a sponsor to cover 15 tickets for members of the PROMETHEUS Board who wanted to attend such a Glendi given by the Nisyrian Society on Friday, February 24 and the Glendi given by the Philopochos of the Ascension Church in Fairview, NJ, on Saturday, February 25.” The sponsor was President, Mr. Triantafillou, in appreciation of the excellent cooperation of the Nisyrian Society Board Members for the success of the two recent PROMETHEUS events, the Symposium on Aristotle in December, 2016 and the Lecture on Papadiamandis on February 5, 2017 for the celebration of the Three Hierarchs and Greek Letters!

It is now the 5th Anniversary of the passing away of the beloved “Priest of the People” Rev. Anastasios Diakovasilis. His village of Nikia, in Nisyros did not have a priest. He performed services in the summer.”  His wife, Presvitera Maria, shared in the success of his ministry.  Father Anastasios had a unique gift in composing poetry. His works have been published in Greek-American newspapers and periodicals in the United States and Greece. His poetry reflected his faith in God and commemorates unique events in the life of his congregation.2

“According to Greek mythology, the island was formed when Poseidon cut off a part of Kos and threw it onto the giant Polybotes to stop him from escaping. The ancient name of the Nisyros was Porphyris. Ancient walls, dating from the 5th century BC, part of the acropolis of the island, are found near Mandraki. It was apparently also a source of millstones used in some of the earliest watermills, being referred to by epigrammatist Antipater of Thessalonica in the 1st century BC. The island is mentioned by Homer in the Iliad. In Roman times it became part of the Insulae province. The Knights Hospitaller conquered the island in 1315 and built the crusader castle.3 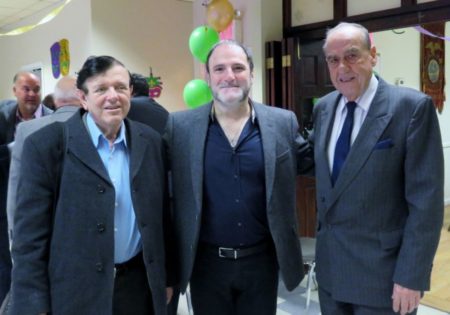 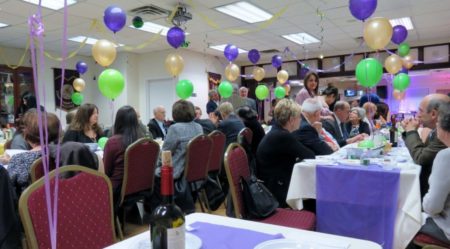 Previous articleThe Legend of Chora Sfakion and the  Songs of the Cicadas By Aurelia
Next articlePassing the Chokehold:  A New “Crisis” for Greece by Professor Robert Zaller, Special to the Hellenic News of America