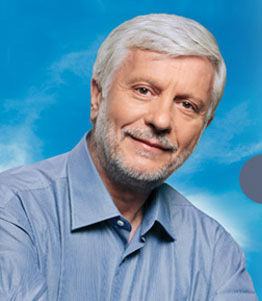 What we want to be true is the New Greece in five years from now? Although much has been said in recent elections with generalization and abstract ideas for Modern Greece is necessary to consider the vision, but the arrogance of central politics. Where hybrids of good intentions and bad choices past four decades have led to the decline and collapse of the country.

The moralizing and search simplistic solutions to complex problems that we face today, two key components of populism which seeks prop and excuse the political system in order to survive, obviously do not give answer to the crucial question: “What is the New Greece” and further ” Who can and want to create “ . The Old and aged institutions still struggling relentlessly to find their role in today’s tough Greek reality? The communication tactics vain attempt to hide the timeless production deficit coherent policy and national strategy? Or do political parties have – old and neoi- faced with the lightness of their responsibility in the overall depreciation of the country both in terms of addressing the policies of our citizens and addressing the country from the international community?

I have highlighted four years that the central government and governments will have before them a match more than a decade for the consolidation of the country . Main feature of this period is the depiction of violent political immaturity , the sense of failure to take responsibility both for wrong product in the past, and the list should be done in the present and the future. Inherent political immaturity is political instability or as a cause or as causal .

Political maturity and political stability are however prerequisites for citizens who are still seeking the light at the end of a tunnel, in order to be able to take breath and to keep their heads out of the water as long as necessary for the country to catch and land safe again . Political stability is not mature without fruition. And political stability without political leadership is responsible sham democracy. Coexistence of these two components is the cause and effect of Modern Greece , where responsible political leadership in an environment of political stability and realism, idealism free from populism those worried day and night for their tomorrow, tomorrow will take care of the country and optimism will inspire people to keep alive and to co-create the future,serving the principles of a new “real patriotism.”

The weight of the regeneration of the country’s development and administrative reconstruction has already fallen on the shoulders of a new institution still, this elective regions. Where stability can seek the political maturity to offer a new, effective and radical policy governance model for the entire country. In this sense, the 13 elected regional governments in the country, having completed the first three-year pilot, fetal function and entering a critical five-year cycle of 1 to September during which you will be required to manage 13 billion euros, are the first cells of Modern Greece. Conditional and conditions:

– To cooperate with the central government to resolve the bureaucratic difficulties and create flexible and modern administrative structures close to people and friendly to entrepreneurship.

– To claim all of the responsibilities that are part of the strategic planning for the formulation of which already powers.

– To leverage their resources and to mobilize all available funds for strengthening their local economy, especially the manufacturing sector.

– To invest in the creation of a safety net for the most vulnerable of our citizens to contribute more than ever necessary to set up a strong social solidarity unionist movement in terms of social entrepreneurship.

– To create a protective shield against the global devaluation of the country and to act as trusted partners in the regions of Europe.

– To cooperate with each other to provide the force for reform that the country needs to come out of the tunnel of fiscal consolidation and get on the road to development perspective.

– To create a strong Union Regions (ENPE), not in the sense of a union of negotiating with the relevant central authority for the distribution, but the standards of a political body that will take part of the blame for the country’s exit from the crisis or through consensus or through political conflicts. And this responsibility to take not from among its members, but to the citizens.

The next five years is that will determine whether the New Greece is possible and under what conditions. To do the ” Restart »economy must precede the restart policy. restart This has already started to happen at the regional level, which have break down the walls of partisanship, the effectiveness and transparency under the ongoing crisis of citizenship, where the responsibility for planning the future now lies with local communities. It remains this over to express and strengthen the collective expression of the institution, the Association of Regions. It is a first step in the public life of the long path to political maturity. In my view, however, is the only step in restoring trust between politicians and citizens on the basis of a new social contract on which to build the new Greece.

* The Tatoulis re prefect Peloponnese