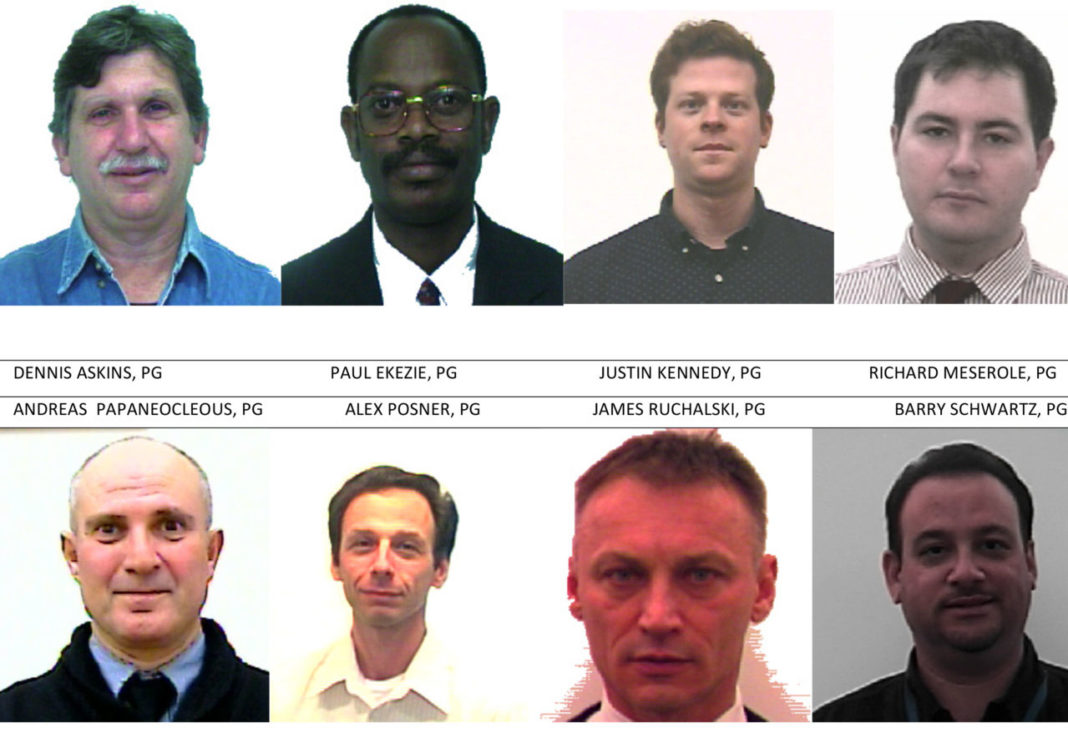 MASPETH, NY (July 18, 2018)—The New York State Council of Professional Geologists (NYSCPG) wishes to announce a significant professional achievement which has occurred amongst those who are geologists employed by the City of New York.

At the NYC Department of Design & Construction (DDC), at the NYC Department of Environmental Protection (DEP) and at the NYC Department of Sanitation (DOS), 10 geologists have now received their NY State Professional Geologist (PG) licenses, becoming the first contingent of NYC civil service employees to achieve this distinctive career accomplishment. All eight geologists at DDC have now received their PG (in alphabetical order: Dennis Askins, Paul Ekezie, Justin Kennedy, Richard Meserole, Andreas Papaneocleos, Alex Posner, James Ruchalski, and Barry Schwartz), at the DEP, Subraham Singh, and at the DOS, Tanvir Ahmad. Also at the DEP, Masud Ahmed is waiting for his PG license to be issued.

Governor Andrew Cuomo signed into law the bill to establish the profession of geology on November 21, 2014, and the law became effective on November 21, 2016. Barry Schwartz became the first NYC civil service employee to receive the PG on April 11, 2017, with Paul Ekezie becoming the most recent on July 11, 2018.

The NYSCPG strives to strengthen and advance the geologic sciences as a profession, promote the protection of public health and welfare and the environment through the professional practice of geologic sciences, and create high standards of ethical conduct among its members and within the profession of geology, as well as the legal standing of geologists and their ability to practice geology in New York State by promoting the licensing of geologists in New York State through  statutory regulation

Please join all of us in recognizing the professional achievement of these dedicated employees.

Previous articleCapital Link’s 20th Annual Invest in Greece Forum on Monday, December 10, 2018 at the Metropolitan Club in New York City.
Next article“Turkish Irredentism and the Finlandization of the Eastern Mediterranean”  A panel discussion at the 96th AHEPA Convention by The Hellenic Cultural Commission