CommunityNow’s not the time to get complacent about COVID-19, says Dr. Halkitis,...
CommunityFeaturedPeoplePublisher Picks 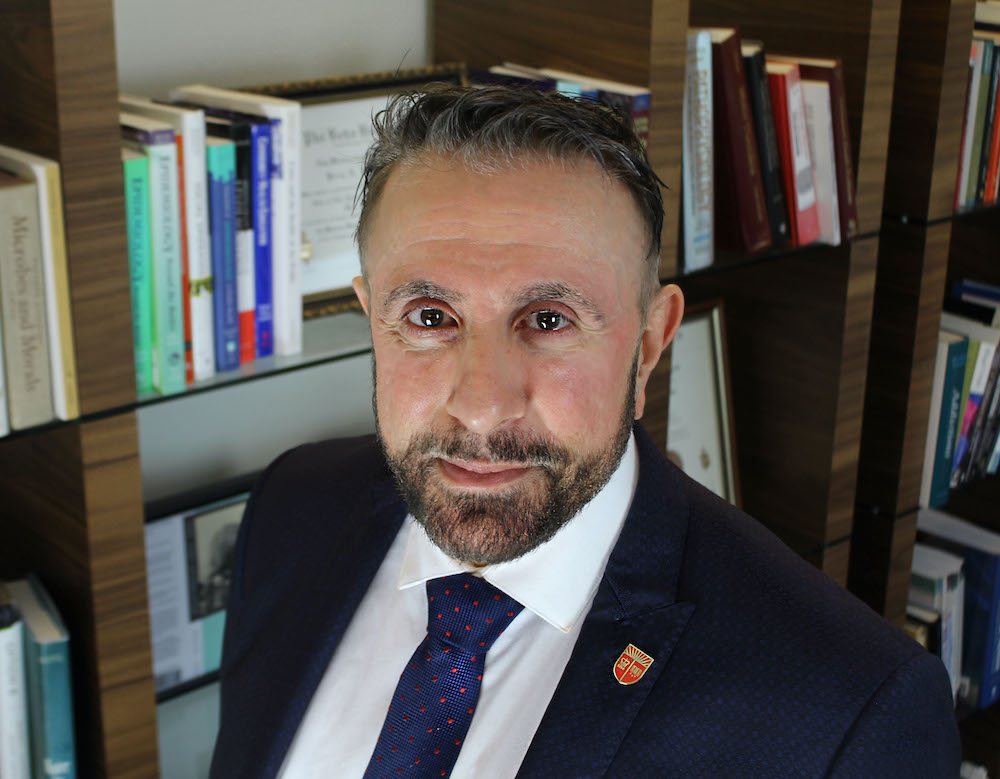 Perry N. Halkitis, Ph.D., M.S., M.P.H., the Dean of Rutgers School of Public Health, suggests that if the United States wants to navigate through future pandemics, it might want to take a few lessons from Greece.

Dr. Halkitis, whose parents come from Kos, Greece, said that the nation was responsive early on to the dangers of COVID-19.

The prime minister shut down the Apokries festivals in February, then the entire county in late March. Greece has had a low rate of coronavirus infections and deaths compared to similar populations around the world.

“He stopped them in the middle of their tracks and people weren’t happy but that probably saved a lot of lives; Greece, a country that has been economically devastated for a decade, turned out to be a role model for sound leadership using effective public health strategies,” Dr. Halkitis said.

The Rutgers dean has kept up relations with Greece, fostering an international research program there with his students. Last year, they were able to study at a public health school in Greece, and work in a migrant camp there for a course on migration and public health. He is  also developing his own research program in Athens with collaborators

On a recent Thursday in April, Dr. Halkitis was observing pandemic isolation guidelines, staying at a beach house away from crowds. He normally lives in New York City and Newark, New Jersey, both COVID-19 hot spots.

If the U.S. wants to get through this pandemic, it’s going to have to think more like the Greeks, trusting the science, putting community over the individual.

Individual freedoms and even selfishness may generate success and economic strength, but it doesn’t work well in a pandemic. “Greek traditions which hold the place family and community in high regard were certainly protective in this pandemic. The well being of those we love matters to us.  No one wants their yiayia to get sick.”

“When you see those protests in Michigan, when you see people at the beach in Florida and when you see the nursing home in New Jersey hiding 17 dead people, that’s not so generous of spirit,” he points out.

COVID-19 is a potent virus that won’t be fully contained until 75 percent of the population has immunity. A vaccine, still a ways off, is a solution. So are effective treatments of the virus.

Meanwhile, though, we need to stay away from each other.

Widespread testing is crucial, especially with talk of lifting isolation guidelines. A test will show who should be quarantined and who can safely return to the workforce.

Unfortunately, Dr. Halkitis feels the worst is yet to come. Rural states are just starting to feel the impact of COVID-19, which is already peaking in places like New York, New Jersey and Pennsylvania.

“I think that there are places in the United States that have been led to believe by political leaders that they’re immune to this because they are not in a blue state on the coast somewhere and they’re not going to get it,” he said.

What’s likely to happen is that infections and deaths will increase in rural states, which aren’t necessarily observing shelter-at-home rules. They will then re-infect places that thought they had the virus under control, a boomerang effect.

Rural communities have the extra burden of not having access to plentiful healthcare facilities.

“I think there will be this period where everything seems calm y and then all of a sudden we will see a big boom again because people are going to let their guard down and voilà.”

He points to South Dakota’s 1,755 confirmed cases of COVID-19, with 80 percent of cases tied to a local outbreak at the Smithfield pork processing plant in Sioux Falls. Caseloads are rising in Texas and Florida as well.

No more in-person baseball games or Taylor Swift concerts for a while, though.

Quarantining travelers entering or returning to the U.S. could also help.

Pandemics must be fought with an organized, global response, not isolationism, he said.

“You’ve got to have an organized response and an organized common set of rules that has to be followed by countries around the world. That has to happen. When we’re not all playing by the same rules, we’re placing each other at risk.”

Dr. Halkitis is surprised at how little we’ve learned from past events like AIDS, 911 and Ebola.  Thinking we’re invulnerable means making the same mistakes again and again.

There’s also the problem of discrimination. New viruses attack everyone so we’re all afraid. Over time, the virus will show up more often in those with little to no health care, who are discriminated against, poor, or forced to work jobs that increase the risk of exposure, like many people of color.

He’s afraid if that happens, people will stop caring.

“The reason we care about opioids so much in this county in the last few years is because it was prevalent in use among the suburban middle class and wealthy white kids. A bigger problem is the drug crystal meth. But we don’t address that decades-old problem about meth… which affects gay men and people of color and that causes more death than opioids,” said.