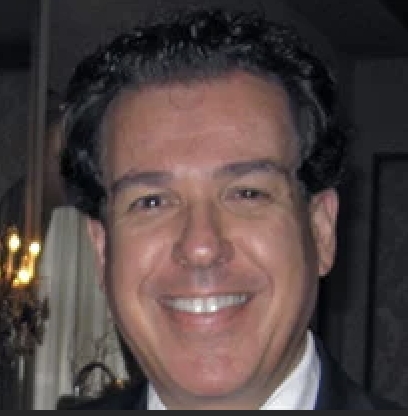 Archon Peter Clyde Nicholas Papadakos, Esq., age 66, of McKeesport, fell asleep in the Lord on Friday, January 14, 2022. He was born in McKeesport, Pennsylvania on July 27, 1955, and is the son of the late Archon Nicholas and Stavroula “Stella” Sakellariou Papadakos.

In private practice since 1980, Mr. Papadakos has served as the Chief Legal Clerk of the Administrative Judge of the Civil Division of the Court of Common Pleas of Allegheny County, Pennsylvania from 1980-1983 and from 1984 until 1995 as the Chief Law Clerk of Justice Nicholas P. Papadakos, Justice of the Pennsylvania Supreme Court.

Peter Clyde was an engaged member of the Church his entire life, learning to chant from a young age and applying this gift at his home parish of Annunciation Greek Orthodox Church of McKeesport, at his collegiate parish of Holy Trinity Cathedral in Camp Hill, and for more than four decades at the Dormition of the Theotokos Greek Orthodox Church of Oakmont. He further enhanced the music ministry in the Pittsburgh area by offering free instruction in Byzantine Music (including Greek language lessons and a thorough study of the hymns and feasts) to many individuals through the years. Mr. Papadakos is a member of the Greek Orthodox Archdiocese of America Archdiocesan Council and its Religious Education Committee and has also served as the Legal Council and Secretary of the Greek Orthodox Metropolis and its Metropolis Council from 1980 to present. He was a dedicated servant of the local Diocese & Metropolis since its inception in 1979. He was frequently involved as a co-chair or key facilitator of major events, including the 1997 Apostolic Visit of the Ecumenical Patriarch to Pittsburgh, His Eminence’s enthronement in 2011, and most recently the St. Photios Awards Banquet. He offered his love and talents to many, assisting with Greek Education, the Armonia Chorus, Youth Ministry, traveling to area parishes for feastday vespers, ordinations, funerals, and other sacraments. This he did while also remaining among the longest-participating members of the Grecian Odyssey Dancers of Ypapanti Greek Orthodox Church of East Pittsburgh, with whom he performed 835 shows. Peter not only shared his musical talent with others, but perhaps his greatest personal pleasure came for his love and knowledge of opera. He not only regularly attended opera productions, but he listed to recorded operas at every opportunity. Opera was truly his passion.

From 1995 until 2006, Mr. Papadakos served as the Legal Council for the Council of Hellenes Abroad (SAE) and acted as its recording secretary at all of its official meetings. He currently serves as Legal Council to Hellenicare, the humanitarian organization formed through SAE to implement a medical health care relief outreach for Hellenes and their neighbors in the countries of the former Soviet Union and Albania and is a Legal Council to the United Hellenic American Congress (UHAC).

Mr. Papadakos has also served as a legal advisor and trustee to the Endowment Fund established by the National Forum of Greek Orthodox Musicians.

He excelled in his service to the national church, representing the Diocese & Metropolis on the Archdiocesan Council for many terms, and participating with distinction on the Legal and Religious Education Committees. His commitment to the work of the Patriarchate was recognized in 2006 with his investiture as Archon Ekdikos of the Ecumenical Patriarchate by Archbishop Demetrios on behalf of Ecumenical Patriarch Bartholomew, when Mr. Papadakos was also installed as a member of the Order of Saint Andrew the Apostle. In 2007, Mr. Papadakos was appointed the Regional Commander for the Archons in the Metropolis of Pittsburgh and continued this position for 15 years.

Orthros and Divine Liturgy will be celebrated on Thursday, January 20, 2022 at 9:00 a.m., with the Funeral service beginning at 11:00 a.m., also at Dormition of the Theotokos Greek Orthodox Church.

Entombment will take place at the mausoleum of the McKeesport and Versailles Cemetery.

Previous articleAHEPA Mourns Past Supreme President, Father of AHEPA Housing, Nick Smyrnis
Next article‘Greece has prepared a set of possible restrictive measures if Turkey returns to an aggressive attitude towards Greece & Cyprus’