Off the Beaten Trail: The Cultural Meaning of August 6th in West...
Featured

Off the Beaten Trail: The Cultural Meaning of August 6th in West and East Orthodox World By Catherine Tsounis 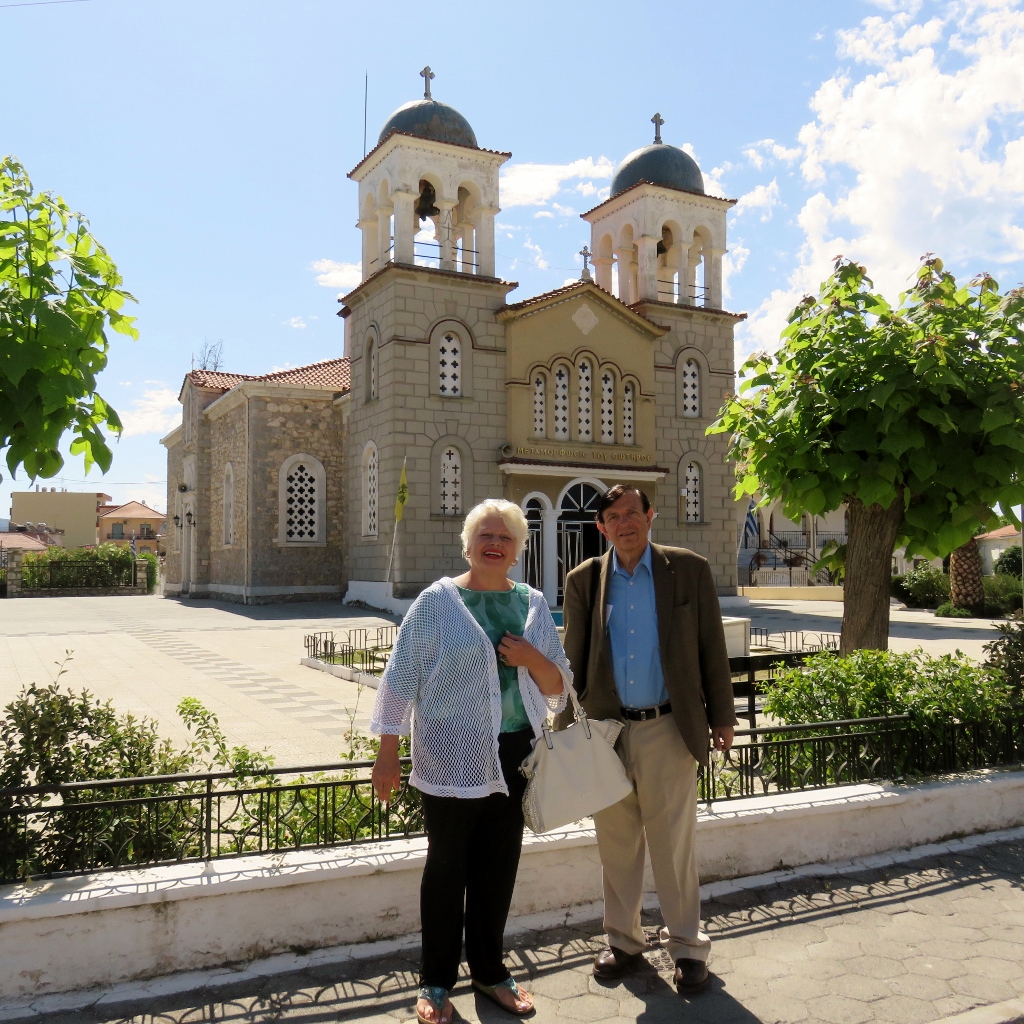 The summer Orthodox holiday of the Transfiguration on August 6th is more than religious. It shows the glory of the Byzantine civilization. It is kept alive in art and architecture of churches that continues to be a vehicle of civilization. I have had the opportunity of seeing the cultural splendor of  Transfiguration  Churches in Russia and Greece during 2015 o 2016.

Why am I interested in this August 6th holiday? “In the 1960’s, my late parents Cleo and George Tsounis was one of the Greek- American middle class families from Riverhead to East Marion who had a dream of establishing a Greek Orthodox Church on the tip of Long Island. They inspired their children to help them. Today, The Transfiguration of Christ church in Mattituck continues to inspire many through the ministry of Very Rev. Constantine Makrinos and past ministry of Rev. Dionisios Marketos. Both priests have worked with political leaders to integrate the Church in the broader community. Rev. Makrinos is in his 7th year of ministry. He participated in Southold town’s 375th Anniversary by presenting a lecture on the Transfiguration Chur on June 28th, 2015, at the Mattituck Library Story Hour.

His Eminence Archbishop Demetrios of America has said in past visits to the community’s Feast Day on August 6th “that few churches have the iconography of the Transfiguration Church of Mattituck, N.Y.” The altar was hand carved by Konstantinos Pilarinos and donated by the Late Peter Phillips. The platytera (ceiling icons) in the altar sanctuary were drawn by the late Rev. Spiliosof Brooklyn. Theodore Fillipakis created the iconography in the Cretan style. The iconography reflects the Byzantine civilization and way of life that is being perpetuated in churches across the United States.

I spent three weeks in Greece, mostly in Tripolis, the provincial capital of Arcadia. Maria of Kapogiannis Tours arranged a tour to Tinos with the Transfiguration (Metamorphosis) Church. Coincidence? I became friends with Anna Mihalopoulos, Parish Council President, her daughter Akrivi and members. After our excursion, we went to see the “Metamorphosis” Church in Tripoli.

“The ladies are on the parish council, because the men are busy working,” explained Anna. “I have been active for fifteen years. We had an Easter social that was featured online on Kalimera Arcadia. In our family, my Mother raised the children while the Father worked. I went to High School with philologist Pitsa Gerou Macarounis. Our daughter Akrivi finished valedictorian of her Philology class at Patron University. When I see a woman travel alone in an excursion, I welcome her with open arms.” The treasurer is Pitsa Rekoumi and Cultural affairs officer Dina Tyrovola.

The Metamorphosis Church is on an immaculate city block. A gypsy was outside, a common occurrence in Greece’s churches. Outside was a shrine dedicated to St. Nektarios. Anna showed us the entrance frescoes. St. Catherine, St. Paul, other saints and an icon of the Transfiguration were impressive. The church interior was closed. The community rents its facilities to the Greek Democracy Department of Education and Religion National Education Institute (ESL) for Southern Arcadia and Open University of the area of the Peloponnese.

Eight months ago, I visited Novgorod, the birthplace of Orthodoxy in Northern Russia. We took an eight hour round trip from St. Petersburg to see the Byzantine iconography of Theophanes the Greek. When we arrived, we saw a large red poster in Russian/English that said “Church of the Transfiguration of our Savior 1374. Frescoes painted by Theophanes the Greek in 1378. Open for visit.”

The Church of the Transfiguration of Our Savior, built in 1374, has Theophanes the Greek’s frescoes painted in 1378. It is a museum, allowing us to take photographs. “Cultural relations between Moscow and the Byzantine Empire were incredibly intense. Beginning from the 1380s the Greeks went to Muscovy for alms and returned with relics and works of art. The Russians also often went to Constantinople for pilgrimage and returned from there with artistic world. However, even small pieces of frescoes make it possible to appraise both an overall design of the ensemble and the unique brushwork of Theophanes that Epiphanius called «unknown and unusual painting technique values… In the early 1390s a brilliant Byzantine painter named Theophanes the Greek arrived in Moscow… He brought with him a unique, unheard-of in Rus’ painting technique. His expressive style is characterized by freedom and simplicity, incredible mobility and sometimes by sketchiness. The artist, who was perfect in “school-level” painting, refused from classical harmony and serenity in favor of maximum expressiveness of composition, figure poses and gestures.”1

The Novgorod State Museum has a wealth of early iconography. One fine example of Byzantine iconography is the Transfiguration.

In Moscow, the largest Orthodox Church was rebuilt, after being demolished and made into a swimming pool during the Stalin regime. The rebuilt Cathedral of the Savior is in the heart of Red Square. The new Church of the Transfiguration is located in the Cathedral. “The Cathedral is Byzantine, faithful to the tradition of old Russian Architecture inspired by that of Byzantium from whom Russia had received Christianity…it forms the Greek cross.”3 The iconography is traditional and modern. The Transfiguration church, which is in the lower church of the Cathedral, was consecrated in 1996. Our Moscow guide Irina said “all of Russia, young and old, donated to rebuild the church.”  This brings back memories of the late 1960’s when the people, not the rich, built the Transfiguration Church in Mattituck, Long Island.

The Transfiguration Feast Day symbolizes not only a religion, but the Byzantine civilization. The new Russian regime has gone back to its Byzantine roots that are the wish of its people. The Tripolis City Transfiguration church acts also as a center of education for persons who want to learn Greek and obtain a university education The art, literature, splendor of churches in the name of Transfiguration make it part of a flourishing of culture in the West and East.

Photo 3 – The Tretyakov Museum in Moscow has Theophanes icon of the Transfiguration.

Photo 8-   Iconography of Transfiguration Church of Cathedral of the Savior.