The opening of the exhibition “Matter First” 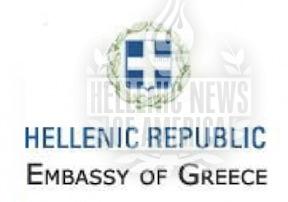 The Consulate General of Greece in New York is pleased to announce the opening of  the exhibition “Matter First,” by Yorgos Giotsas, on Tuesday, April 25th, 2017, 6:00-8:00 pm, at its premises.

Some words from his catalog gives us a clearer perception:

“…Think of the grand archetypal motif, returning over and over obsessively, where the wellspring of matter is confronted by its destruction and loss, through the primary founding element: fire.

It is from here, from the flame that destroys and regenerates indefinitely, that one has to start a survey into the heart of so secretive a work, so impassable and hostile to any hermeneutic assumption. In this no man’s land of vision and thought, Giotsas’ materials can only “respond” with oxymora: adhesives and combustion that assemble the organic and the inorganic, soft and hard, coriaceous and smooth, powdery and solid…”

Yorgos Giotsas attended classes of painting at the School of Fine Arts in Greece and Graphic Design at Hertfordshire University in the UK. Several of his works belong to private and public collections in Greece and outside, in particular in the Museum for Contemporary Art of the 1900s in Monsummano-Italy, in the Open Air Museum at Szentendre-Budapest-Hungary and in the Museum Kresow of Lubaszow-Poland.

We look forward to welcoming you at the opening reception.