Ordination of His Grace Bishop-Elect Ioannis of Phocaea is set to take place this weekend at St. George GOC in Piscataway

Father John was born in Richmond, Virginia to Ernest (of blessed memory) and Artemis Constantine. He and his family were active stewards at Saints Constantine and Helen Greek Orthodox Cathedral in Richmond. Following his graduation from Thomas Jefferson High School, he enrolled at the University of Richmond, earning a Bachelor of Science degree in Biology (1979) and a Master of Science degree in Biology (1981). After working as the Operations Manager for an environmental consulting firm, he entered Holy Cross School of Theology in Brookline, Massachusetts in the fall of 1983 and received his Master of Divinity, with distinction, in 1987. 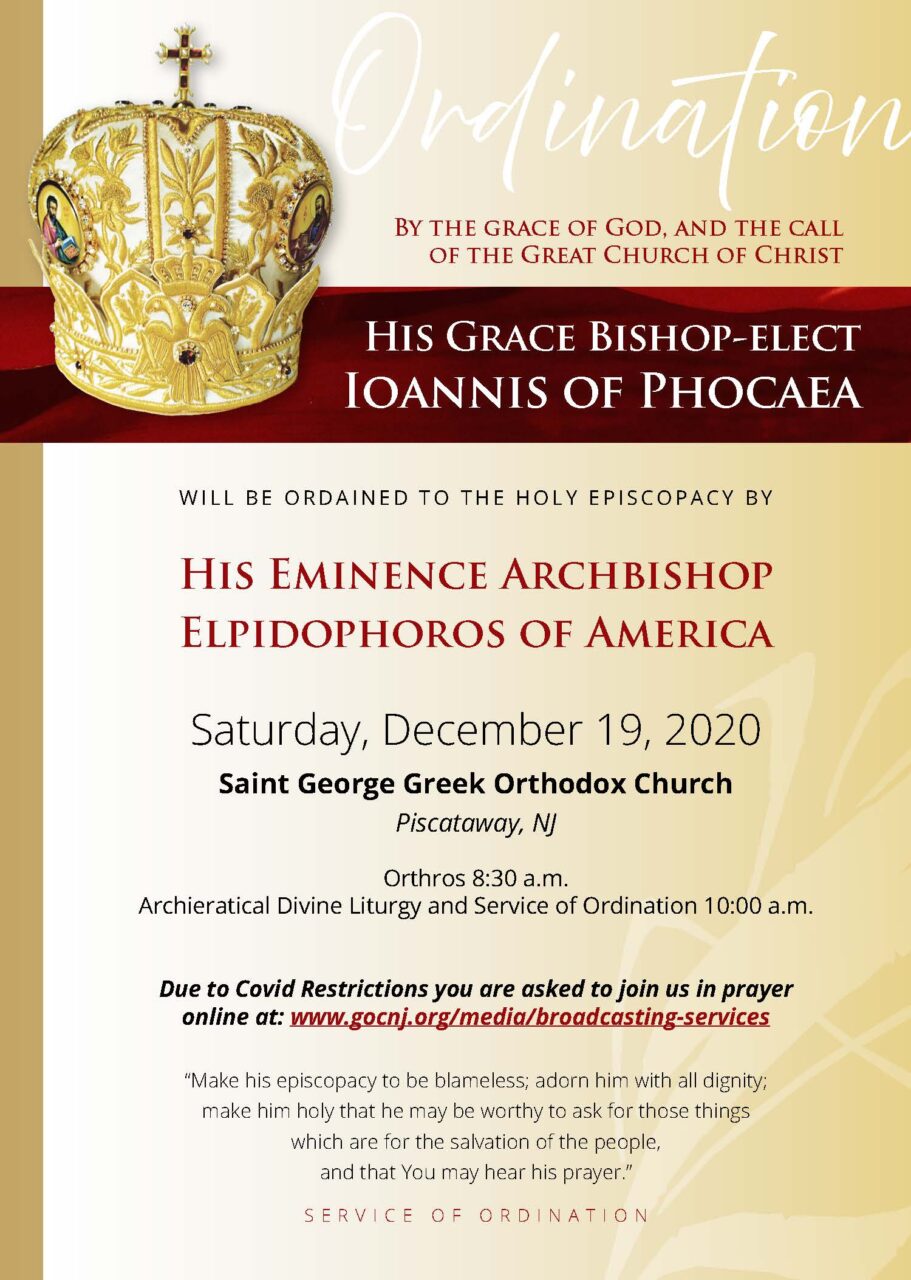 Following graduation, he served as the Lay Assistant for Youth Programs at Holy Trinity Greek Orthodox Cathedral in New Orleans, Louisiana. While in New Orleans, he was accepted into the US Navy Chaplain Candidate Program and commissioned an Ensign in the US Naval Reserve on December 12, 1988. In 1989, he began his duties as an administrative assistant to His Excellency Metropolitan Silas of New Jersey at the Archdiocesan Headquarters in New York City. In June 1990 he began a series of Navy training assignments on board the USS LEXINGTON (AVT-16) in Pensacola, Florida; Marine Corps Base in Camp Pendleton, California; and the Naval Amphibious Base in Coronado, California.
In October 1991, he received the blessing of His Eminence Archbishop Iakovos to be ordained a celibate priest. On December 14, 1991, he was ordained to the Holy Diaconate at his home parish of Saints Constantine and Helen in Richmond, Virginia, and on December 15, 1991, he was ordained to the Holy Priesthood at Saint Elpis in Hopewell, Virginia by His Excellency Metropolitan Silas. Although ordained for service to the US Navy, Father John was obedient to the needs of the Church and was assigned to Saint George Greek Orthodox Church in Piscataway, New Jersey in February 1992. While serving at Saint George, Father John was appointed a regional Youth Commissioner for the Diocese of New Jersey. He also sat on the Spiritual Court for the New Jersey state region. He was conferred the offikion of Oikonomos on November 14, 1992. On July 23, 1995, His Excellency Metropolitan Silas elevated Father John to the ecclesiastical rank of Archimandrite prior to entering active service in the US Navy.
In August 1995, Lieutenant John E. Constantine, Chaplain Corps, United States Navy, reported for duty at the Naval Air Station, North Island in San Diego. He established a proactive flight line ministry to 14 helicopter squadrons, the Marine Corps Security Force Company, and various other units at North Island. He celebrated the Divine Liturgy at the Greek Orthodox Chapel of the Holy Cross on board US Marine Corps Recruit Depot, San Diego.
While in San Diego, Father John assisted the parish of Saint Spyridon Greek Orthodox Church whenever available. In October 1998, upon completion of his tour of duty, he was assigned to Saint John the Baptist Greek Orthodox Church in Anaheim, California as Associate Priest by His Eminence Metropolitan Anthony of San Francisco.
He was appointed Proistamenos of Saint George Greek Orthodox Church in Downey, California on June 1, 2001. He arrived at the Parish as the footings of the new Church building were being poured. Under his leadership for the past 19 years, the parish has increased its visibility and activity among the Greek Orthodox parishes in southern California.
In 2002, His Eminence Metropolitan Anthony appointed Father John as Vicar of southern California. In this role he has strengthened the bonds of brotherhood among the clergy of the region. Upon his enthronement in 2005, His Eminence Metropolitan Gerasimos confirmed Fr John as vicar.
His Eminence Metropolitan Gerasimos appointed Father John as Chairman of the Metropolis Folk Dance Festival in 2007 and Co-Chairman in FDF 2008, offering his clarity and leadership as these were periods of transition for this important and vital ministry of the Metropolis.
Father John was recalled to active duty from January 2003 through October 2003 in support of Operation Iraqi Freedom. On January 1, 2010, Lieutenant Commander John E. Constantine, Chaplain Corps, United States Navy, retired after 21 years of Naval Reserve service. His decorations include: Navy and Marine Corps Commendation Medal, Navy and Marine Corps Achievement Medal (with gold star), Meritorious Unit Commendation, National Defense Service Medal (with bronze star), Armed Services Reserve Medal (with Bronze ‘M’), Global War on Terror (GWOT) Service Medal.
In November 2010, Father John was invited to spend a month at the Patriarchate of Constantinople in order to become acquainted with the work, institutions, and persons of the Patriarchate. Father John was honored by being asked to celebrate the Divine Liturgy and other services at the Patriarchal Cathedral of Saint George and the Holy Trinity Chapel of the Halki Theological School.
He was elected a member of the Metropolis Council for the Metropolis of San Francisco in 2012. He served as chairman of the Bylaws Committee, providing guidance to parishes in the Metropolis to ensure conformity with the Uniform Parish Regulations of the Archdiocese.
In August 2016, while visiting the Ecumenical Patriarchate with His Eminence Metropolitan Gerasimos on the occasion of the Synaxis of the Hierarchs of the Ecumenical Throne, Father John was, by Patriarchal Letter, elevated to dignity of Archimandrite of the Ecumenical Throne.
With the onset of the COVID-19 pandemic, Fr John took an increasingly active role in the administration of the Metropolis as he assisted Metropolitan Gerasimos in navigating the ever-changing landscape of the pandemic while still serving his parish of Saint George.
On June 1, 2020, His Eminence Metropolitan Gerasimos appointed Father John as Chancellor of the Metropolis of San Francisco.
Share
Facebook
Twitter
Pinterest
WhatsApp
Linkedin
Email
Viber
Previous articleAHEPA Commends the United States’ Decision to Impose Sanctions on Turkey
Next articleGreece hopes to emerge as the post pandemic new “Land of Dreams”
- Advertisement - 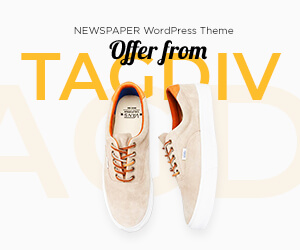