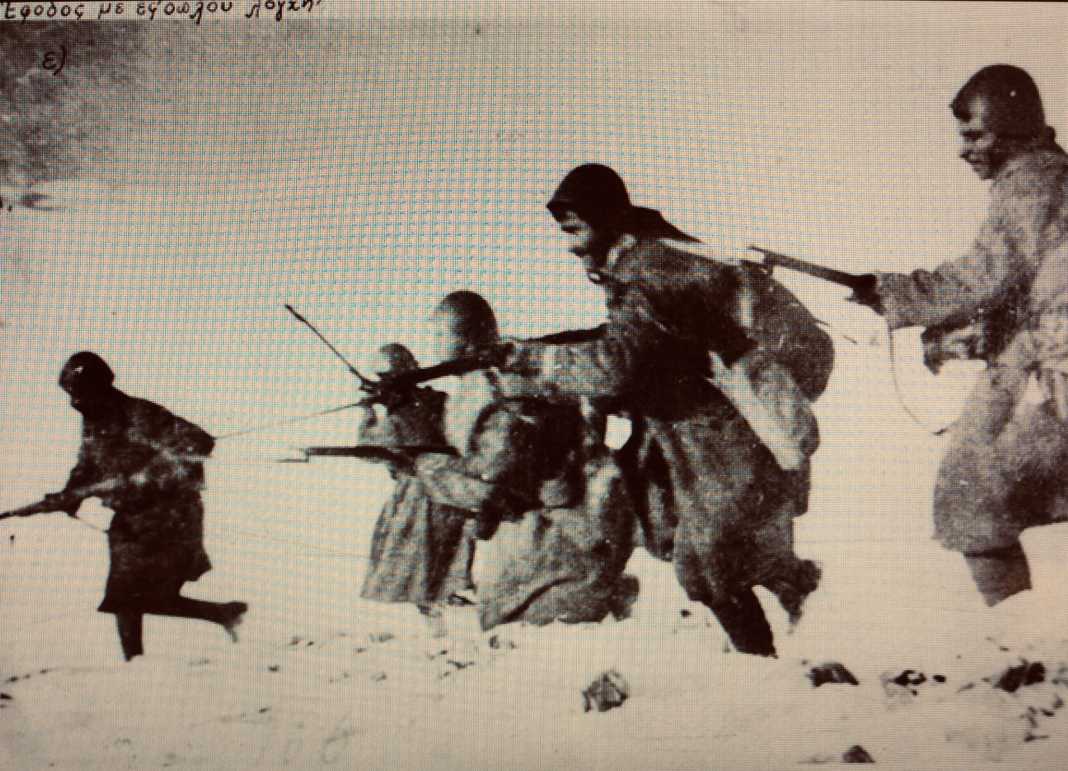 Oxi Day begins with one Greek man’s answer to an ultimatum.

But its impact reaches beyond Greece to the rest of the world. Oxi Day was a history-altering event that changed the course of World War II in favor of the Allies, Democracy and Western Civilization. It gave hope to the world and respect to Hellenes living in America.

On Oct. 28, 1940, the Italian ambassador to Greece, Emanuele Grazzi, called on Greek’s Prime Minister, Ioannis Metaxas around 3:30 a.m. to deliver a message. Grazzi had just come from a party at the Italian embassy in Athens.

Up to this point, Greece had remained neutral in the war.  Grazzi was now demanding that Italian forces be allowed to occupy strategic parts of Greece. If not, a state of war would exist by 6 a.m. between the two nations. 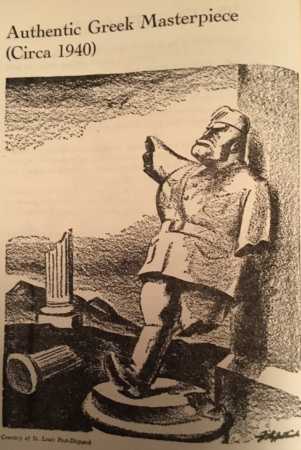 Still half asleep, the Prime Minister gave the only answer he could.

“The answer he gave wasn’t really Oxi, (No),” said Louis Katsos, president of the Eastern Mediterranean Business Cultural Alliance. “Oxi came from the newspaper headlines stating ‘we will not allow this to happen.’”

Rather, Metaxas answered in the international language of French, “Alors c’est la guerre!” or, “So this is war.”

Greeks took to the streets, saying, “No, we will not let them in.”

At 5:30 a.m., a half-hour earlier than the Italian ambassador’s deadline, Italian armies poured over the border from Albania.

Mussolini’s fascist forces had already conquered Albania, now an Italian protectorate, so there were northern tanks, armaments and thousands of troops there, ready to enter Greece.

Greek forces launched a counterattack in the mountains of Pindus.

“Within three weeks of battles in the mountains, the Greek forces actually pushed back Italian forces into Albania,” Katsos said.

“By late April 1941, the Germans finally entered into Athens and put up the Swastika on the Acropolis,” Katsos said.

Despite eventual defeat, the Greeks were highly praised around the world for initially defeating an Axis army.

“It was really the first time in the European Theater that the Axis powers were ever defeated after taking over country after country,” Katsos said.

Greece was putting up a fight singlehandedly and took the world by surprise. This raised the hopes of occupied Europe when they saw that a small country like Greece could stop an advancing Axis army.

“The Axis power had overrun close to a dozen nations. It really raised the hopes of everyone that the fascist forces could be defeated,” Katsos said.

At the time, it was one of the most significant events of World War II and got the attention of people like President Roosevelt and Winston Churchill.

Greek resistance also changed the course of the war by delaying Hitler’s attack on the Soviet Union.

Hitler was ready to send forces into the Soviet Union before its harsh winter could begin. When the Greeks pushed back against the Axis, Hitler had to divert some of those troops south to put down the Greek fighters and occupy Greece. That delayed his entry into the USSR until the winter months, stalling his campaign there.

“It was a pivotal event,” Katsos said.

Here in America, the Greek campaign was noticed by every newspaper in the nation. America had not yet entered the war.

Prior to Oxi Day, Greeks in America had been outliers. Once the American public saw the determined fight from Greeks to beat back the Fascists, they had a change of heart and Hellenic Americans were recognized from that point on as patriotic Americans.

“A lot of Greek people don’t realize Oxi was a historic day as far as being accepted as Americans,” Katsos said.

So what enabled the Greeks to push back initially against the invading forces?

“What was different was this was mountain warfare in the middle of winter,” Katsos said.

Unlike other countries with large city populations, Greece had a lot of its people living in the countryside and in the mountains for hundreds of years.

The population rose up to fight the Italian invasion, with guerilla tactics, coming to the aid of Greek’s small military.

“It was regular people of all ages, young and old. It was women carrying weapons on their back, carrying ammunition. It was people throwing rocks. It was savage warfare,” Katsos said.

There was also help from a large number of Greeks living in southern Albania.

“Mussolini thought it was easy because Greece was a small nation,” Katsos said.

Oxi Day has been celebrated since 1942, first among the Greek resistance, then later as a public holiday by all Greeks.  The day sees military and student parades, public buildings and residences decorated with the national flag and a day off from school and work.

Katsos said it’s critical to always remember the events of Oxi Day, particularly since the west is not always as united these days in fighting fascism. He points to the world’s indifference to the occupation of Cyprus by Turkey and the killings in Syria as examples.

“Unless you stop them, they recur,” he said. ”It’s up to us to educate, particularly the young people, and discuss these important historical things important to them. It has to be more than just a celebration or a holiday for Greeks and Cypriots. We must educate non-Greek people on the importance of that day and what Oxi means nationally and internationally.”