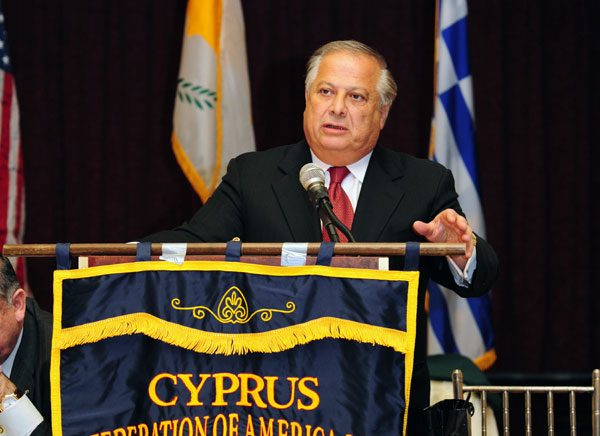 The Pancyprian Association of America will announce a proposal to build a new 250-seat cultural theater in Astoria at a press conference held on May 13th at 6PM.

Founded in 1975, the association operates six divisions, including robust ancient Greek theater productions, which feature professional actors, along with dance and choir performances throughout the year. The association is currently packed into 1,800 square feet on three floors, which is becoming difficult to operate with various groups using the space for rehearsals, practices and functions. There are 160 children in dance groups, a 40-person choir, and a theater group that presents monthly.

Due to growing audience demand, the association often scrambles to find the appropriate venue for their performances. Typically, the spaces are too small and cramped or large and expensive; they lack dressing rooms, lighting and the right equipment necessary for productions.

“Thanks to the hard work and dedication of our members and division presidents, we are able to offer the community a full array of cultural performances, however, the right performance space has been a major hurdle,” said President Philip Christopher. “We hope that our vision may soon become a reality.”

The association has partnered with Mega Contracting Group, an Astoria based general contracting and real estate development company, from whom they would lease the ground level of a new proposed development for the theater at 46th Street between Ditmars Boulevard and 23rd Avenue. Mega and the Pancyprian Association are submitting a rezoning plan to facilitate this development for approval by local stakeholders and elected officials. They urge the local community to express support for this new community facility and vital cultural amenity.

The 8,700-State-of-the-Art theater will be open to the public and to all other groups that may decide to rent it as well. Some examples of anticipated programming include dance groups, youth orchestras and choirs, fashion shows, and panel discussions.

Who: Philip Christopher and the division presidents of the Pancyprian Association

The Pancyprian Association was founded in 1975, is a 501c not-for-profit organization and focused its efforts on protecting and assisting the struggle of the Cypriot people for freedom and justice and educating students from Cyprus.

The Pancyprian Association will dedicate the Theater in honor and in memory of a great benefactor and humanitarian, Nikos Mouyiaris.