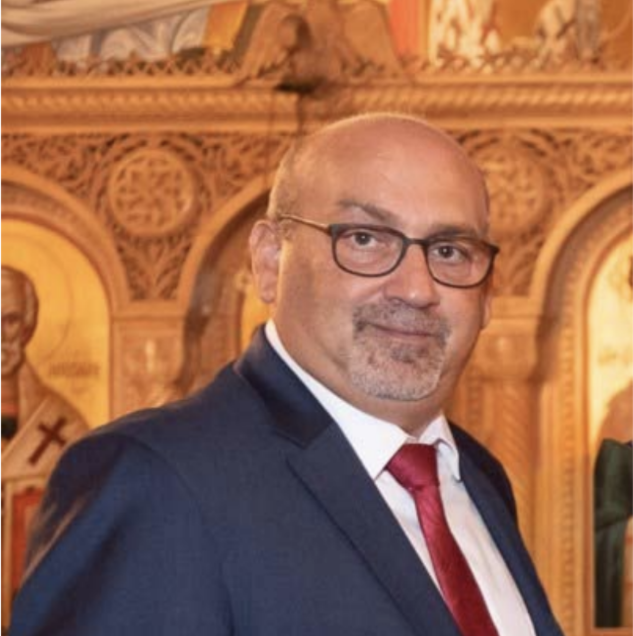 On Tuesday, May 5th, 2020, the pillar of the Litos family, Petros Emmanuel Litos, lost his battle with COVID-19; he was 59 years old. Petros was born in Logan, West Virginia on November 6th, 1960 to his parents, Emmanuel and Maria Litos, who migrated from Greece in 1958. Shortly after his birth, in 1964, Petros and his family relocated to Elizabeth, New Jersey where he lived for the duration of his younger years. He attended Elizabeth High School and graduated in 1978.

Throughout his young adult years, Petros worked tirelessly in the diner business with the main objective of owning his own one day. In 1986, Petros made his dream a reality when he and his brother, Michael, purchased the Somerset Diner; little did he know that this was only the start of his professional achievements. Petros married Kalliopi Hrissafinis on July 12th 1987 and shortly after welcomed his children – Maria in 1988 and Emmanuel in 1991.

As Petros’ family grew, so did his accomplishments.  In addition to the Somerset Diner, Petros, alongside his brother Michael, owned and operated the Adelphi Diner and the White Rose System. The three businesses laid the foundation of success for Petros and his family. Recently, Petros, his son Emmanuel, and his wife Kalliopi moved to Allentown, Pennsylvania to embark on his final adventure – the Starlite Diner.

Petros’ deep love for his village was unparalleled; he shared that dedication with others while pledging to preserve his culture here in the United States. He loved to dance and take part in events that embraced his culture and community. Since 1980, Petros was a dynamic factor in the success of Agioi Anargyri. He was a solid resource to his community as he served on several Agioi Anagryi board committees, holding the honor of becoming the first American-born President in the history of Agioi Anargyri in 2007-2009.

With his dynamism, enthusiasm, and diligence, he willingly paved the way for future generations to follow. Petros was known for being a kind and gentle soul who entered a room with a smile on his face while greeting everyone with warmth and love. He was a man who worked hard and shared his own victories with those around him – family and friends. His selfless demeanor was admired by all and will be remembered forever. Petros was preceded in death by his father, Emmanuel. He is survived by his wife, Kalliopi, his daughter, Maria, his son, Emmanuel, his mother, Maria, his brother, Michael, and his sister, Eftihia, along with many other members of his Greek family and community. In lieu of flowers, memorial donations can be made in memory of Petros to Saints Anargyri Progressive and Educational Association of Voladians.