Presbytera Joan Ganiaris, fell asleep in the Lord on November 15, 2017 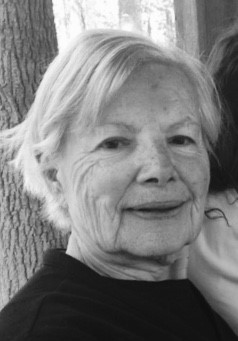 After a brief illness, Joan Ganiaris, age 85, passed away peacefully at her home on November 15, 2017 surrounded by her daughters.

Joan was born in Kyparissia, Greece in 1932, one of three children. She often spoke of that beautiful part of Greece with its olive groves, vineyards and views of the Ionian Sea. Sadly, Joan, along with her mother, brother and sister, suffered years of occupation during the war and were displaced from their family home. After the war ended, they were among the first to leave Greece in 1946, joining their father in Detroit who had been separated from them for over ten years.

In 1950 she was introduced to a young seminarian, Stamos Ganiaris, who had also recently immigrated from Greece, and in 1952 they married. Five daughters soon followed. While Rev. and Mrs. Ganiaris served the Greek Orthodox communities in Watertown, NY, Wilmington and Pittsfield, MA, she graciously fulfilled her duties as Presvytera. She enjoyed her involvement with the Philoptochos Society and the Altar Guild.  Joan cherished her many dear friends in each community. In addition to sharing her time and talents with the church, her family and her friends, she discovered a natural talent for painting beautiful watercolors and writing poetry.

Joan was predeceased by her husband of 61 years, Rev.  Ganiaris, and her brother James Giftos.  She is survived by her daughters, Helen (David), Soula (Mike), Tina (Jamie), Maria (John), and her “sweet Angela,” who resides at the Mary Campbell Center. She is also survived by her sister Christine James, seven grandchildren, Anna, Katie, Evie, Tom, Alex, Will and Matt, two great grandchildren, Evie and Mikey, many nieces and nephews and a goddaughter.

In lieu of flowers, donations may be made to the Mary Campbell Center, 4641 Weldin Rd, Wilmington, DE 19803 or to Holy Trinity Greek Orthodox Church. Joan walked with Angela every day at the Center for the past 23 years, remarking daily how blessed we all are with the wonderful care they provide.

The visitation and services will be held on November 21st at Holy Trinity Greek Orthodox Church, 808 N. Broom St. in Wilmington. The visitation will begin at 11 a.m. with the funeral service at 12:30. Interment will follow the service at Silverbrook Cemetery where she will be laid to eternal rest. To offer condolences, visit www.chandlerfuneralhome.com.