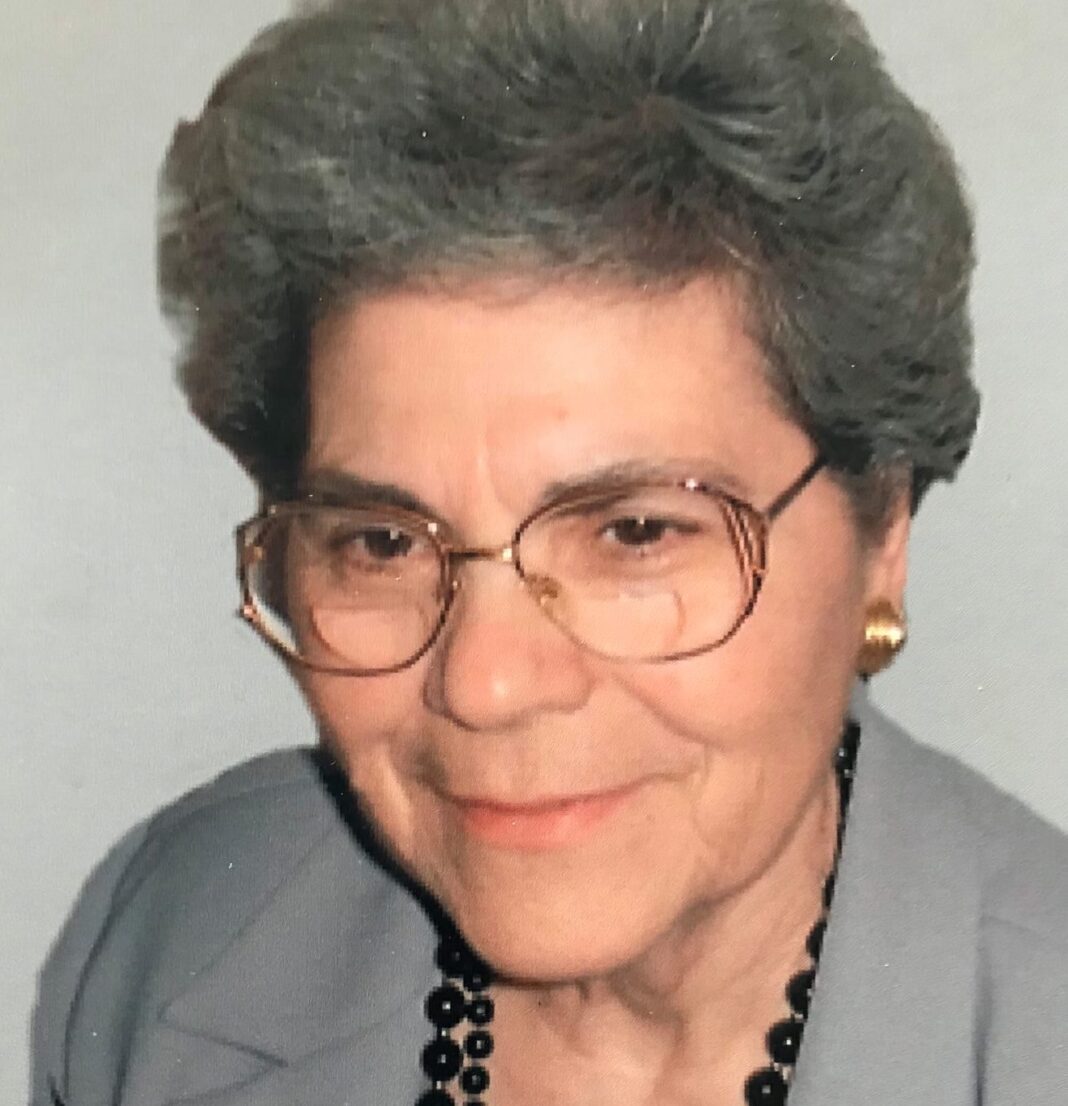 Beloved and adored mother, Presvytera Golfo (Drouviotou) Nikas, passed peacefully from this temporal life into eternal Paradise on July 5, 2020, after a brief illness and several years afflicted by Alzheimer’s.

Golfo was born in Athens, Greece to Vasilios Drouviotis and Dionysia Assimakopoulou, the youngest of 9 children. She pursued her Secondary Education at the University of Toledo, receiving a Bachelor of Education. She then completed her Master of Education and returned to Greece with the hopes of starting her own private school, specializing in teaching English.

However, God had other plans for her, and she fell in love with (Rev.) Prokopios Nikas of Fili, Attica, Greece. After marrying in the early 60’s, they moved back to the United States and settled in the Hartford, CT, area whereupon Prokopios became an ordained Greek Orthodox Priest and Golfo became a Presvytera (wife of a Priest).

Throughout Fr. Prokopios’ 50+ years of faithful service in the Greek Orthodox Archdiocese of America (mostly in the Northeast), Presvytera Golfo stood by his side and assisted him in all aspects of ministry, including Greek School, Choir and Philoptochos. When possible, she would also teach New Testament Greek at the local college. During their time in Weirton, WV, she was offered tenure at nearby Steubenville University in Ohio as Professor of New Testament Greek. However, as her husband was frequently reassigned to various parishes, it was not possible to accept this position, being the faithful wife that she was.

Perhaps their greatest joy was the adoption of their only child, George, from Athens, Greece in August 1969. Presvytera Golfo was very protective and nurturing, even after George reached adulthood, becoming a Priest himself! She will be forever remembered as a most loving and genuine mother, always putting the welfare and wellbeing of her son before anything else. Although her son became a celibate Priest and thus did not offer her any grandchildren, she was comforted knowing that he offered her his utmost and caring attention until her last day.

When she was not busy with Church duties or raising her only son, Golfo enjoyed reading the Bible, the lives of the Saints, the Greek newspapers and watching movies on tv. Though she would rarely buy anything, she enjoyed spending hours at the local mall “shopping” as well as talking with various parishioners and lending her years of expertise as a Presvytera to would-be future wives of Clergy. She especially enjoyed family vacations in Clearwater, FL, North Wildwood, NJ or her home country of Greece.

On her behalf, Fr. George extends their collective gratitude to her nurses and CNAs at Holladay Healthcare Center who provided exceptional care and love to Golfo. Without hesitation, Golfo would especially want to thank all those who visited her on a regular basis and brought her great joy and “parea.”

Although this obituary does not do any justice in portraying the life that she lived or the person that she was, those that knew her best would agree that they were better off for it. Her kindness, honesty and simplistic humility left an indelible impression on all. Although there are no words to express the unfathomable pain and loss that her earthly departure has created, we can all take courage in the knowledge that our Lord assured us: “I am the resurrection and the life. He who believes in Me, though he may die, yet shall live.” (John 11:25)

Presvytera Golfo Nikas was preceded in death by her beloved husband of over 50 years, the Rev. Protopresbyter Prokopios Nikas who passed away on June 10, 2012, as well as her parents and 8 siblings. She is survived by her loving son, the V. Rev. Archimandrite George Nikas, Dean of Holy Trinity Greek Orthodox Cathedral/Prophet Elias Greek Orthodox Church in Salt Lake City.

A Viewing will be held on Sunday, July 12, 2020, from 6:00pm – 8:00pm with a Trisagion Prayer Service at 7:00pm at the Prophet Elias Greek Orthodox Church, 5335 Highland Drive, Holladay, UT, 84117. The Funeral Service will be held on Monday, July 13, 2020, at 11:00am, also at Prophet Elias Greek Orthodox Church. In lieu of flowers, donations in her loving memory may be made to The Greek Orthodox Church of Greater Salt Lake, in care of Holy Trinity Greek Orthodox Cathedral (279 South 300 West, SLC, UT 84101). Arrangements have been entrusted to Memorial Holladay~Cottonwood Mortuary. In compliance with Salt Lake County’s directive on face coverings, we ask you to wear a mask at the funeral service and to social distance accordingly.

Condolences may be shared with the family at http://www.memorialutah.com/obituary/holladay-cottonwood/presvytara-golfo-drouviotou-nikas/

The Funeral Service (Monday, July 13th at 11:00am Mountain Time) will be live streamed via our church’s Facebook page (Greek Orthodox Church of Greater Salt Lake)

MAY HER MEMORY BE ETERNAL!!!