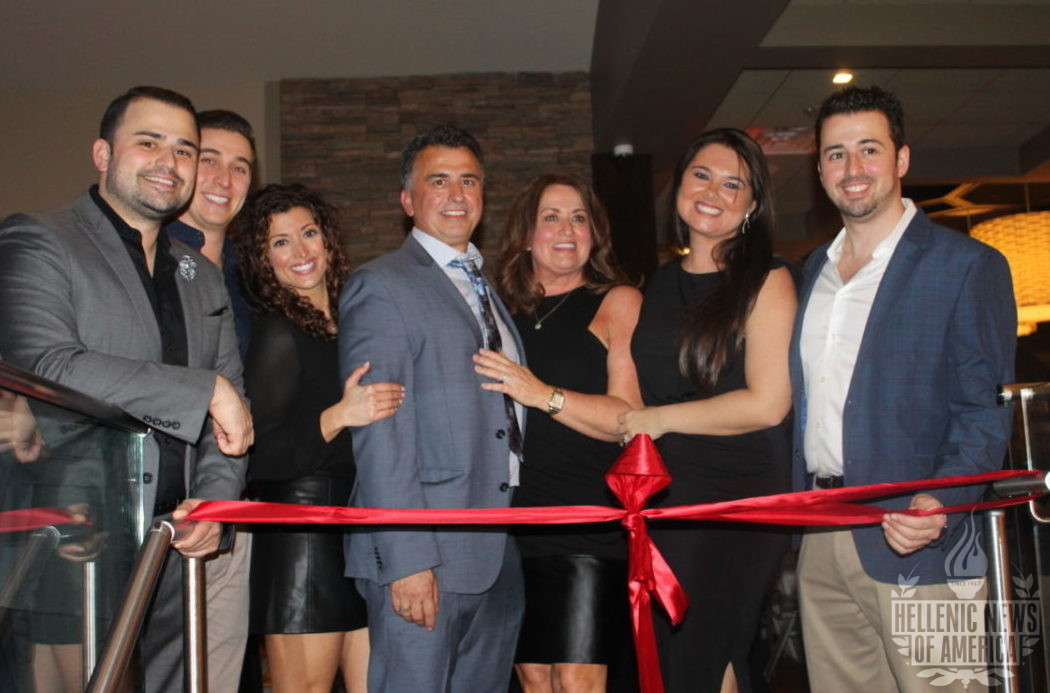 The Randolph Diner may be a 26-year New Jersey landmark, but that doesn’t mean its owner wants to stay stuck in the past.

“The first thing you have to do is update constantly. Talk to the customers. See what they want. Work with them,” says diner owner Bobby Spiropoulos.

He and his family have owned the diner, located at Rt. 10 and Center Grove Road in Randolph, New Jersey, since 1991. In February, they completed a year-and- three-month renovation that added a second floor banquet hall with on-site catering, a sports bar and grill, an outdoor dining area and small rooms for smaller parties.  They also renovated the first floor diner and kitchen and added an elevator.

Father John Theodosion of Saint Andrew’s Greek Orthodox Church in Randolph offered a blessing prior to the ribbon cutting ceremony, according to the Reporter article.

“It was a lot of fun. There were people all over celebrating the opening of the place,” Spiropoulos recalls.

The diner’s new look and facilities were created by Dave Jackson of Jackson Creative Group in Rhode Island. Construction was handled by El Greco Construction of Hoboken, New Jersey.

Amazingly, the diner stayed open during the entire construction period so customers could see the changes happening day by day.

“The customers treated it like their own project,” Spiropoulos says.

The banquet hall (Upstairs at the Grove, according to the restaurant’s web site) opens up the diner for catering events like weddings. It can accommodate 180 to 200 people. Smaller rooms can handle gatherings of 25 to 30 people. Off-site catering is also available.

“What we’re doing now is offering more to the customers,” he says. The first floor is a more traditional diner. The second floor banquet hall offers catered events.  The sports bar and grill features 24 HD TVs for sports viewing and an outdoor patio.

The mission of the Randolph Diner, according to its website, is to bring “key features of high-end dining to the casual dining environment at an everyday value.”

A lot of that Is achieved by preparing good food delivered by a welcoming, respectful staff. In other words, a good customer experience.

“Make them feel like it’s their home, their place,” Spiropoulos says of his customers.  Be friendly with them, he adds, because they are going to support your business so it can carry on for many years.

Spiropoulos, who hails from Nafpaktos, Greece, attributes his success to long hours, hard work, working with the customers and updating constantly.

The Greek American came to the United States in 1976, to Dover, New Jersey. After three years of schooling, he worked as a dishwasher and a line cook. In 1980, he, his brother and his cousins bought their first diner, Don’s Diner in Irvington, New Jersey.

Spiropoulos described the Randolph Diner as a small ice cream place when he acquired it in 1991. According to an article at TAPinto.net, the diner was a small 50-seat café at the time.  A year after taking over the business, Spiropoulos expanded the seating area to fit in more customers. A second expansion years later opened up a back room and a bar area.

Today, he runs the diner with the help of his wife, Kathy, and his four children.

“My kids help out here. My wife helps with the catering so it’s a family business. Everybody helps out,” he says.

Working at the restaurant teaches responsibility to the next generation and encourages them to learn as much as they can to deal with the wide range of customers they see.

Spiropoulos also stays active in the community, for Greeks and non-Greeks alike. He supports efforts to help people from his home town back in Greece. He is also a member of the American Hellenic Educational Progressive Association. In addition, he belongs to the Kiwanis Club and the Rotary Club.

Then there’s his background as a soccer player and coach.

“I was playing soccer. I played at the high level.  After my kids were born I started coaching them,” he says. “It was a lot of fun.”  As coach, he traveled with his youth soccer teams all over, including to Greece and England and around America. He’s watched some of his players win scholarships and play at the professional level.

“It’s a good thing you are still involved after 26 years there (at the Hellenic News) and everybody has to support it so this way we have something to look forward to every month coming to our restaurant,” he says.