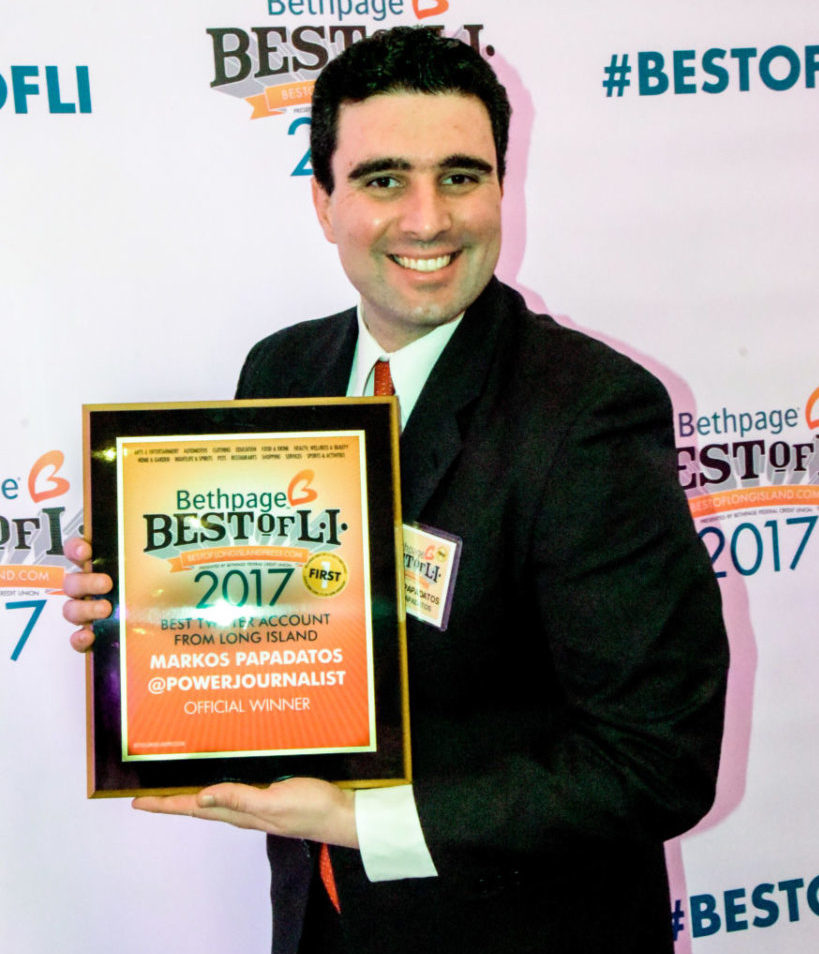 The people of Long Island have spoken! 780,243 total votes were cast in this  year’s “Best of Long Island” competition. For 2017, Markos Papadatos @Powerjournalist was named “Best Twitter Account from Long Island,” and rightfully so.

In his humble acceptance speech, which he posted on his social media page, Papadatos remarked, “Thank you ALL so very much for taking the time to cast your votes for me for ‘Best Twitter on Long Island’ for @Powerjournalist the 2017 ‘Best of Long Island’ fan-voted competition. This was my first nomination ever, which was flattering and exciting in itself. You guys make me feel like I do have the best Twitter account every single day and thanks for taking the time to read, like and re-tweet the articles that I pour my heart in writing. Out of eight million people that live on Long Island, to be considered as one of the Top 15 Twitter accounts is quite impeccable, let alone win this tremendous honor. Wow. A power-journalist is only as good as his reading audience. Thank you all for taking the time to read my interviews, reviews, features and news pieces. You inspire me to keep going every since day. My adrenaline level is only getting stronger each year. Hopefully, this is a harbinger of bigger and better things to come in the future.” 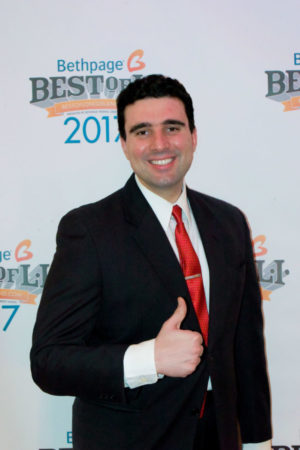 The power-journalist continued, “I would like to take this time to acknowledge my fellow nominees and reassure them that I am humbled to be in their company: WBAB 102.3, CMPAC, Jupiter Fell, Monica Taller, The Daily Blu, Mick Foley, Rick Eberle, Family Fitness Unlimited, News 12 Long Island, Newsday and Long Island Ducks; singers Randy Jackson of Zebra and songstress Lisa Polizzi and her band (Pleasure interviewing you both this year), as well as Adam Ellis and The Paramount (I love covering your shows there)!”