CommunityRequest for investigation into Katsifas’ murder by Albanian police
Community

Request for investigation into Katsifas’ murder by Albanian police 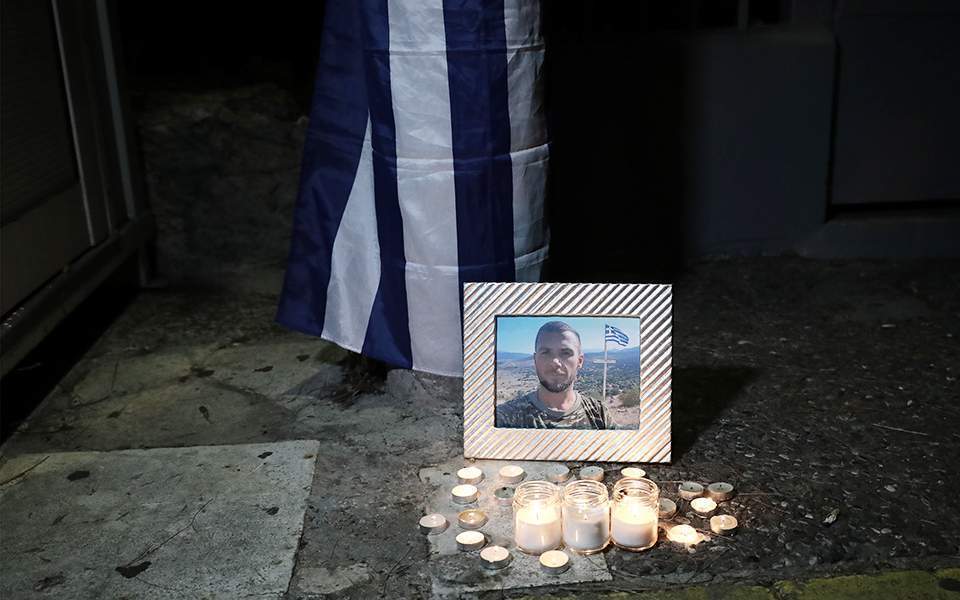 On Sunday, the 28th of October, a member of the Greek National Minority (GNM) of Albania, Konstantinos Katsifas, was shot dead by Albanian police special forces, RENEA. The conditions and exact events that led to this killing remain a mystery, as the Albanian authorities have not disclosed essential pieces of evidence. Serious doubts and concerns have been raised regarding the rule of law in Albania and whether its practices resonate with the prospect of EU accession, or if it still stands by the legacy of the oppressive Hoxha regime.

For the previous five years, Katsifas, a blacksmith of Greek and Albanian citizenship, had been a prominent member and organizer of his community’s celebration of the “OXI” day – the day that Greece turned down Mussolini’s ultimatum and stood its ground to repel the fascist attack. “OXI” day symbolically commemorates Greece’s immense human losses and sacrifices during WWII, as well as its resistance to the quadruple German-Italian-Bulgarian-Albanian occupation. During WWII, Vouliarates (Bularat), the village that Katsifas was born and died in, and just 6 km from the Greek-Albanian border, was transformed into a hospital for the wounded, and many deceased Greek warriors were buried at a local cemetery, dedicated nowadays to their memory. Katsifas feared that Albania would not fully comply with the previous or more recent promises between foreign ministers of Greece and Albania in two respects: First, for exhuming the bodies of almost 8,000 Greeks who died on Albanian soil during WWII, and second, for providing them a proper burial. Albania has been stalling for nine years to implement this bilateral agreement signed in 2009. Katsifas was also actively seeking Albania’s conformity to its long-standing, decades-old pledges to Greece and the League of Nations (cf. Annex 1), but also to its newer ones to the United Nations and the European Union to provide access to a Greek language schooling system to the members of the GNM (cf. Annex 1). Albania not only has not fulfilled this responsibility, but on the contrary, has been massively and persistently violating these mandates in several ways, among which is devising numerous legal restrictions to the free expression and practice of rights of members of the GNM. The record of these violations is lengthy and not compliant with the essence of a modern state of law that honors its signature, nor is it adhering to the international laws pertaining to human rights. Indicatively, (1) in the era from Albania’s foundation in 1913 until WWII the following took place: (a) a ban on teaching Greek outside a minority zone, a zone precisely designed to exclude significant parts of Greek population, (b) the forceful conversion of all Greek schools to Albanian ones in those excluded areas, (c) dismissal of non-Albanian speaking teachers, (d) reduced hours of teaching Greek and increased hours of teaching Albanian, (e) the abolishment of private education which affected Greek schools- the vast majority if not the only private schools in Albania at the time. All the above oppressive measures resulted in the massive decrease of the number of Greek schools from a high of 100 in 1924 to just a handful in 1933. All these facts, unequivocally demonstrated the intention to achieve the systematic ‘dehellenisation’ of Northern Epirus and Albania in general and led to a decision by The Hague Tribunal in 1935 (cf. Annex 2) that forced Albania to allow Greek schools to function again. (2) After WWII and until today, the presence of the GNM and therefore the right to have Greek language schools, is acknowledged only in the so-called, re-designed “minority zones”, enduring since the days of the Hoxha regime. The zones have been fixed to include 99 villages, while either vengefully or arbitrarily excluding significant Greek settlements, such as those in the region of Himara. The religious rights of the minority, which in its majority is Orthodox Christian, have also suffered greatly especially during the communist era, leading to the imprisonment, exile in forced labor camps, and death for thousands of victims. Konstantinos Katsifas, a member of a community that has inscribed in its collective memory the struggle to freely express its identity, many times in a hostile environment, could not help but feel disappointment, betrayal and desperation in the face of Albania’s political and legal system that did not respect its obligations to him.

Katsifas was involved in the preservation of the Greek heritage and culture by spending his personal, limited financial resources to support the local Greek teacher. Each year with his meager means he would also undertake the decoration of the village and the military cemetery with Greek flags, some of which he personally sewed himself, to honor the “OXI” day. These decorations are customary for all people of Greek descent around the globe in the memory of the struggle of their ancestors. In doing so, he echoed the message of love for liberty and life in dignity, by exerting his human and constitutional rights as a member of the internationally recognized GNM in Albania.

To this date and to a great extent, the events remain unclear as to how and why Katsifas was shot dead by Albanian police forces. Serious allegations by eye-witnesses, family members, relatives and friends of the deceased point to the fact that the police provoked his reaction and then murdered him, while the situation could have been handled differently (cf. Annex 3-19). Unfortunately, information is scarce and for the time being the Albanian authorities are restricting access to any record of the actual events, while showing a provocative lack of respect for the deceased and lack of cooperation with the victim’s family. In an unprecedented demonstration of inhumanity and disrespect, Katsifas body was returned to his family 10 days after the killing. In the meantime, the family was denied access and examination of the body (cf Annex 10-19).

We implore you to investigate, in the context of your organizations’ constitutional principles and in the capacity of your official jurisdiction to promote accountability in individual States for the respect of human rights, the conditions and exact events that led to Katsifas murder. More specifically, we wish answers to the following questions:

With respect to the death of Konstantinos Katsifas, the practices of the Albanian State are not in the service of bringing the truth to light. On the contrary, as it is further proven in the Annexures supporting this document, Albanian authorities have systematically mistreated the deceased, his family and his community, through both neglectful and wrongful actions, and are therefore unreliable in the quest for answers. We frankly question the ability of the police and judiciary system in Albania to release the evidence of the investigation in fairness to the victim. Furthermore, we question the separation of powers in the government of Albania, and fear that justice is being obstructed, since the prime minister himself, Edi Rama, referred to the victim as a “lunatic” and an “extremist” just hours after the events of the killing (cf. Annex 20), while the investigation was supposedly still ongoing. This fact, combined with the conclusions of the European Commission (cf. Annex 21) overall on Albania’s progress report for 2018 regarding democracy, rule of law and fundamental rights, do not engender confidence.

As a result, we request your intervention to ensure that justice is served. More specifically, we request the following:

This case represents the most recent in a long series of cases of mistreatment against members of the GNM who have been threatened, harassed and discriminated against because of their origin, by both the Albanian state as well as individual Albanians. The list of reported violations that the Albanian State either failed to deter, has tolerated, or actively perpetrated is lengthy. Significant among them are the recent compulsory expropriations in GNM areas, directly targeting GNM property. Katsifas is not the first person of Greek origin who has lost his life in Albania because of persevering for his minority’s rights. In 2010 in the Himara region, Aristotelis Goumas was run down on his motorcycle by three Albanians because in an earlier encounter in his store, he would not cease – as the Albanians had demanded – speaking in his native language, i.e. Greek.
We remain at your disposal in order to provide further assistance in this task of outmost importance towards consolidating human rights, peace and stability in a very sensitive region with delicate balances and vital interests for Europe’s development. Only by bringing to justice those responsible for the murder of Konstantinos Katsifas no matter how high they are in the chain of command, will Albania prove that it is a State where justice is respected. Unity will be served in the broader region and a sentiment of security restored to the people of Greek minority in Albania. Finally, the strategic partnership between Greece and Albania that has been repeatedly strengthened by benevolent measures only few of which are, the multi-front backing for NATO accession in 2009 and EU accession more recently from the Greek state, will be allowed to prosper. We hope that your actions and decisions will serve this purpose.

The Executive Council of IHA

The International Hellenic Association- IHA www.professors-PhDs.com is a non-profit, non-partisan entity chartered in Delaware USA. Its members primarily come from the academic sector around the globe. Beyond academicians, among IHA members are included former diplomats, military officers, state officials, journalists, entrepreneurs, scientists, free-lancers and other pre-eminent figures of the Hellenic society. The purpose of IHA is to electronically unite Hellenism and assist Hellas (Greece) through its committees in matters of national and cultural nature.
Annex

Supportive information of the main document.