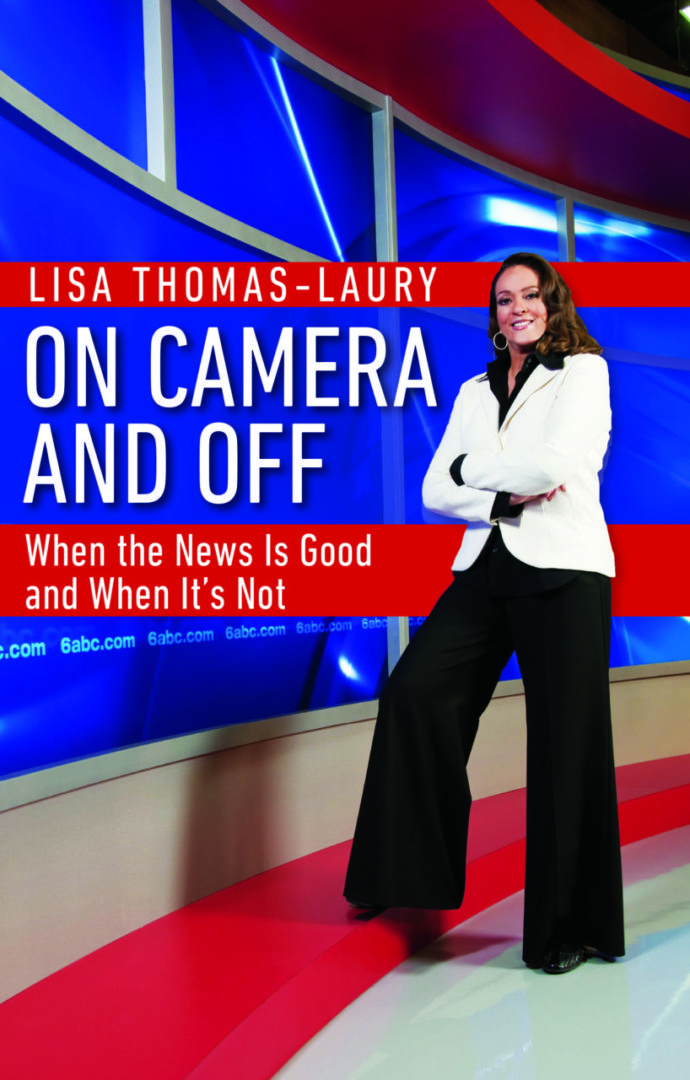 Media, PA, November 27, 2017 – The Delaware County Press Club welcomes retired Action News co-anchor, author, and POEMS syndrome survivor Lisa Thomas-Laury to their festive holiday lunch at the elegant Radnor Hotel, 591 E. Lancaster Avenue, Saint Davids, PA, on Wednesday, December 20. Thomas-Laury will discuss her professional and personal journey and memoir, On Camera and Off:  When the News Is Good and When It’s Not.

She was honored by the Camden County YWCA as a TWIN award recipient for her outstanding accomplishments, and was the 1996 recipient of the prestigious “Sarah Award,” presented to outstanding women in the media by the local chapter of Women in Communications. She was awarded an Honorary Doctorate from Holy Family College in 2000. In 2003, she was named Best TV Anchorwoman by the Main Line Times, the same year she was diagnosed with a rare nerve disorder called POEMS syndrome.

Thomas-Laury left WPVI in November 2003 after her illness paralyzed her vocal cord, leaving her unable to project her voice. In 2004 she received the “Braveheart Award” from the local chapter of the NAACP for her dedication to her work and community, despite her illness. She underwent a bone marrow transplant at the prestigious Mayo Clinic in Rochester, Minnesota in July, 2004 and returned to 6abc as a reporter and anchor two years later.

Copies of Thomas-Laury’s book On Camera and Off:  When the News Is Good and When It’s Not will be available for sale at the event.

Networking begins at 11:30 a.m. followed by buffet lunch at noon. The public is welcome to all Press Club lunches.  Cost for December’s lunch is $30 for members, non-members, guests and walk-ins, payable by cash or check at the door, and includes a raffle ticket to the popular holiday gift basket raffle which benefits the Press Club Scholarship Program.

The Delaware County Press Club offers financial assistance to students in higher education who are majoring in the many fields of communications at colleges and universities in the Greater Delaware County area.

Picture enclosed:  1. Longtime Philadelphia Action News Co-Anchor Lisa Thomas-Laury will talk about her memoir On Camera and Off:  When the News Is Good and When It’s Not at the Press Club’s holiday lunch at the Radnor Hotel on December 20.

Previous articleτελετή για τον εορτασμό της Εθνικής Αντίστασης
Next articleMeeting of the President of the Hellenic Parliament with the new Board of Directors of W.H.I.A.