On the Road in Greece: Archaeological Museum of Tinos
Featured

On the Road in Greece: Archaeological Museum of Tinos 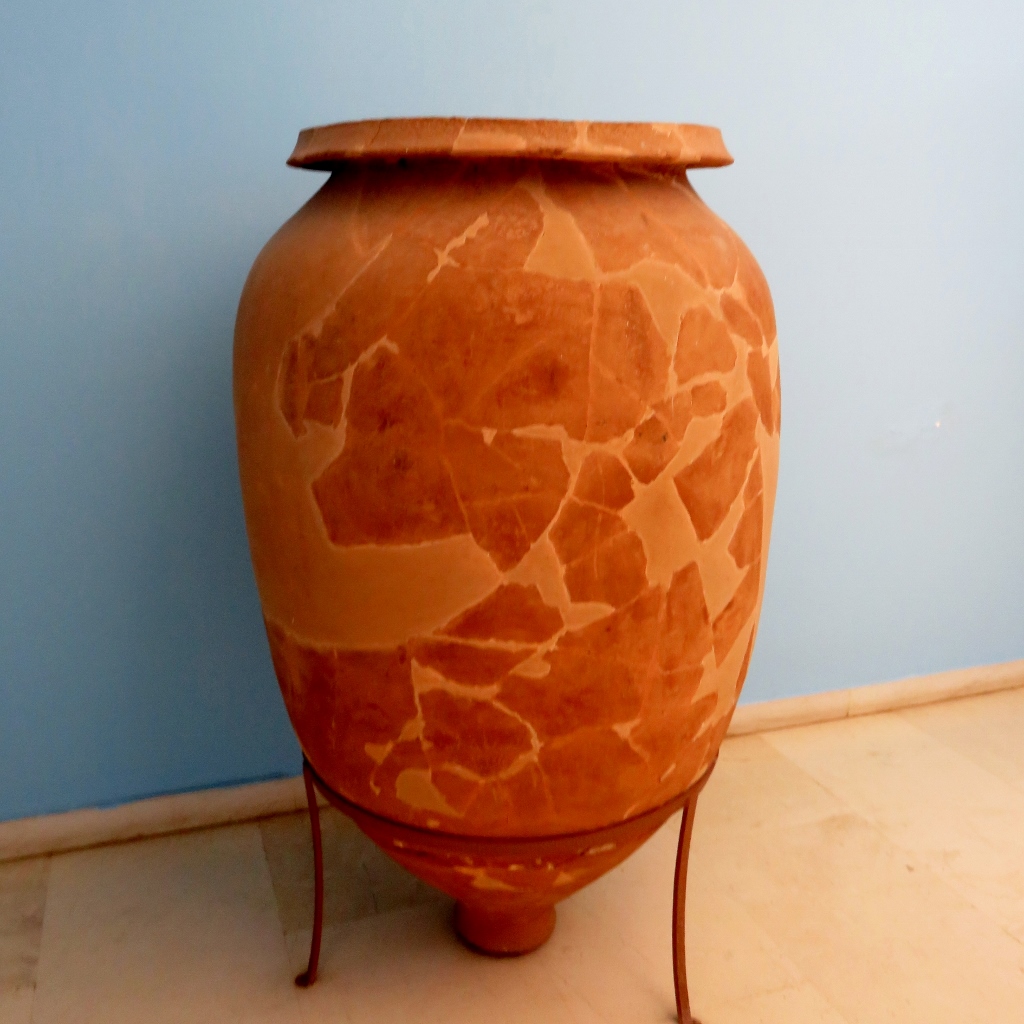 The Sicilian Regional Gallery and Archaeological Museum in Palermo contains masterpieces of the Greek Colonies. On the ground level Selinunte Hall, small architectural statues were displayed from the Greek colony of Selinous. This south-western colony was built by colonists from Megara, Greece. The predominant themes of the art work included: Demeter (Mother Earth) and her daughter Persephone (who was the forced bride of Hades, the underworld king); Heracles (Hercules); Apollo; Perseus slaying the Gorgon; the sacred wedding of Zeus and Hera; and other heroes of Greek mythology. “Sicily is the land of Mythology,” said our Arba Sicula Tour guide Dianna Mazza, under the leadership of Dr. Gaetano Cipolla.1 Tinos is another island seeped in Greek Mythology. 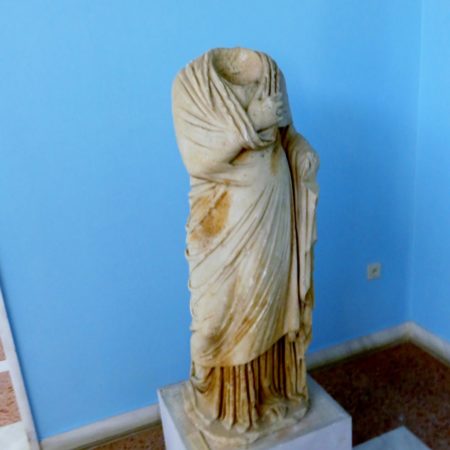 Demeter, Poseidon, Amphitrite are ancient treasures showcased in the Tinos Archaeological Museum. I visited on aSunday, June 2016 morning during a Kapogiannis Tours with the Metamorphosis Church of Tripoli. The Museum of Tinos has exhibits from the Hellenistic Temple of Poseidon and Amphitrite, sanctuary of Demeter from 7th c. B.C., and island sites. It was designed by Ch. Bouras in the early 1960’s by the Athens Archaeological Society.

The 7th century B.C. sanctuary dedicated to Demeter lies in the interior island of tripotamos, discovered in the 1950’s. Pithoi (vases) have mythology scenes. Tinos had a local workshop that created pithoi illustrating religious beliefs and practices. Some of the exhibits include: funerary vases of 10th-8th century B.C., vases from 6th to 2nd centuries B.C., heads of Hellenistic statues and roman copies, grave reliefs from the cemetery at Xoburgo and other works.

I enjoyed being in the courtyard on this pleasant spring day. Sculptures from the coastal sanctuary of Poseidon and the sea Goddess Amphitrite at Kionia gave me an insight of Roman society. Statues of Roman emperors and nobles, imaginary and real sea beings provided an enjoyable courtyard stroll.2

Finding the museum was difficult. It is in the middle of a block on the way to the Church of the Panagia Evangelistria. Church bells were ringing every 30 minutes that Sunday morning reminding the tourist of the advent of Christianity in the midst of a pagan past excursion. Tourists will find the museum an educational experience.