On the Road in Greece: Comedy in Tripoli, Arcadia 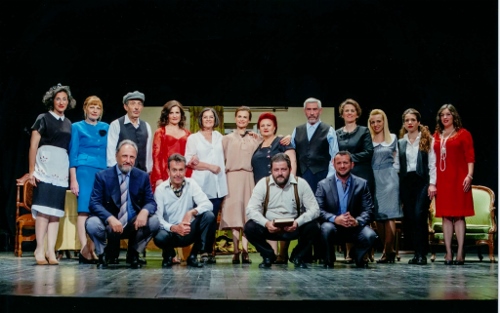 Educators are dedicated and serious on improving the quality of life in Greece. It is not a job to them. It is a ministry. The Theatrical Group of the Primary Education Teachers Arcadia presented the comedy “not me” (Den Eime Ego) at the Malliaropoulios Theatre from May 30, 2016 to June 12th, the comedy was by Gregorios Xenopoulos. Funny, convincing and an escape from reality describes our enjoyment in being in the audience. The only reason we were there was to support Professor Spiro Vardouniotis and his fellow actors who are a world class theatrical company.  They are open to bring their company overseas, so the Greek diaspora can enjoy their productions.

The plot centers on Mathematics Professor Peter Papapetros who in his logic believes the illness of Prosecutor Challer is a split personality of A and B. Professor Papapetros convinces everyone there is “No One”: person A who is wise and B a loser. The play satirizes people who rely heavily on logic alone. The human forces of imagination and intuition must be considered. 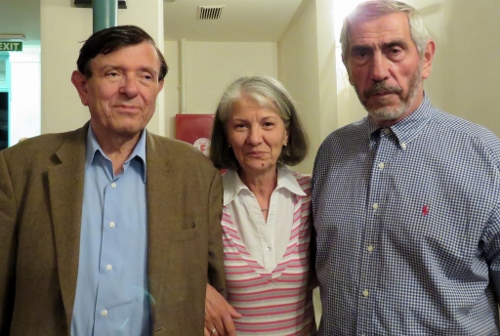 Who is Grigorios Xenopoulos?  He was born in Constantinople in 1867. He died in 1951. Mr. Xenopoulos was a novelist, journalist and writer of plays from Zakynthos. He was lead editor in the now-legendary magazine “The Education of Children during the period from 1896 to 1948. He was the magazine’s main author. His was the trademark signature “yours faithfully, Phaedon”, which he used in letters addressed to the magazine. Mr. Xenopoulos was the founder and editor of the “Nea Estia” magazine, which is still published. He became a member of the Academy of Athens in 1931. He founded the Society of Greek Writers with Kostis Palamas, Angelos Sikelianos and Nikos Kazantzakis.1

The educators have participated in the following performances for twelve years: “Youth for a Dime”, As. Gialamas-K. Prenteteris: “Looking for a Liar”, D. Psathas; “The Woman Cardplayer”, D. Psathas;  The Seagull Brings Babies”, M.  Repas, 2 years; “A Crazy, Crazy 50 Year Old Woman”, A. Sakellarios; “Dust in the Eyes”, E. Lampis;  “The Dream of the Scarecrow” E. Trivizas, 2 years; “The Magical Pillows”, E. trivizas; “Odyssevach” X. Kalogeropoulou; and “To Sklavi” (The Son of a Slave”, X. Kalogeropoulou.

Special appreciation in the program was expressed for the following: The City of Tripoli for their donation of the Malliaropoulios Theatre ; Christina Sarantopoulou; Vasili Mpita; EAS REGION Athletics Federation Peloponnese; Acadia 93.8; Arcadiaportal.gr and www.arcadiasports.gr. Laughing and revisiting an innocent age portrayed by playwright Xenopoulos uplifted everyone’s spirit.