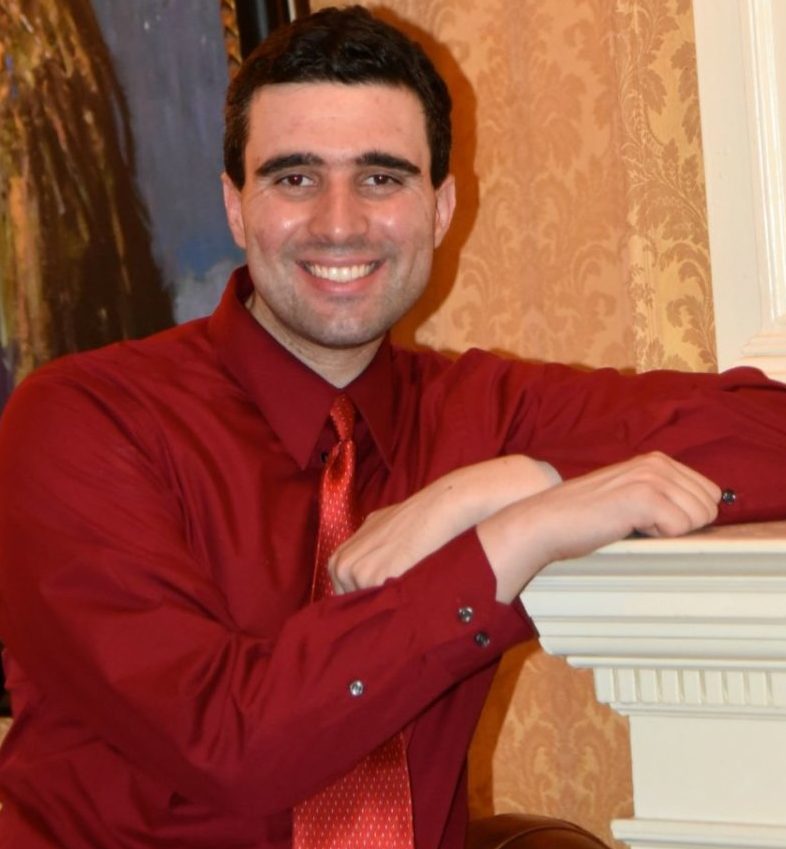 It is with great pleasure that the Hellenic News of America announces that esteemed journalist Markos Papadatos will be inducted into the Hellenic News Hall of Fame, for its 30th anniversary, in its class of 2017, for its fall induction ceremony. In a career that spans well over 10 years in the industry, with well over five thousand articles to his credit, lightning-speed turnaround rates, and countless successes along the way, the beloved Greek-American “power journalist” is finally getting his due.

His articles have been published in seven states, two different languages (English and Modern Greek), and read well over 35 million unique times in cyberspace. What makes Papadatos a fantastic journalist is that the subjects that he interviews are fans of his work, and are always eager to talk to him each chance they get, thanks to his easygoing charm, natural talent and charisma.

Regarding this special news, Papadatos remarked, “Wow. Thank you so much to the Hellenic News of America for this magnanimous honor. A special thank you to Mr. Paul Kotrotsios and Aphrodite Kotrotsios for all of their guidance and tremendous support. The fact that this recognition is coming from the Greek-American community means so much to me, and I couldn’t be prouder of my Greek heritage. I am truly honored to be celebrating this occasion at the 30th anniversary of your bilingual newspaper. My mother, Effie, will definitely be proud. Love you Mom.”

Papadatos elaborated, “I would like to thank every artist, dignitary, and celebrity I ever met or interviewed, as well as every publicist, manager, and agent that made those interviews, concerts and shows a reality. Thank you to all the restaurants I was privileged in critiquing and reviewing. A writer is only as good as his reading audience. It means the world to me that I would be entrusted to tell all of these unique stories to the masses. With over 5,300 original, published articles, I stand here tonight representing nothing but hard work, and by working hard, and being driven to make those dreams happen, I want you all to know that anything is possible in life. I have been doubted my whole life, and I am happy to say that I have proved every single naysayer wrong again and again, and things have turned out better than I ever expected… I would like to thank my alma mater, Queens College, for taking a chance on me from the very start. Had it not been for their newspaper, The Knight News, I would not be where I am today, so thank you for that.”

“I would also like to thank The Paramount and Mulcahy’s Pub and Concert Hall for allowing me to cover their incredible shows and events on a regular basis. Thank you to Neraki Greek Mediterranean Grill, Kalamaki, GreeKrave and Maria’s Mediterranean Seafood and Grill for being the best Greek restaurants out there, and for their warm hospitalities. Thank you Ken Phillips of the Ken Phillips Group for being one of the best and most amazing publicists I have ever worked with in my life. A very big thank you to Janet Russell for taking me under her wing, and for introducing me to the television world. I want to thank all of my closest friends and family members for all of their unconditional love… You know exactly who you are,” he said.

While he has interviewed countless singers throughout his career, two special entertainers that stand out to him are Martina McBride and Jeff Timmons. “Thank you Martina McBride for being the best female vocalist out there, and for being my favorite favorite singer early on in life. I appreciate the fact that thanks to her, I was introduced to country music,” he said.

Papadatos continued, “Thank you Jeff Timmons from 98 Degrees for sharing his gift of music and friendship with me. A quote that describes Timmons the best is one from Leonardo Dicaprio’s Oscar acceptance speech. To paraphrase that quotation,  when DiCaprio was referring to fellow actor Tom Hardy, ‘Jeff, your fierce talent in music can only be surpassed by your friendship outside of the music scene.’ You rock! Thank you for always believing in me and my dreams.”

“Finally, I would also like to acknowledge world renowned magician Criss Angel for being my biggest influence in life… he is a master magician, an incredible human being and a true humanitarian,” the power-journalist concluded.

Previous articleEntrepreneur brings Greek American support to Donald Trump. Marafatsos has been selected to represent the Greek and Cypriot American community on the National Diversity Coalition for Trump
Next articleOn the Road in Greece: Comedy in Tripoli, Arcadia