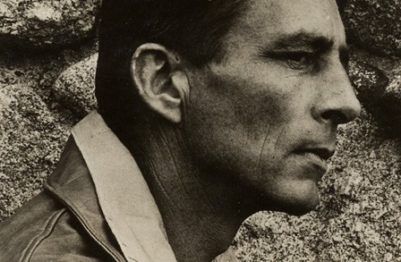 Special to the HNA

Greetings!  I have just returned from California, where I attended the twenty-third annual conference of the Robinson Jeffers Association, which honors and examines the work of one of America’s greatest poets.  Of all those in this illustrious line, Jeffers was the most inspired by classical Greek themes, literature, and culture.

Jeffers himself was likened to the great figures of ancient Greece, including Homer and Sophocles, both during and after his lifetime (1887-1962).  He was born near Pittsburgh, but lived almost all his adult life on the central California coast, the region of rugged hills and cliffs he depicted in his poetry.  His father, an Old Testament scholar, personally taught him Latin and Greek, and had him educated in the best schools of Switzerland and Germany; at eighteen, he graduated from Occidental College in Glendale, California, which now houses a major collection of his papers and where this year’s Jeffers conference was set.

With his young wife, Una, Jeffers discovered and settled in Carmel, where he built a stone house and tower, and lived for the rest of his life.  His narrative poetry, set in California but adapting Greek themes, made a sensation when first published.  Leading American photographers such as Edward Weston came to make portraits of him, and he was featured on the cover of Time Magazine.  His home overlooking the Pacific is now preserved by a trust, and the Polish Nobel Prize laureate Czeslaw Milosz has said of him that his work—as immortal as the Greeks!—would be read as long as the English language endured.

Jeffers made many adaptations of Greek drama, including the Oresteia of Aeschylus and The Bacchae and Hippolytus of Euripides.  Most famous was his adaptation of Euripides’ Medea, commissioned by the actress Judith Anderson, performed to great success and acclaim on Broadway in the late 1940s, and revived in the 1980s with Zoe Caldwell in the title role and Dame Judith, then in her eighties, playing the role of the Nurse.  It was at that time that I had the great good fortune of meeting both Dame Judith and Caldwell, and performing my own interpretation of Medea for them.  I still have the bottle of whiskey we shared to celebrate the occasion, which took place at an event honoring Jeffers.  It was certainly a highlight of my own life.

Jeffers’ own wife Una was a constant inspiration of his work, and their marriage of nearly forty years was full of its own drama.  Drawing on the three-volume collection of their letters edited by the Greek-American scholar and Jeffers biographer, James Karman, and published by Stanford University Press, I chose a range of Una’s letters to portray her as a lover, a mother, and a muse to perform at this year’s Jeffers conference.  They reveal a complicated and formidable personality who had much to give, but who also demanded much in return.  I found great strength in Una’s ability to cope with difficulty and loss, inspiration in her keen response to the people, places, and natural world around her, and courage in the fortitude with which she bore her final illness.  Jeffers often acknowledged the role she played in his art, and much of her personality clearly went into his fictional heroines, including his Greek ones.

Jeffers himself had a deep affinity with the women of Greek drama.  One of the figures he most closely identified with was the Trojan princess Cassandra, the prophetess whose fate it was never to be believed.  Here is his late poem for her:

The mad girl with the staring eyes and long white fingers

Hooked in the stones of the wall,

The storm-wrack hair and screeching mouth:  does it matter, Cassandra,

Whether the people believe

Meet a tiger on the road.

Therefore the poets honey their truth with lying; but religion-

Pour from the barrel, new lies on the old, and are praised for kindly

No, you’ll still mumble in a corner a crust of truth, to men

And gods disgusting.—You and I, Cassandra.