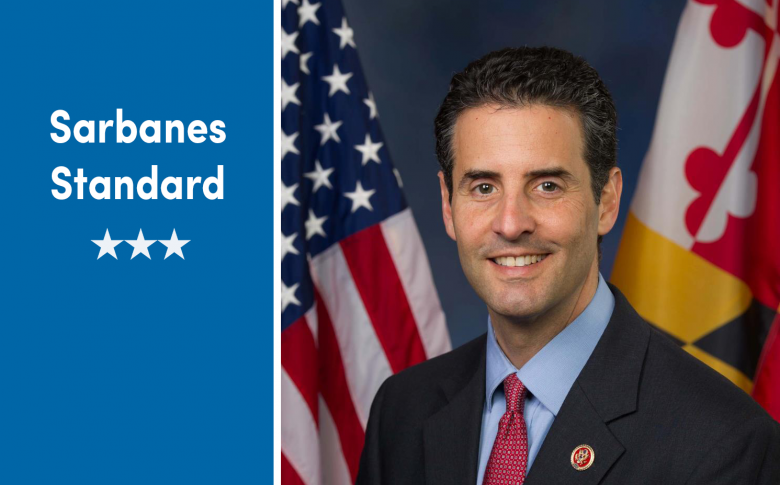 The past few days have been among the most shocking and distressing since I was first elected to Congress. Though I am surprised at the pace with which this Administration has devolved into chaos, I cannot say that I am surprised that we eventually arrived at this place. The President’s erratic and self-absorbed behavior – governing by destructive impulse rather than by any degree of reasoned deliberation – is increasingly putting our country at risk.

The recent spate of events began with President Trump’s sudden firing of FBI Director James Comey.  In a television interview, the President admitted that the Director’s firing was rooted in his displeasure with the ongoing investigation of Russian interference in our election and potential collusion with the Trump campaign. Then it was revealed that the President asked Director Comey to end his investigation into improper foreign contacts and payments received by former National Security Advisor Michael Flynn.  Next, we learned the President inexplicably decided to release highly classified information to top Russian officials.  All of these things deserve careful investigation and I am pleased that Deputy Attorney General Rod Rosenstein has used his authority to appoint former FBI Director Robert Mueller as special counsel to conduct that investigation. Mr. Mueller’s job will be to find the facts and determine if laws were broken by the President or top officials in his campaign or in the Administration.

Although appointment of a special counsel is an important first step, I believe that the Congress must also establish an independent commission to examine the issue of Russian interference in our elections and any Russian ties to the Trump campaign.  In the meantime, Congress must exercise robust oversight using our standing committees. Speaking as a member of the Oversight and Government Reform Committee, we have a responsibility to ensure that Administration officials do not violate their oath of office or seriously undermine public confidence in the performance of their duties.  To that end, I have recently written to the Republican Chairmen of the Judiciary Committee and the Oversight Committee to demand that we do our oversight job.

Once the special counsel investigation and Congressional oversight have been completed, it will be the duty of every member of Congress, regardless of party, to analyze the facts dispassionately and draw a conclusion as to next steps. Though I have stated my profound concerns about President Trump, I have deep respect for the Presidency and the carefully calibrated checks and balances established in our Constitution. I am convinced that our democratic institutions remain strong enough to follow the rule of law and deliver justice whatever form it may take.

We face many challenges – extreme economic disparities, climate change and the continued scourge of terrorism to name a few – but we will not make adequate progress on these and other issues unless our democracy remains strong and the public has confidence in its elected officials. I will work hard to reinforce our democratic traditions and practice a politics that can build trust between government and the public.

Let me end with these observations.  The President promised Americans he would clean up Washington – “drain the swamp” – and transfer power back to the people.  Instead, he has pulled power to himself and his family.  That broken promise will lead to even more frustration on the part of those who feel betrayed by Washington.  I’ve heard their grievances – the concern that big money in politics, partisan gridlock and other systemic failures have left far too many Americans voiceless and powerless in their own democracy.  Washington needs to be more accountable to the people, but Donald Trump is not the answer.  Real, meaningful reforms are the only way to address deep-seated public cynicism.

That’s why I’ve introduced the Government By the People Act in each of the last three Congresses, so that ordinary Americans can take the power back from the wealthy and well-connected who call the shots in Washington today. As chairman of the Democracy Reform Task Force, I am working with my colleagues to ensure transparent government and develop other important solutions that make government work on behalf of the public interest, not just the special interests.  Rest assured I will continue to fight for these reforms so long as I am fortunate enough to serve in the House of Representatives.