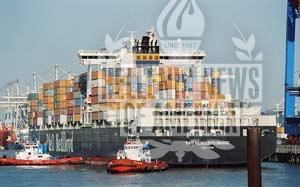 Seanergy is a Marshall Islands corporation with executive offices in Athens, Greece. The company is engaged in the transportation of dry bulk cargoes through the ownership and operation of dry bulk carriers. The company’s current fleet includes 20 drybulk carriers (4 Capesize, 3 Panamax, 2 Supramax, 1 Handymax and 10 Handysize) with a total carrying capacity of 1,295,594 dwt and an average rate of 13,5 years.

There is no question these are critical financial times for a lot of marine companies including seanergy. According to the financial Estimates given for the end of 2011 in Friday’s meeting the year’s revenue is expected to come up to $99,8 million with the Genereal and Administrative Expenses being $8,6 million.