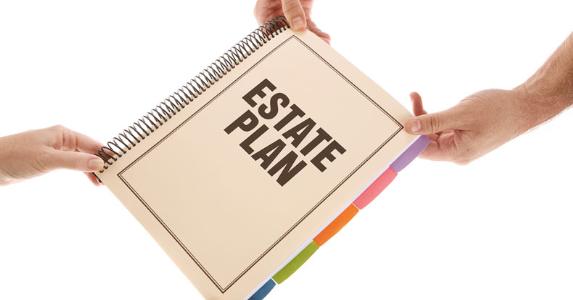 Estate taxes are zero or very low for the large majority of estate cases in Greece and there is no reason for someone who is entitled to an inheritance share in Greece not to settle it now and pass it to his/her name. In addition, real estate property prices have started climbing again, after eight years of depression and low demand, which means that properties left abandoned for several years may start having value again.

The lawyer who will be retained to advise on settling an estate in Greece will ask first for basic information, including the nature of the assets and their exact location in Greece, the death certificate of the deceased from the country where it was issued with an Apostille stamp or the certification by the local Consulate of Greece, the close of kin of the decedent and whether a Will has been found or probated or not.

The nature and location of the assets, which the deceased owned in Greece, must be known by anyone who wishes to claim them as an inheritor. Real estate properties can be identified by their titles, which are deeds (contracts) executed by the deceased when he had bought, inherited or was gifted properties or obtained them in other legal ways. Having simply copies of them will immensely help the lawyer who will run the settlement of the estate. If the heir does not have the titles, deeds or contracts of the properties belonging to the estate, a lawyer can locate and obtain certified copies of them, as long as the heir can provide information on the specific place in Greece, where the real estate is located. Thus, knowing the full name of the deceased and of his parents and the location of the properties (village or town) can lead to their legal titles at the land registry.

Apart from the titles, information on who is using today the properties, and what are their boundaries and form, is also significant. Since older titles and deeds are not very detailed and do not contain accurate information on the exact coordinates of the properties, the heirs will either need to have the key to the apartment or the house, or to know how to actually get to the land or plot of the estate. Local people, friends, neighbors or relatives may be extremely significant, because they may be the only ones who can lead the heirs or the civil engineer appointed by the lawyer, to the exact location of the real estate which belonged to the deceased.

The exact location, form and boundaries of the properties of the estate, are needed because the heirs must declare them to the tax authority and to the Ktimatologio land registry. The declaration must be very detailed and the best way to do it is to have a civil engineer inspect and survey them, providing their GPS coordinates. With such accuracy, the protection of the properties from trespassers becomes easier and conflicts with neighbors may be avoided.

The settlement of the estate will also require the full names of the close of kin of the deceased, who may be a spouse and children, or siblings, nieces and nephews, grandchildren, parents etc. If the deceased was born in Greece, but died in another country, and the marriage and birth of children is not recorded in Greece, the relevant certificates will have to be obtained from abroad, officially translated in Greek and registered in Greece, so that vital documentation is issued by the Greek authorities to settle the estate. Two witnesses, in Greece or abroad, may be needed, in order to declare the close of kin, if they are not stated in the family status registry of the Municipality of the deceased. If the deceased was not born in Greece, documents similar to the close of kin certificate must be obtained from the foreign country, as well as a letter with legal advice by a lawyer or jurist or the state in the foreign country, outlining who are the heirs, especially if the intestate succession is applied, in cases where no Will was left.

If a Will has been probated outside of Greece, it will have to be translated and probated in Greece, as well. In case more than one heirs are entitled to a share of the estate, there is no obligation for all of them to act together in order to settle the estate, although this would be ideal to save time, effort and, potentially, conflict. A power of attorney by each heir to the lawyer in Greece will be needed so the estate is managed in Greece on behalf of the heirs. The time limit to file an estate to the Greek tax authority is four or twelve months, depending on whether the heirs live in Greece or not. Settling the estate after the expiration of these time limits is not impossible, but it may generate taxes and fines which could have been avoided. In cases where the deceased passed before the 1st of January 2004, the estate tax is zero irrespective of the value of the estate.

Apart from the above general matters, each estate case may involve similar or different facts and details, which may call for specific action not necessarily described above. Consulting with an attorney, who is practicing estate law in Greece would be the right thing to do, in order to exercise inheritance rights.