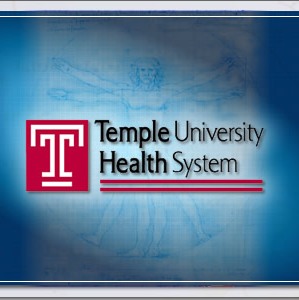 (Philadelphia, PA) – Temple University Hospital (TUH) is the first hospital in the city of Philadelphia to establish a public cord blood donation program, giving new parents the ability to give one life and save another: by bringing their baby into the world, and by donating stem cells from the otherwise-discarded umbilical cord blood.  These stem cells can be made widely available to patients in need of life-saving transplants.

TUH’s Women and Infant’s Division is partnering with The Mason Shaffer Foundation and Community Blood Services – a non-profit organization that operates a public-cord bank in New Jersey – to establish The Mason Shaffer Public Cord Blood Program at Temple, at no charge to donors or to TUH.

Expectant moms and families receive educational guidance about the opportunity to donate their babies’ umbilical cord blood for free.  This donation is then listed on the National Marrow Donor Program’s “Be the Match” Registry for use by patients in need of a stem cell transplant, and by researchers to advance the development of new treatments.

“After a baby’s birth, and after the cord is clamped and cut, the blood remaining in a portion of the umbilical cord and the placenta is collected with no risk to baby or mother. This cord blood is a rich source of stem cells which can be used to treat leukemia, lymphoma, sickle cell anemia, and about 70 other cancers and diseases,” says Dimitrios Mastrogiannis, MD, Temple’s Director of Obstetrics and Maternal Fetal Medicine and Director of Labor and Delivery.

“Ethnically-diverse groups are underrepresented as cord-blood donors, and have a lower chance of finding a matching donor.  Having a more diverse registry helps to increase the likelihood that all patients will find a match – giving more minority patients the same chance at life as Caucasians, while also facilitating research of diseases prevalent in minority populations.  Furthermore, cord blood donation could also enhance our basic research programs on fetal and neonatal immunity” he adds.

The new program at Temple is one of only a dozen statewide and the only one in Philadelphia County. It is named in honor of 5-year-old Pennsylvania resident Mason Shaffer, whose life was saved by a public cord blood donation after being diagnosed with Malignant Infantile Osteopetrosis, a life-threatening blood disorder, when he was just seven months old.

“Thanks to publicly-donated cord blood, our son was cured, which changed our family’s lives forever,” says Sarah Shaffer, Mason’s mother, and founder of the Mason Shaffer Foundation. “Expectant parents who choose to donate their newborns’ umbilical cord blood can save the lives of more patients, like Mason, who need life-saving stem cell transplants,” she notes.

About the Mason Shaffer Foundation

The Mason Shaffer Foundation is a 501(c)3 non-profit organization founded in 2010 by Sarah and Marc Shaffer.  Their son Mason received a successful stem cell transplant in 2009 from donated cord blood.  The Mason Shaffer Foundation was established to expand the network of hospitals that participate in cord blood donation programs and promote education on the cord blood donation process.  Other goals of the foundation include funding umbilical cord blood stem cell research and establishing a support network for families of children with Malignant Infantile Osteopetrosis.  The foundation’s board also includes Mason’s transplant physician, pediatrician, and close family and friends.  Additional information about the foundation is available at www.MasonShafferFoundation.org

In 2005, New Jersey became the first state in the U.S. to create a publicly funded umbilical cord blood and placental stem cell bank and education program. In 2007, Community Blood Services took over all operations of the New Jersey Cord Blood Bank (NJCBB), becoming New Jersey’s only not-for-profit public cord blood bank. Today, the NJCBB is a member of the National Marrow Donor Program (NMDP) and National Cord Blood Inventory (NCBI) and collects umbilical cord blood from mothers delivering at designated hospitals in New Jersey and Pennsylvania. The umbilical cord blood units are then listed on the NMDP’s Be The Match Registry, which is searched for lifesaving stem cell matches.

In addition to being the home of the NJCBB, Community Blood Services is one of the largest independent blood centers serving New Jersey and New York State, supplying blood and blood products to 18-plus hospitals in those states. It is also home to The HLA Registry (HLA stands for human leukocyte antigens, the genetic information encoded on white blood cells) which recruits volunteer marrow stem cell donors and is one of the largest independent centers with the NMDP. Additional information about Community Blood Services is available at www.communitybloodservices.org.