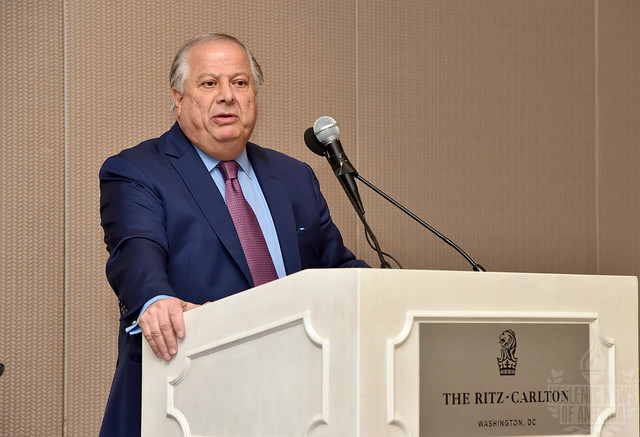 Turkish President Recep Tayyip Erdogan’s purchase of Russian S-400 missiles has exposed the vulnerability of American security interests as well as those of Western World nations in the Eastern Mediterranean.  Decades of our Executive Branch refusing to implement the laws of the land enacted by our Legislative Branch has contributed significantly to this vulnerability. In fact, it is the preeminent factor behind Erdogan’s verging on the first Islamist conquest of Western World territory and resources in modern history — the northern third of our ally Cyprus.

In 1964, President Lyndon Johnson adhered to the law and stopped Turkey’s attempt to use American arms aggressively against Cyprus.  Subsequently, systemic neglect of laws has created a mounting number of problems. In 1974, when Turkey again moved to invade Cyprus, President Richard Nixon and Secretary of State Henry Kissinger decided to ignore 22 US Code Section 2314(d) that required terminating the shipment of American arms to countries using them aggressively.  Emphasizing the importance of adherence to the “rule of law”, the Legislative Branch enacted an embargo on arms to Turkey that the Executive Branch should have imposed. Yet, in contravention of both laws, the Executive Branch trans-shipped arms to Turkey through Europe.

This occurred even though Turkey evicted 200,000 of our Greek-Cypriot allies from their homes and destroyed 500 historic Christian Churches in the occupied northern third of Cyprus.  This Executive Branch conduct started decades of our green lighting Turkish aggression. A few of the several other examples include: the Congress’ lifting of the Turkish Arms Embargo on the condition of its immediate re-imposition whenever the President could not certify to the Congress that Turkey was withdrawing from Cyprus.  In the decades since, Turkey has greatly increased its occupation on Cyprus, yet, our Executive Branch certifies to Congress every few months for decades that Turkey is moving to withdraw.

The Executive Branch also refused major Congressional requests that they find out what Turkey had done with five American citizens they took prisoner when they invaded Cyprus.  Only when Congress passed a law did Turkey return the bones of vacationing 16-year-old Andrew Kasapis of Detroit. Our government did next to nothing for the other four missing Americans nor was Turkey condemned for executing and dumping them in mass graves with over 1,000 Cypriot men, women and children.  That green light moved Turkey to violate Geneva Conventions with the transfer to Cyprus of 400,000 Turkish settlers including extremist Imams to take over the small Western World Turkish-Cypriot community of moderate Muslims.

Some good diplomats like the current Secretary of State Mike Pompeo, who attended the meeting in Jerusalem of our Eastern Mediterranean Partnership (EMP) made up of Israel, Cyprus, Greece and America, and like Assistant Secretaries Dick Holbrooke and Wess Mitchell agreed with the Congress’ steady push for regional balance.  These diplomats rejected the Executive Branch’s treatment of the region as a zero sum game, which turns our back on our Western World allies. But the current perspective at the State and Defense Departments will not last forever. America must assure our Executive Branch’s implementation of laws like, the soon to be enacted EMP bills in the Senate introduced by Bob Menendez and Marco Rubio and by Ted Deutch, Gus Bilirakis and David Cicilline in the House.

And it is extremely important for American security interest that it also institutionalizes the current positive relationship with our EMP allies.  Our nation’s Founder James Madison devised the way through our constitutional provisions that make our branches of government coequal. He refers to the Executive Branch’s power of the “sword” and the Legislative Branch’s the power of the “purse”.  The Congress’ control of all funds for the Executive Branch gives them great leverage.

The Chairman of the House Appropriations Committee and the Foreign Operations Subcommittee, Nita Lowey, is beginning to exert that authority to preserve today’s policy of balance in that dangerous region. The Appropriations measure just approved by the House contains language to create, with the Department of State, a unique program for America’s EMP countries.  She is pressing for Washington to annually host officials from the ministries of Foreign Affairs, Defense and Energy from the three EMP countries. This is appropriate because Cyprus, Greece and Israel are the only countries in that region that are stable democracies and always “have our back”.

Each year, EMP officials would have in-depth meetings with their American counterparts during a Washington Summit.  Our officials will learn that Cyprus, Greece and Israel are now and have always been part of America’s team and should be generously treated as such.  This treatment of our EMP allies will also help our country stave off our new challenges in that region from Russia, China and Islamist extremism. Injuries to America’s security interests in the Eastern Mediterranean can only be stemmed with the reassertion of Congressional authority.