The Hellenic Relief Foundation Supporting Those Affected By the Fires
Featured

The Hellenic Relief Foundation Supporting Those Affected By the Fires 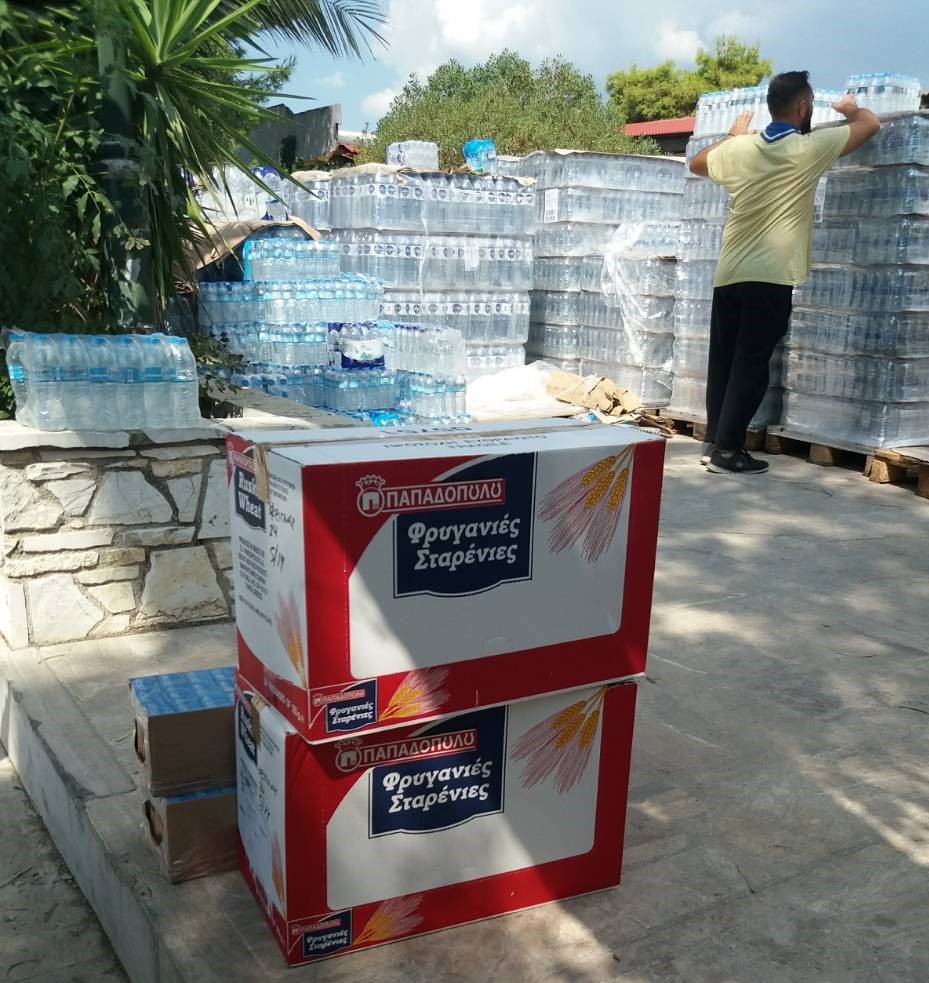 As all eyes are focused on Mati and the humanitarian aid that has been directed there, the volunteers of the Hellenic Voluntary Support, which is the team that carries out the mission of the Hellenic Relief Foundation in Greece, identified a need in another area, Kinetta, where houses were burnt as well.
On July 26th, 2018, a food and first aid distribution took place for those affected by the wildfire in Kinetta. Our volunteers went to the devastated area and delivered 270 portions of ready-made meals and an equal number of packages containing juice, canned goods, rusks, and daily necessity products to the Federation of Associations of Kinetta, which has been designated as the central organization collecting and distributing aid to the victims of the fire.
The aid was delivered with the organization’s vehicle. Among the volunteers was Ms. Antonia Pantouvaki, who lost a house that she had in the area, which was deemed to be a total loss.
Members of the Board of Directors of the Hellenic Relief Foundation and its volunteers are in constant contact with officials on the ground, ready to go wherever needed to aid our brothers and sisters in the best possible way.
Share
Facebook
Twitter
Pinterest
WhatsApp
Linkedin
Email
Viber