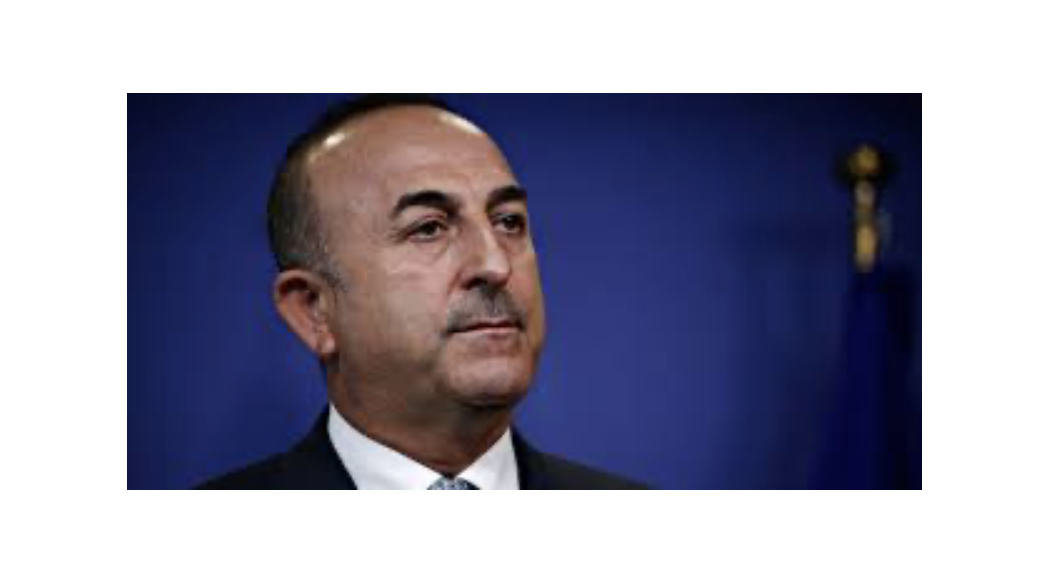 With all due respect to your office, please allow me to submit certain queries which may be shared not only by any average Greek but by any essentially educated Turk, English, Russian or American.

In Greece we still hold true, in our everyday life, a phrase spoken by Alexander the Great to his teacher, the philosopher Aristotle: “Teacher, you do the opposite of what you teach”.

Since your actions in regard to several of your declarations seem to strongly remind us of the phrase above, allow me to present to you a few questions:

On February 18, 2020 in a Twitter message your referred to the President of the Hellenic Republic through the following: “The president of a country which is considered to be the cradle of democracy, calls the Muslim Turkish minority as Greek Muslim minority. This, without regard to the decisions of the European Human Rights Court. Whatever you might say the Turkish minority of West Thrace has been Turkish for centuries and will remain Turkish”.

There had preceded on February 15, 2020 an intentional and totally inexcusable sermon of hatred by “one of your own”, the mayor of Iasmos Rhodopi Oder Mumin, who talked in Prousa of “great victory” and for “the eternity granted by death” along with many other intense propaganda nonsense.

The questions that reasonably arise to every educated man are the following:

Weren’t you who firmly insisted, in the framework of the negotiations for the signing of the Lausanne Treaty, for all who reside in Greek Thrace to be called “Muslims” and not “Turks”?

Did you not insist on a religious and not an ethnic identification because of fear for the millions of Kurds who live inside Turkey?

Do you not ignore decisions reached by your own courts when these are not liked, as in the case of Osman Kavala whom you are detaining without reason for 842 days so far?

How then can you ask from us to respect decisions which even you do not respect or abide by?

Was it not the president of the Turkish Republic Gemal Gurcel (1899-1966) who invited his citizens “to spit on the face of whomever call them a Kurd”?

Was it not your own government which sped to depose, just last year, tens of elected mayors using various excuses just because they were Kurds?

If a Kurdish mayor were to come to Greece and make an inflammatory speech like that given by the mayor of Iasmos Rhodopi, would he dare to return home?

If he did return, would you not have put him in prison immediately as a terrorist and a person dangerous to Turkish public security?

Why then do you instruct “your own people” to systematically destroy the excellent climate, which for entire decades exists between Greek citizens – Muslim and Christian?

Would it not be proper to remind yourselves of the treatment you showed to tens of thousands of Greeks from Constantinople (Istanbul), Imvros and Tenedos before accusing Greece?

Did you not recruit all non-Muslim youth when the Germans invaded Greece in 1941 with the aim of physically exterminating them?

Did you not enforce in 1942, from the security provided by your neutrality during WW II, the selective and exhausting Property Tax upon wealthy Christians and Jews so that you can appropriate the vast assets of Greeks, Armenians and Jews in Turkey?

We’re not you who orchestrated with the excellent coordination of your official government and the paramilitary of the governing party in 1955 the lethal pogrom against the Greeks of Constantinople with devastating consequences regarding their survival in a place where they had set roots for ten full centuries before your own predecessors appear in the same area?

Did you not expel with summary procedures tens of thousands of Greeks from Constantinople with the inhuman deportations of 1964?

Did you not send to Imvros in 1964 all the criminal inmates of Turkey, in an open prison, so that you can expel 92% of the population of the islands Imvros and Tenedos, in the context of operation Eritme Programi (Dispersal program) all of which were Greek?

Have you ever wondered what is today the Greek population of the islands Imvros and Tenedos? Only 1%!

Is it not you who have silenced without any reason since 1971 the Theological School of Chalki which existed in a religious institution rooted for seventeen whole centuries in the City of Constantine with the aim of straggling it?

Don’t you think therefore that all these things that you have done and are still doing is racism extreme and repulsive at that?

How then do you accuse Greeks as racists toward Greek citizens, Muslims in their faith, when you show such extreme, repulsive racism toward millions of people in and out of Turkey – even when they are Muslims?

You consider it logical to care for your “matters of national security” as you see fit but to intervene without hindrance in other countries when they care of such matters as they see fit?

Should you not be showing respect to the great burden that has befallen upon European Greece of ten million residents with the hundreds of thousands of Muslims that Turkey, a country of eighty million, has been sending us systematically for many years now?

Do you consider it fair and right to consider, a century after the signing of the Lausanne Treaty, as a “Turk” every Muslim who lives in Greece, whether Pomak, Roma or simply Muslim?

In the same logic, are you perhaps considering requesting that the thousands of Afghans, Persians, Somalis, Egyptians, Algerians, Iraqis, Syrians, and may other Muslims who you send to us on a daily basis – recently with the escort of a Turkish gun boat, be called Turks?

Don’t you think that the pretext of “our brothers who need protection”, which you used in your invasion of the Republic of Cyprus, is a thing of the past?

Why should you “protect your brothers” even though they are in need of any protection, if we take into account the characteristic example of Cypriot Muslims, while others are obligated to observe without concern the real annihilation of their “brothers” by you?

As a person born in Turkey, expelled without reason from his birthplace at the age of 15 and who since lives in Greece, I do not believe that there exists a single real reason which prevents the people of Greece and Turkey from living peacefully as good neighbors.

I do believe however that, unfortunately, they are kept apart on purpose by politicians with antiquated ideologies who dream of reconstituting the Ottoman Empire in the Twenty-First Century, driving consciously the two people in undesired adventures. Those Turkish politicians who deny the unrealistic dreams of reconstituting the Ottoman Empire are imprisoned systematically.

I sincerely hope that I am mistaken and that which I perceive are true may not be so.

I do however consider as certain that all of my questions will remain unanswered simply because they concern the core of those ideologies which inspire in a compulsory fashion all Turkish politicians in power.

Even though they may remain unanswered, please be certain that these questions will remain timeless and relentless!

*1 Turkish policy toward Hellenism is described in the autobiographical book “The Miracle – A True Story” offered freely in its present third English edition (2019) and in the fifth Greek edition (2020) from the Library of the International Hellenic Association. The free Greek electronic edition of 2020 includes a concurrent bibliography of hundreds of sources in Greek, English, French and Turkish books.