The municipal elections in Cyprus have been postponed

Cyprus President Anastasiades: Turkey will also gain from a just solution to the Cyprus issue 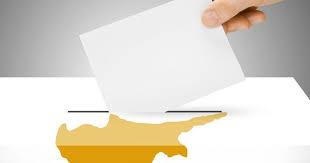 Meanwhile, the Minister of Interior of Cyprus, Nikos Nouris, stated that he was satisfied with the development of the discussion in the parliamentary committee on Home Affairs on the issue of the Local Government reform. “Everyone is facing the big picture of voting for this huge reform effort,” he said, adding that he had co-decided with a majority of parliamentary parties to pass all the reform bills by November 30, 2021 and to extend the term of office of local government officials. 2024 European elections.
“After 10 years of discussions and an intensive consultation between the parliamentary parties and the government, I consider today to be extremely important,” the minister told reporters.

The goal and horizon, said Mr. Nouris, is to see the big picture of the local government reform. “A self-government that faces a lot of problems. “A local government, which has a high priority in the priorities, not only of the government, but also of the European Commission, the need to be fundamentally reformed”, he noted.